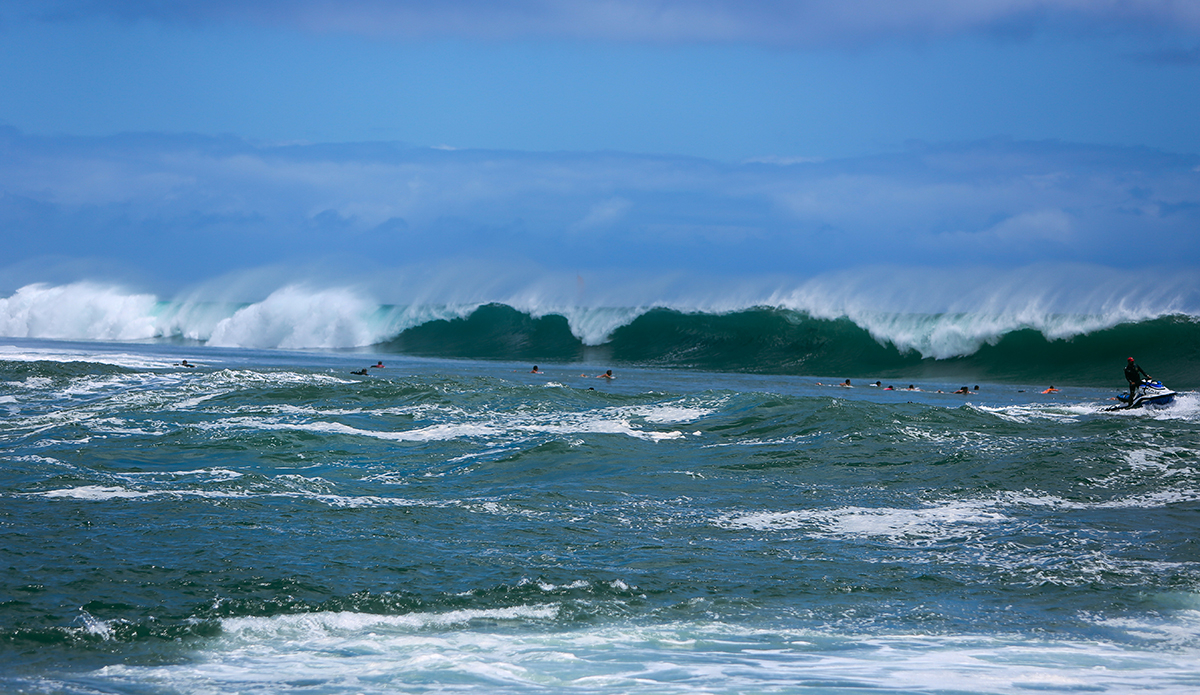 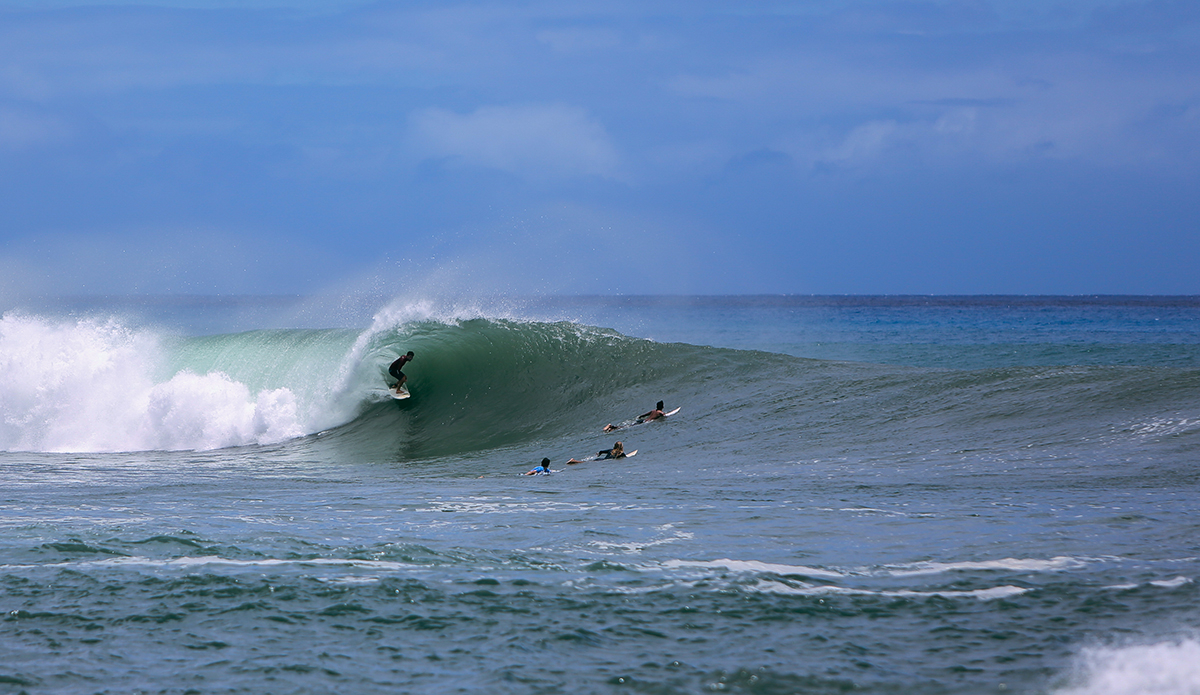 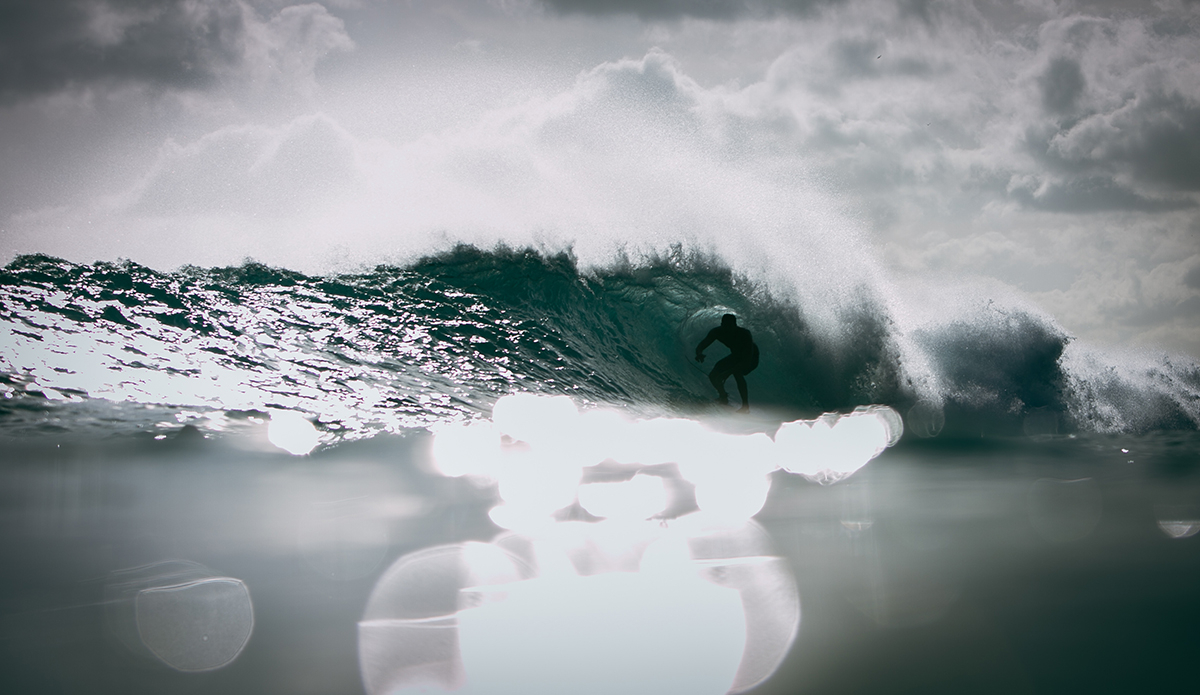 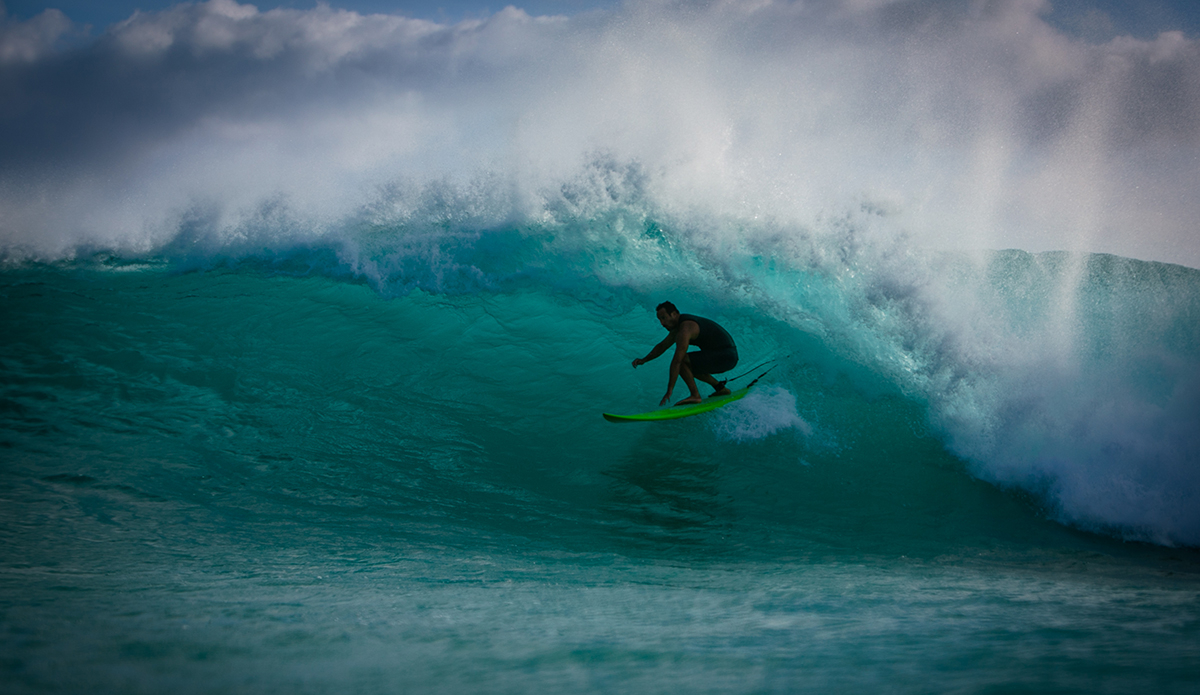 Despite the storm out to sea, things were still beautiful in town. 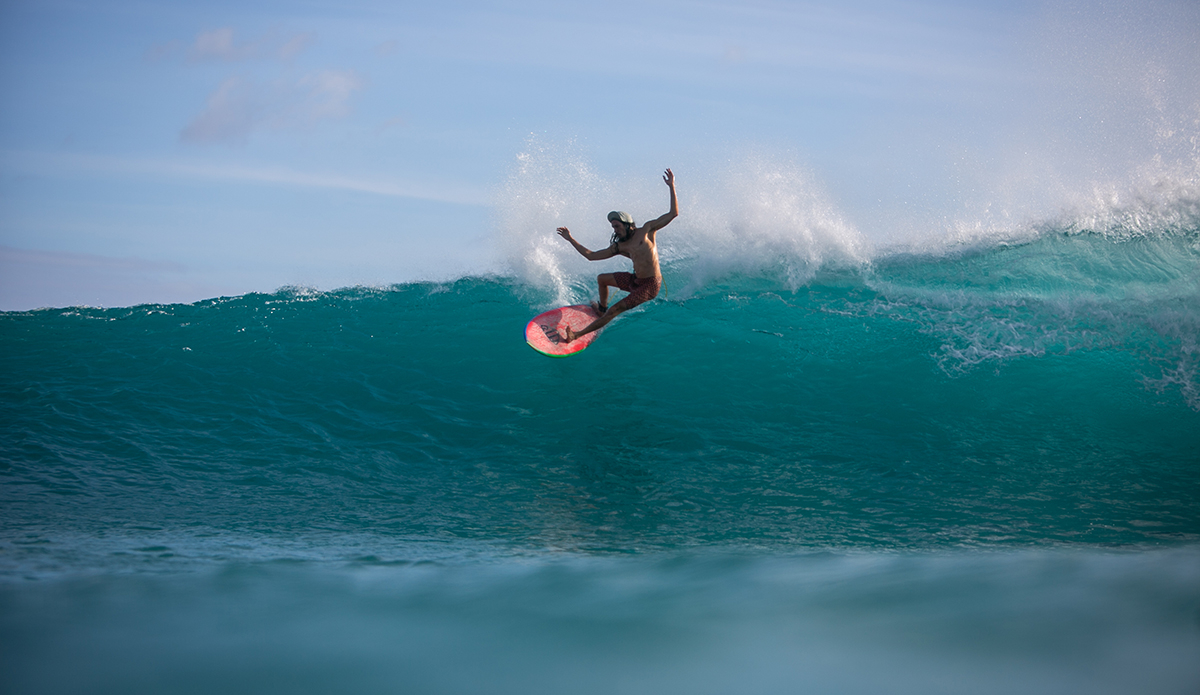 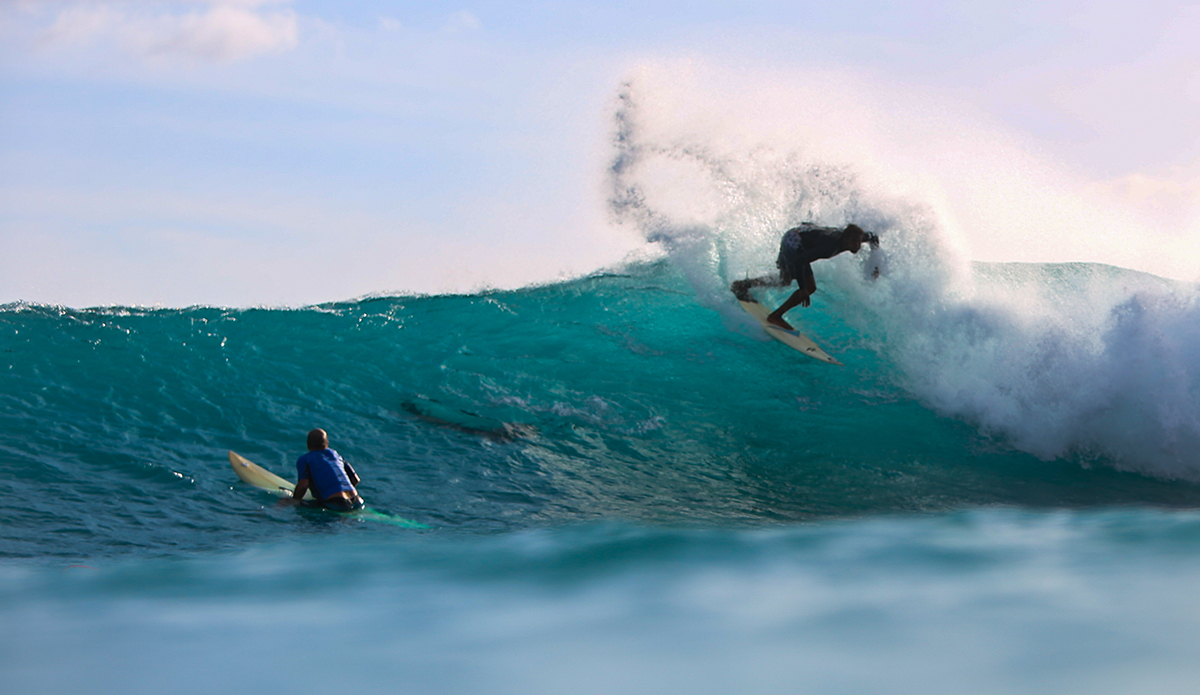 Backhand attacks were definitely on display. 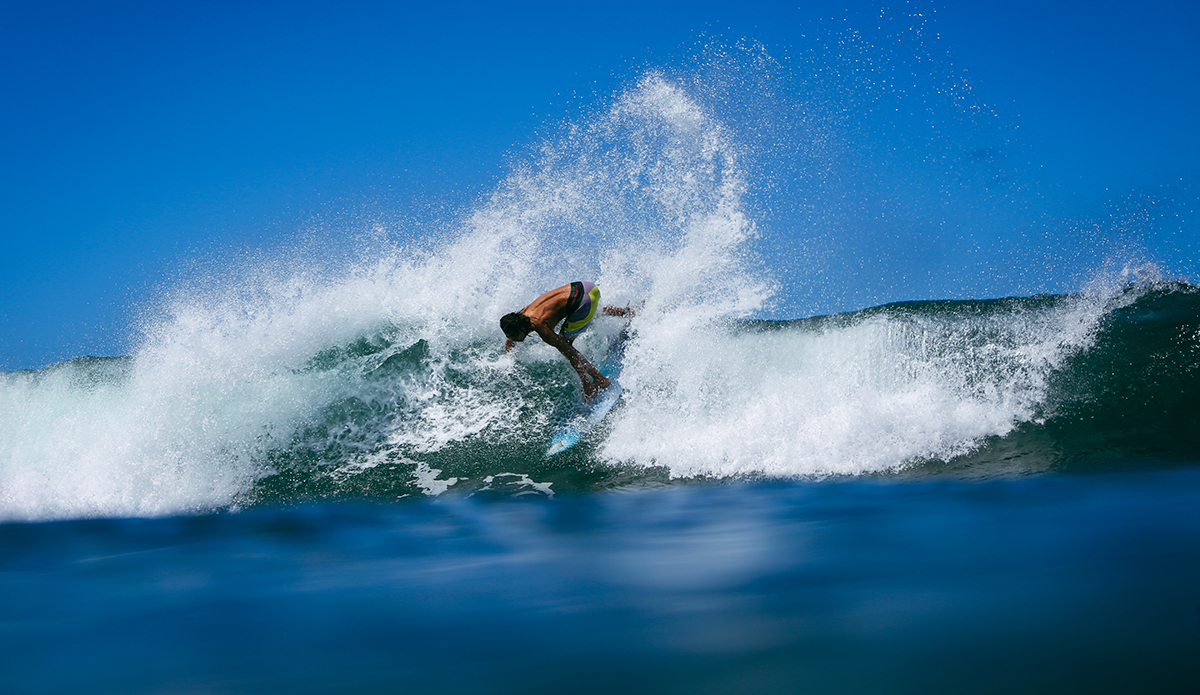 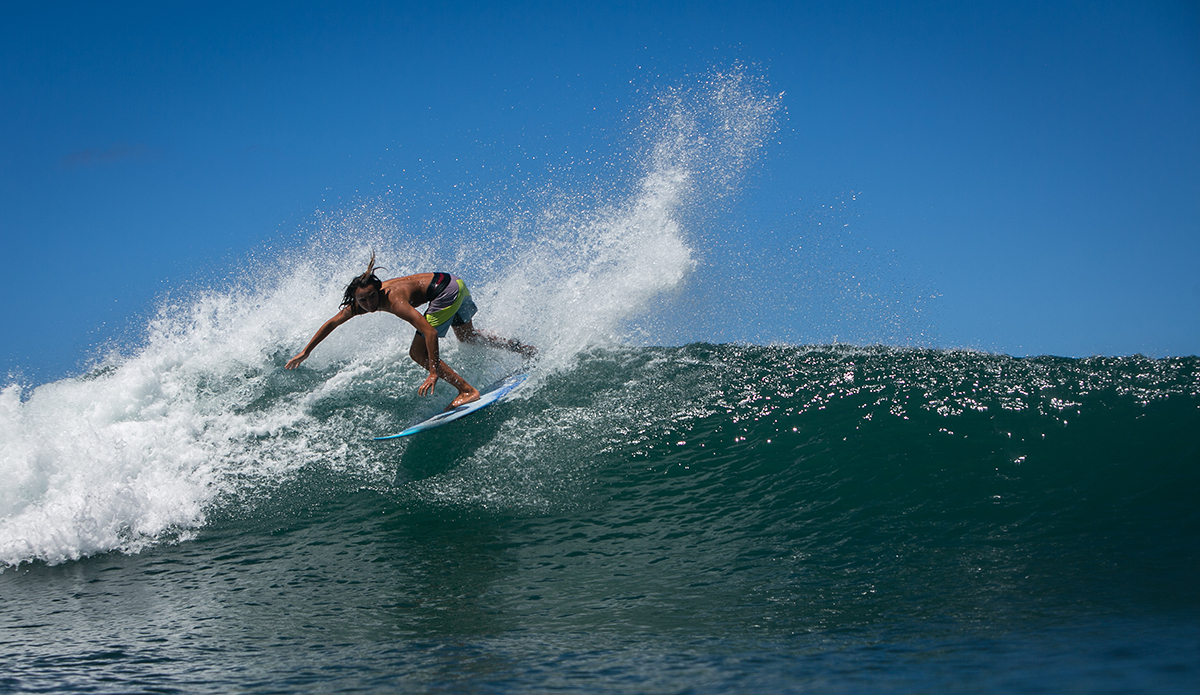 Honolulu is a place that is, for the most part, consistently pleasant. Besides the wind that kicks up, often in the afternoons, the sky stays blue, the weather stays warm, the water stays clear. So when the sky appeared cloudy, the water murky, and the trees quite literally shaking with gusts of wind, a kind of focused energy emerged from town as Code Red 2 hit town.

Honolulu is also a place that is, for the most part, overrun by tourists. (I include myself; you can call me a haole or whatever.) But on this particular day, most of the people out were surfers. Old longboarders biking along the sidewalk, clusters of groms running across the street with their tiny thrusters, I even saw some hipster types carrying asyms. Those on foot were, for the most part, quite literally running down the street: the commonality was that those who braved the rain were carrying surfboards. And they were going to ride waves.

I braved the rain for a different reason. With no car to get to the beach, I walked down the sidewalk, camera safely packed in its housing, fins in the other hand, allowing the rain to soak my hair and bikini. I didn’t care. In fact, it felt great, until I realized I’d walked over a mile and still had a long swim out.

Just a few days before, one of my friends who’d lived on Oahu for a few years showed me a video of Bowls during a crazy swell. He pointed to Mason Ho playing on the buoy in between massive sets. “Look, the buoy broke and washed up onshore,” he paused the video to laugh. “The periods are super long, so it seems like nothing, and then all of a sudden there’s huge waves.” I nodded, but I had never seen a buoy break before in my life. When I got home, my roommate told me Surfline’s prediction for the next few days read “epic.” Hawai’i’s conditions are rarely anything to complain about, and most days the report only reads “fair.”

I blinked back to the present, dunked my camera and mentally prepared myself for the swim out. Turns out I didn’t really need to worry. To my surprise, only a few yards out from the jetty, a ski circled over to where I was treading water, eyeing Threes breaking out in the distance. “I can give you a lift, but no pictures,” the driver said. “I’m not supposed to bring people out, only in.” I nodded vigorously, gratefully hoisting myself onto the back. As we sped out into the water, my eyes widened as the shoreline further drifted into the distance behind me.

I fought the current and assumed my place amongst the other photographers — there were already two. I’d never swam with other people, and we shot the breeze in between sets. When sets did roll in, though, chaos ensued. I’d never seen so many people paddling for a peak in my life, besides Bowls, maybe, but this was different. Etiquette was still on display but there was an aggressive competition in the water.

I know it’s cool to act like it’s nothing, like a swell is just another day in the life. But this swell wasn’t just another surfable window like any other. There were waves that took me over a hundred feet away in a few seconds. There were times where, a split second after snapping a photo, I was forced to dive down towards the reef to avoid getting cut up, pretending I was Ben Thouard at Teahupo’o. The chaos and adrenaline, mixed with my fantasy, was so fun I didn’t get back home until six hours later, after I washed up right on the beach at Canoes with a dead camera battery and a full memory card. I heard the buoy broke, too.

We’re supposed to get some solid swell this weekend. Somehow, I don’t think it will compare to that swell in July. That might have been the swell of the summer.