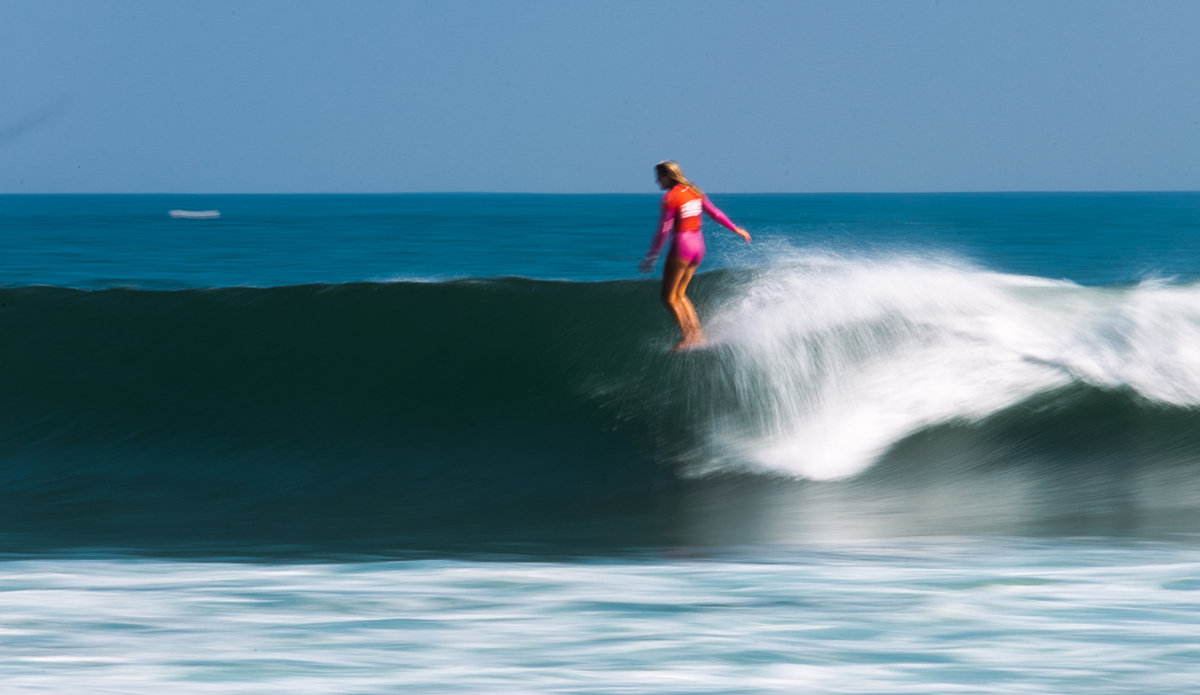 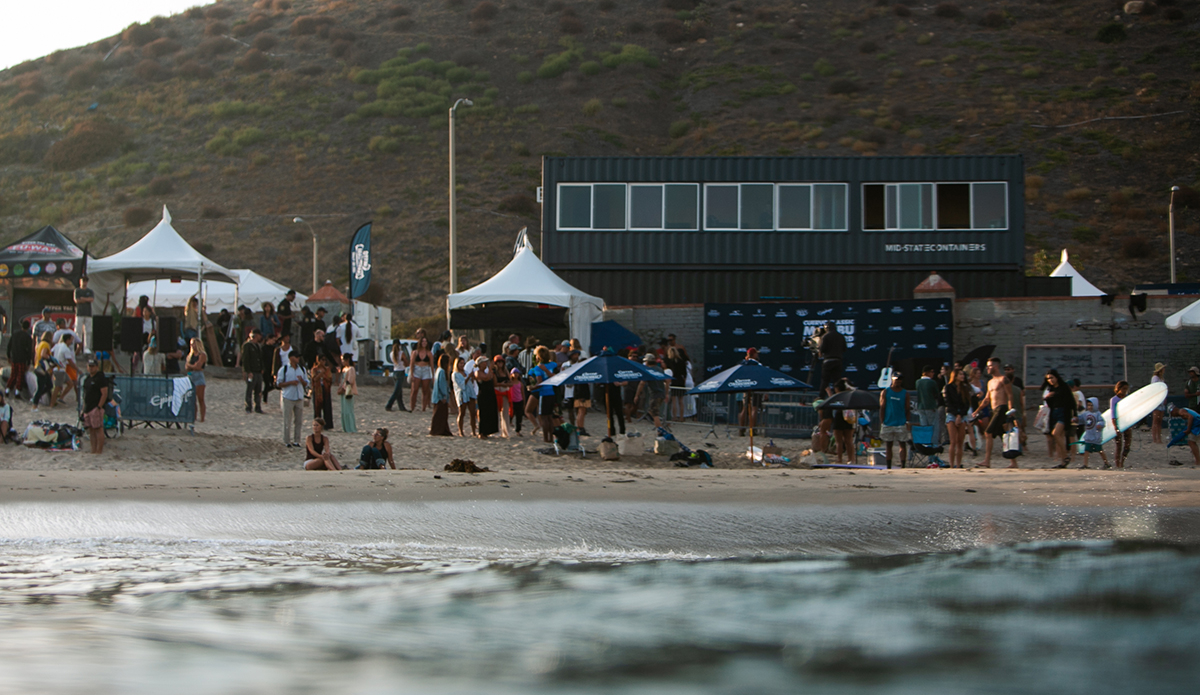 "The parking lot was still full of its usual characters — people milled about, hanging out in haphazard truck bed conversions and in foldable camping chairs." 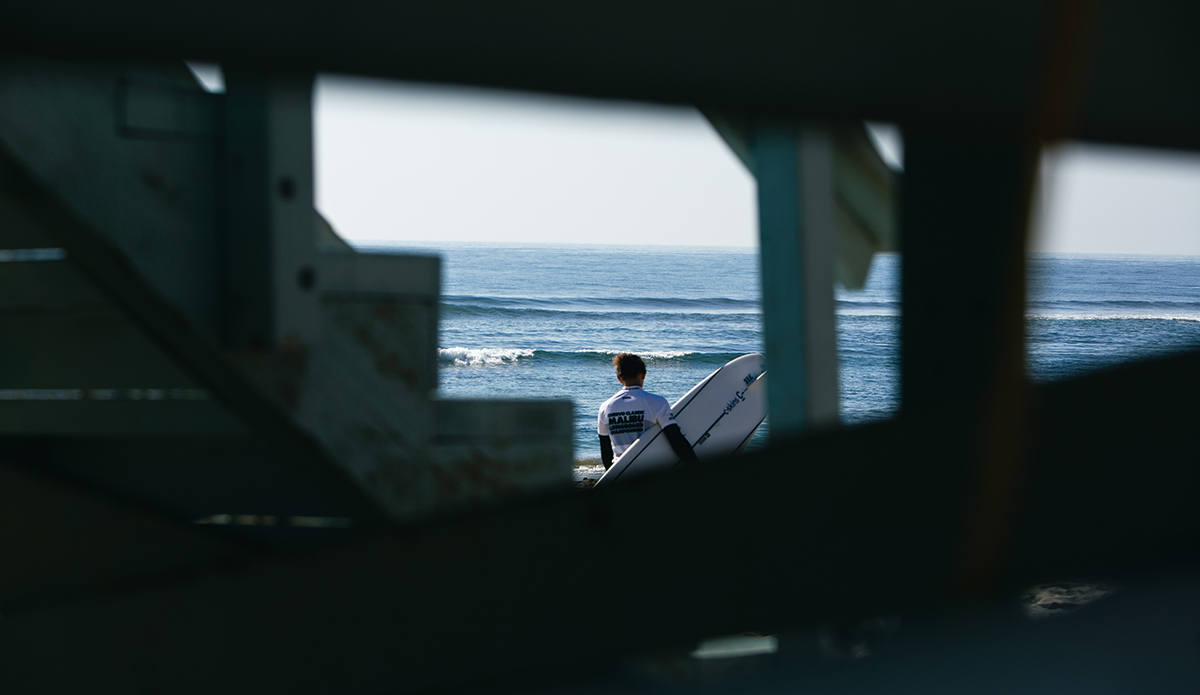 The view from beneath the pier. 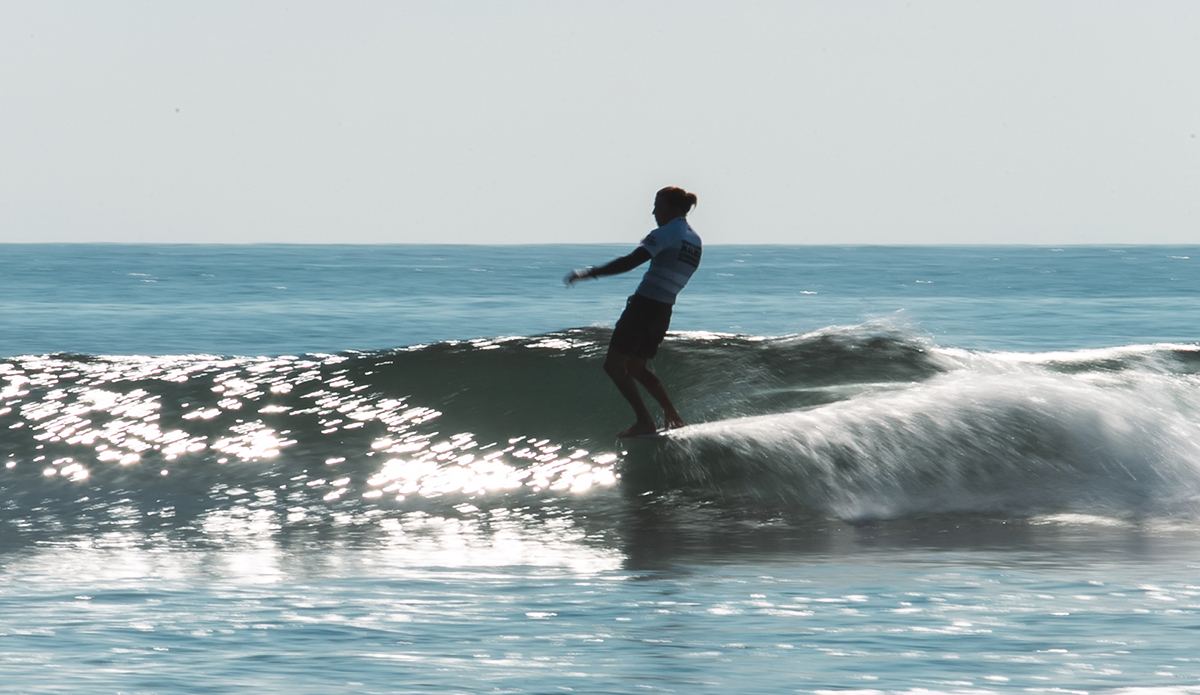 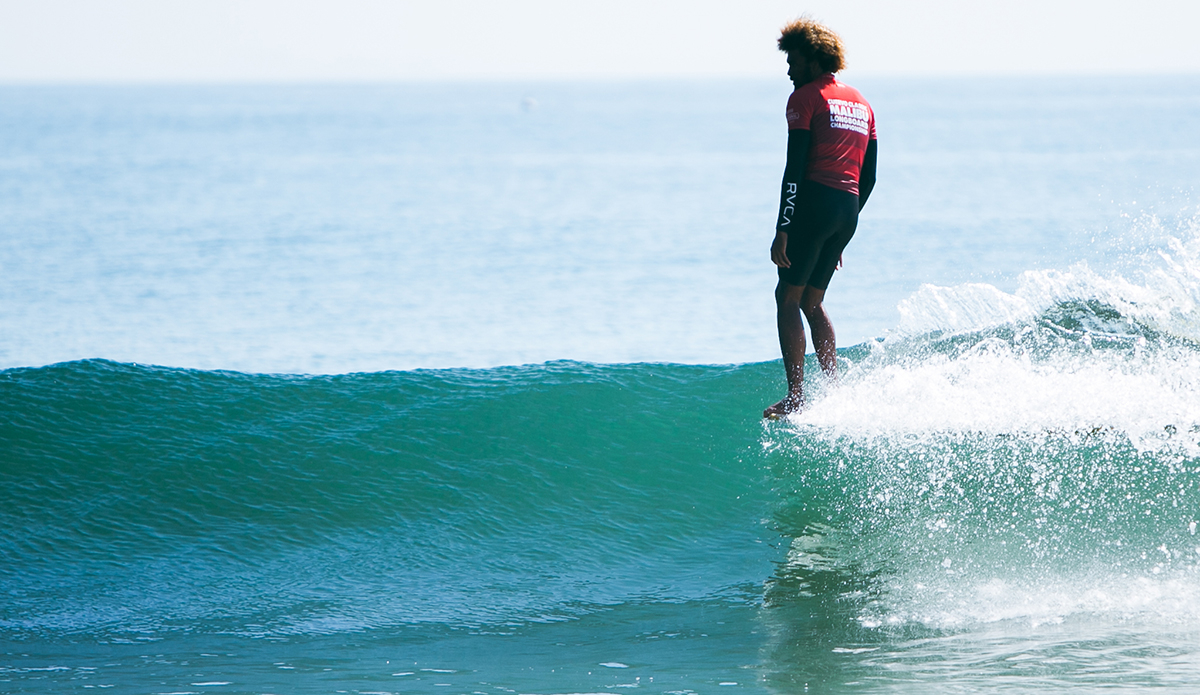 Kaniela Stewart, and his trademark style that nearly won him a world title. 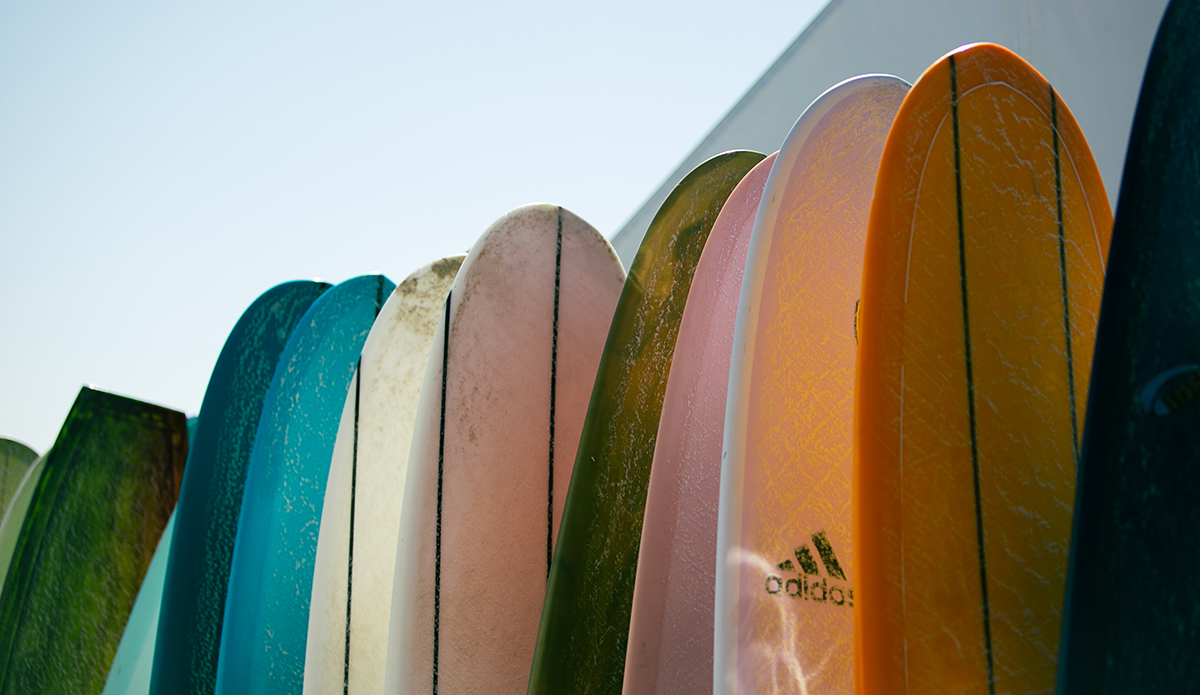 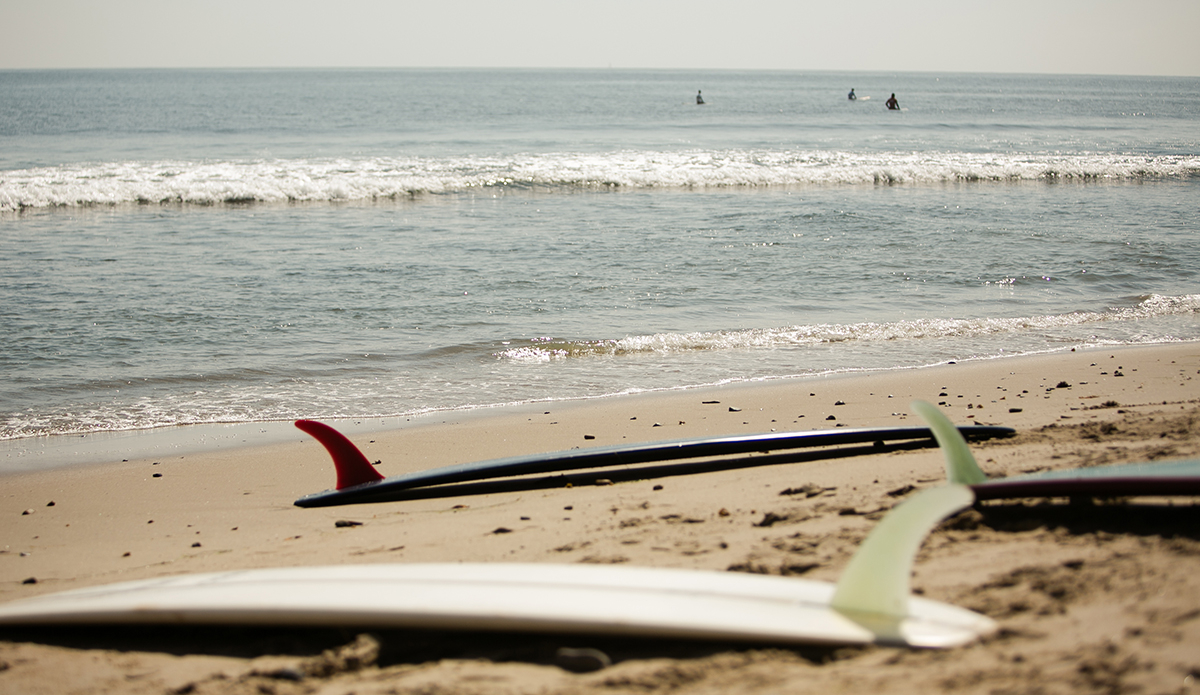 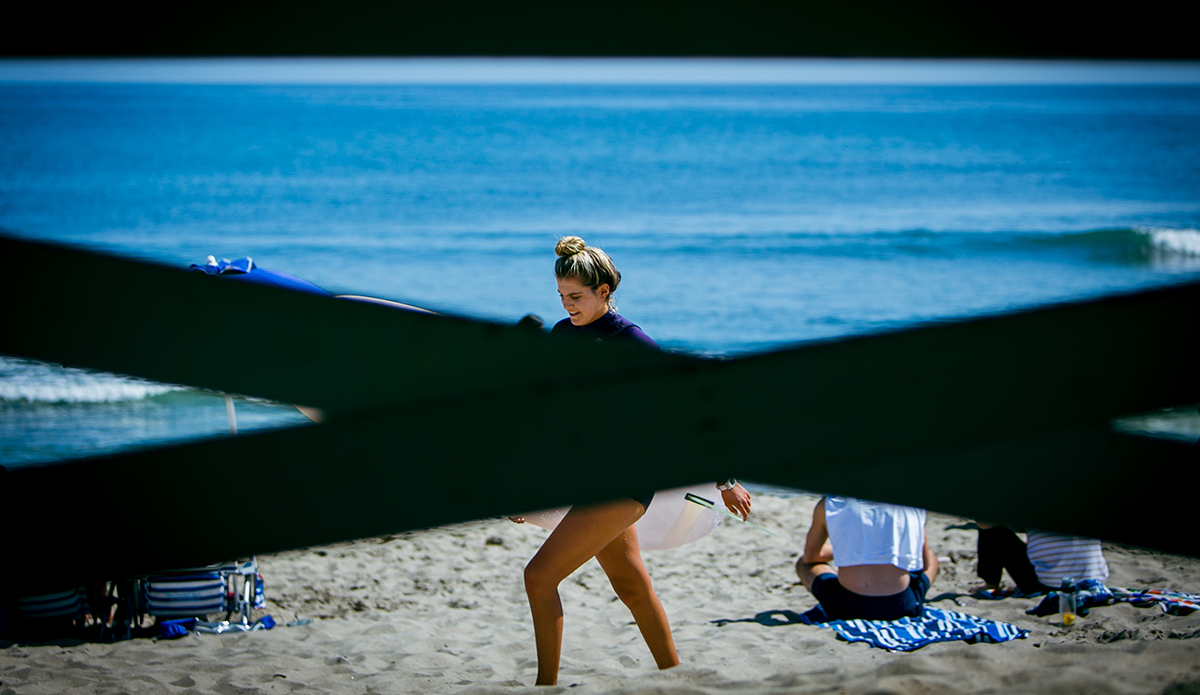 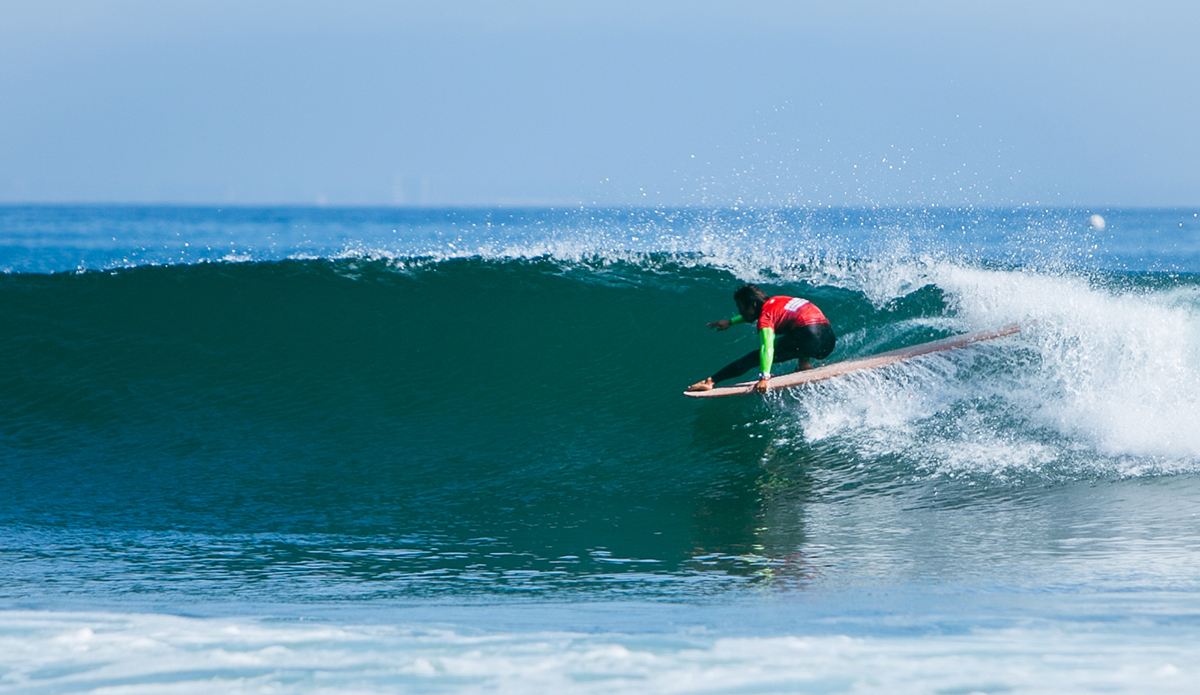 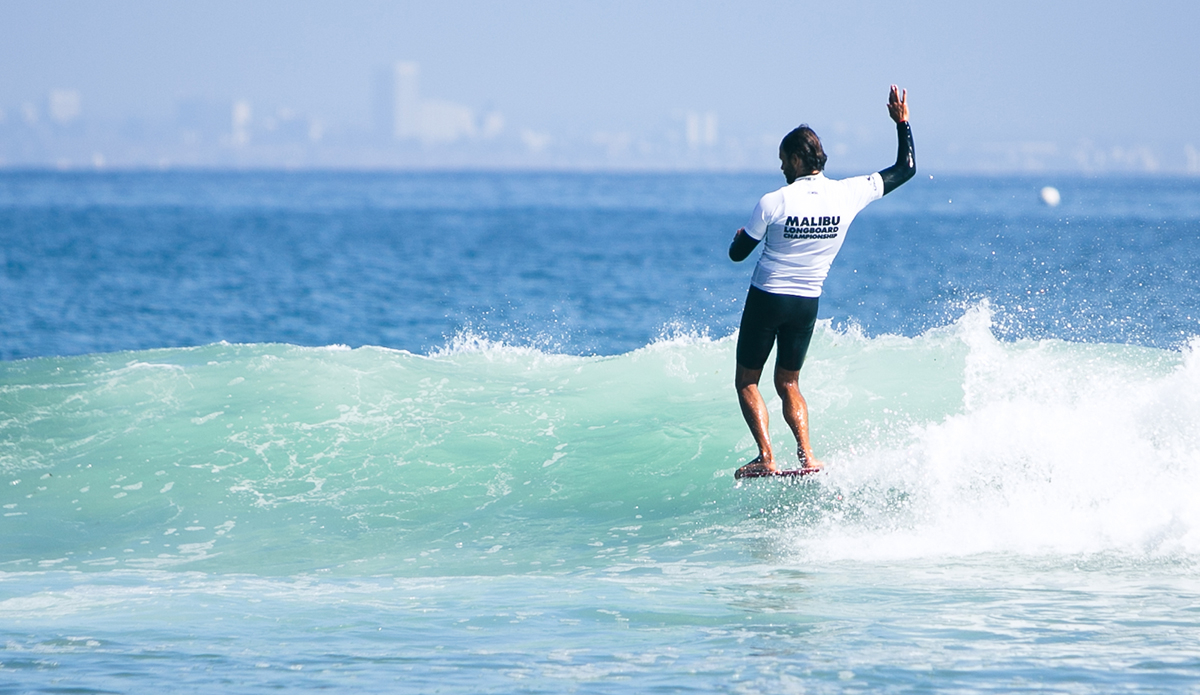 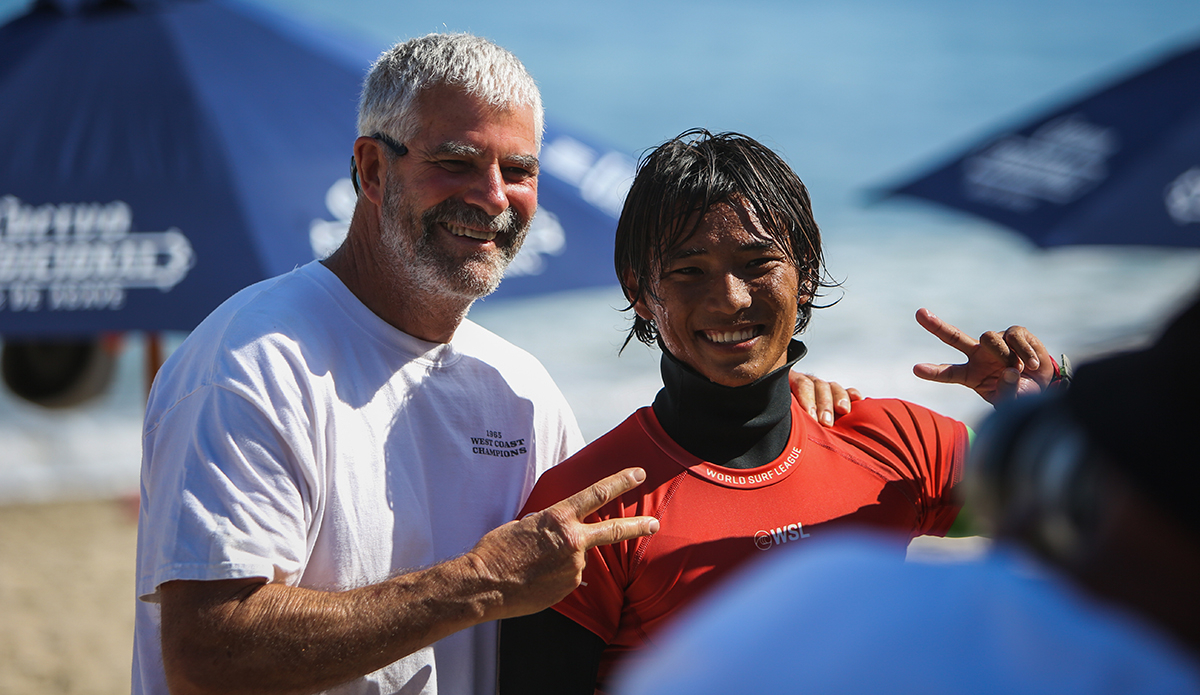 "I watched Taka take picture after picture with fans and groms, happily smiling and flashing a piece sign." 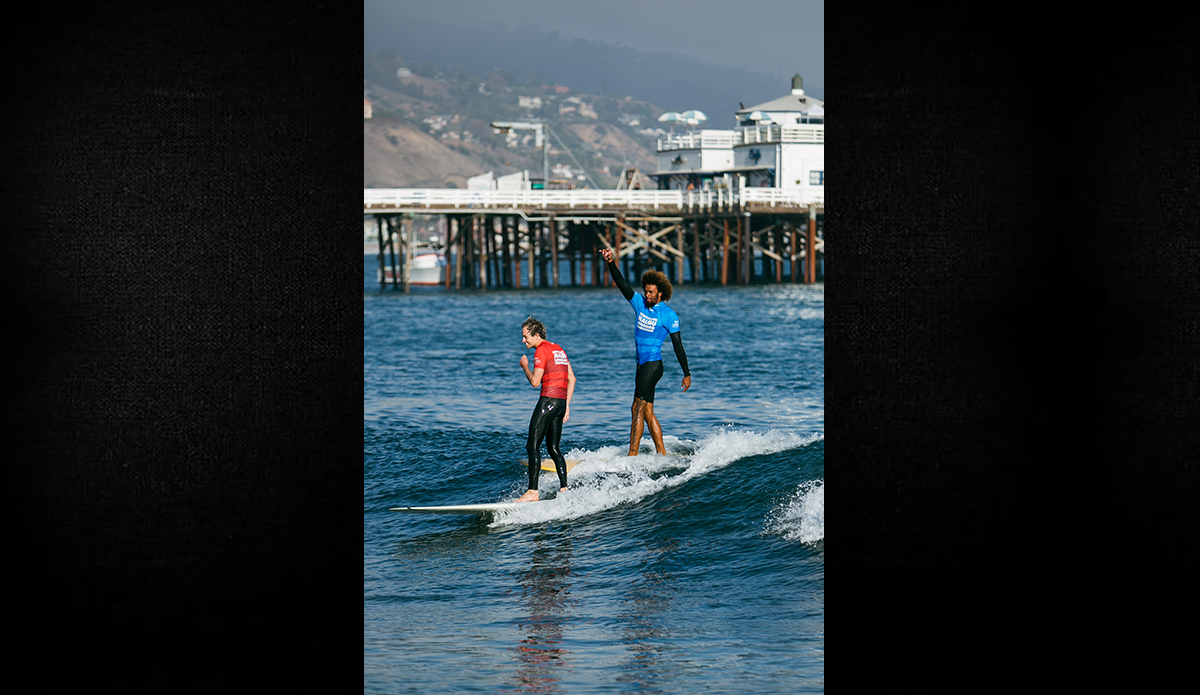 If you surf Malibu, you tell people two things about First Point: it’s good, and it’s crowded. If you really love Malibu, maybe you don’t even tell people it’s good.

There are also certain givens about Malibu I didn’t even realize I noticed until they, on October 4th, abruptly disappeared.

The iconic Malibu wall, sometimes littered with graffiti or, once upon a time, the phrase “Dora Rules,” is normally filled rail to rail with longboards of every variety: traditional nose riders, experimental shapes, three fins, even a Wavestorm or two. Today, it was completely bare — a stray single fin stood awkwardly against the brown bricks. But for all the lack, what remained was impressive. Perfect Malibu waves rolling by, unridden. Complete sets. Not one person on them but the very talented longboarders competing in the Malibu Longboard Championship.

The parking lot was still full of its usual characters — people milled about, hanging out in haphazard truck bed conversions and in foldable camping chairs. But today, metal gates divided the lot, and security personnel kept the horseplay to a minimum.

By finals day, the crowd was thick with anticipation. There was no better stage to watch some of the best pro surfers in the world battle it out, and some with local ties: Tosh Tudor and Soleil Errico were competing, and with them came their friends and fans.

The waves were sizable on finals day, too, which made the competition all the more entertaining. First Point is a tricky wave, often unassumingly so, and it threw even the best surfers in the world for a doozy at times. The flurries of noseriding, often two surfers at a time on two good waves of the same set, were accompanied by some pretty hefty swims as boards freight trained  into the lagoon and occasionally onto the cobblestones near shore.

Second point was filled with not only the usual shortboard crowd, but because of the comp, with longboarders as well. The commentators didn’t shy away from calling it out. “We know you can rip, but stay OUT of the comp zone!”

People often complain pro surfers lack character, seem robotic. It’s a claim that, on the surface might make sense. Surfing spots groomed to perfection, often against the same group of surfers, could leave people feeling stuck in a loop. For awhile, I could see it. But after today, I’m not sure I agree with that.

I watched Taka take picture after picture with fans and groms, happily smiling and flashing a piece sign. Victoria Vergara return to her friends on the beach, smiling through clenched teeth, graceful even after getting beat out of a heat. Taylor Jenson hug his daughter tight before and after each heat.

The biggest show of love came at the very end of the competition. Soleil had just taken the world title, much to the enthusiasm of the local crowd. Now it was Kaniela Stewart against Harrison Roach, and the waves were firing, lining up for some big, clean walls all the way from second point almost to the pier. It was a fierce competition, and Team Hawaii clustered behind the umbrellas, holding their breaths as the boys battled it out. On display were powerful cutbacks, long hang tens, speedy sections — the best the surfers and Malibu could offer.

When it became clear Harrison had the scores he needed to claim victory, Kani could have paddled in and quietly accepted second. But, in his traditional style, he shared a final wave with Harrison, noseriding over him and then cutting back under, both surfers drawing intersecting lines across the wave and finishing right in front of the pier, hands raised with sheer happiness. The crowd went berserk.

The awards ceremony was almost as much of a spectacle as the waves behind it. Without even a second to spare, surfers who had been suiting up to try their odds of catching an empty Malibu peeler sprinted down to the water. Hang tens were performed effortlessly by those who rode First Point every day and have learned each of its sections like the lines of their palms. People dropped in on each other, paddle battles ensued, and, as Soleil, Harrison, Sophia, and Kaniela stood at the podium, watching it all play out while they accepted their trophies, Malibu was Malibu again.