What We Gain From Getting Skunked 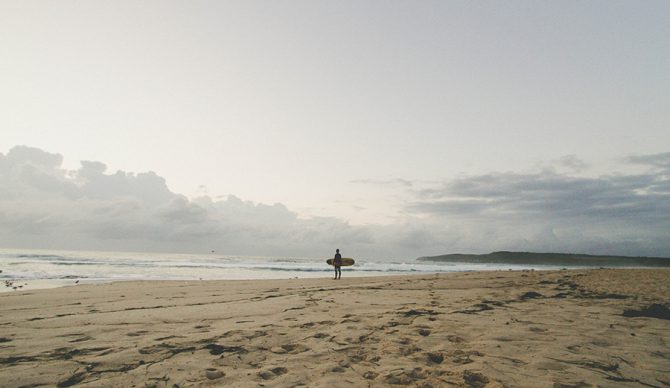 Ben Franklin once famously said, “In this world, nothing is certain except death and taxes.” In true constitutional fashion, I’d like to amend that statement. For surfers, nothing is certain except death and getting skunked. If you’re a surfer, you go on surf trips. And if you go on enough surf trips, sometimes, you don’t find what you’re searching for.

There are plenty of articles with advice on how not to get skunked. But let’s get real: no matter how much you prepare for a trip, there are always elements outside your control. Winds. Tides. Weather in general. So, that includes basically everything that makes up not only surf conditions, but oftentimes overall living conditions. And that becomes especially apparent the more rugged and remote the trip in question becomes.

For proof that getting skunked isn’t just something that happens to people who don’t know how to use a compass, look to Dane Reynold’s latest film Glad You Scored. Dane was already operating under certain “constraints” (time, money, family… nearly ubiquitous obstacles for all but the purist of soul surfers) and with six months and a budget from Vans, Reynolds still found himself dealing with luggage trouble, disappointing forecasts, crowds, mushy waves… all the usual culprits.

Perhaps the only thing I’ll ever have in common with Dane is that I’ve put my own time and money on the line hunting for perfection overseas, only to realize I mistimed a storm, misread the wind, or maybe didn’t thoroughly check my forecasting at all. For whatever reason, I’ve found myself on the edge of the Earth, in places where there’s nothing else to do but surf, during a time when there’s no surf to be had.

Even recently, I found myself standing at the edge of a perfect point break, kicking little cobblestones down to the reef below, my friend’s words rattling frustratingly through my head. “This spot needs more energy to start working.” He was right, but we’d already driven 10 hours. Most of that off road. In another country. Alone. All I could see in my mind’s eye were perfect right handers with not a soul on them. Long period groundswell. Unspoiled surf. Offshores. And here, in reality, where we stood was… nothing.

While we don’t like to admit it, every cloud has a silver lining. Sometimes, the cloud in question is actually the lack of clouds, or storms, or swell, or waves… But getting skunked isn’t solely a surf problem — no one can predict the future, so as much as we try to plan for the best, things just don’t always work out. But before getting bummed, what can this teach us about the way we approach our daily lives, the ones we escape from to travel?

While looking out over a pitiful point break may seem like a shallow entry into these broader philosophical concepts, in some ways it is the perfect metaphor for the situations that abound throughout life. We’ve all stayed way too long at jobs we hate. We’ve all idealized people we’re involved with who we have no business romanticizing.

Outdoor adventuring is, at its core, just a simpler, more intense version of the life we live already. We’re forced to wake up, look at reality, and make a call: stay, or move on in hopes of finding something better.

The problem is that you can’t be happy all the time if we are defining happiness as the pursuit of pleasure. And for most people, let alone surfers living in Western society, it is. In An Essay Concerning Human Understanding, John Locke writes that “Happiness then is in its full extent the utmost Pleasure we are capable of, and Misery the utmost pain.”

So, it seems happiness cannot be something worth aiming at. You can’t predict the weather. If it’s good, you’re gonna be stoked anyway. And if it’s bad, why would you want to base your state of emotion off something so unpredictable? 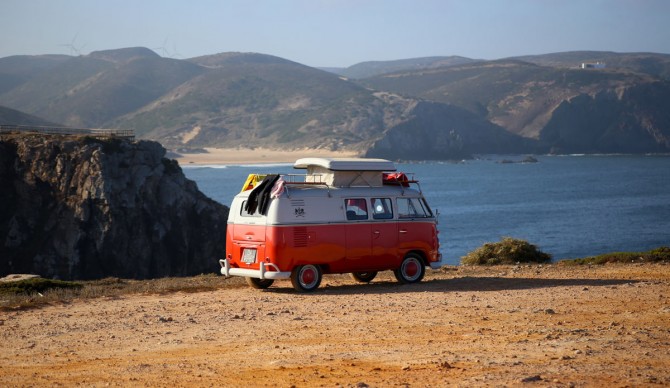 There are the views, of course. Photo: Unsplash

The Stoics might answer that you shouldn’t. Stoicism is, at its core, a school of thought promoting living in alignment with nature and reason while aiming to eliminate one’s own extreme emotional reactions. The parallels to surfing are endless.

Drawing more specifically from the Stoics, the famous first-century Roman philosopher Seneca wrote that “We suffer more in imagination than in reality.” And he’s right. If you get skunked on a surf trip, you’re still on a surf trip. You’re not at work. You’re probably with friends. And you’re somewhere incredible.

The conditions may be disappointing, and even though that’s what brought you to a certain place, it doesn’t have to be the only reason to stay there. Until the waves pick up, it’s a good time to scout the area: for secret spots, for pictures, to get a lay of the land… anything to get out of your head and evaluate the situation a little more logically. Like a Stoic.

Plus, a flat spell can’t last forever. Seneca himself wrote that “even bad fortune is fickle.” Which leads to the next question: until the situation gets better, how should we approach the things we can’t control?

Turning to a surfing favorite, Zen Buddhist Thich Nhat Hanh provides insight into letting go. Attaching one’s mind to a desired outcome almost always leads to disappointment, so usually it is best to act with intention but without attempting to predict the future.

Often people misinterpret the act of letting go as being identical to not caring, to becoming emotionally detached, or to giving up. But letting go can be a positive thing, and in the case of surf-trips-gone-wrong, practicing detachment may be the only thing you can do.

Though often difficult, non-attachment only leads to better internal states, and since all we can change about the world is our perception of it, perhaps non-attachment is the secret to happiness (not that we care anyway)!

On a surf trip, it’s easy to say that it’s the journey, and not the destination, that matters. But it rarely — if ever – feels that way. However, embracing uncertainty is one of the keys to finding more peace in the present moment, whether that moment is fair to good or completely flat.

And uncertainty isn’t always bad. A missed road due to bad driving conditions here could mean turning back, or it could mean finding a perfect sandbar setup caused by that same heavy rain.

To sum up this assortment of philosophy on getting skunked, lets end with a quote from Thich Nhat Hanh that may inspire us all to try a little harder not to let bad conditions ruin our next trips. “Letting go gives us freedom.” And isn’t that why we leave home in the first place… to feel free?