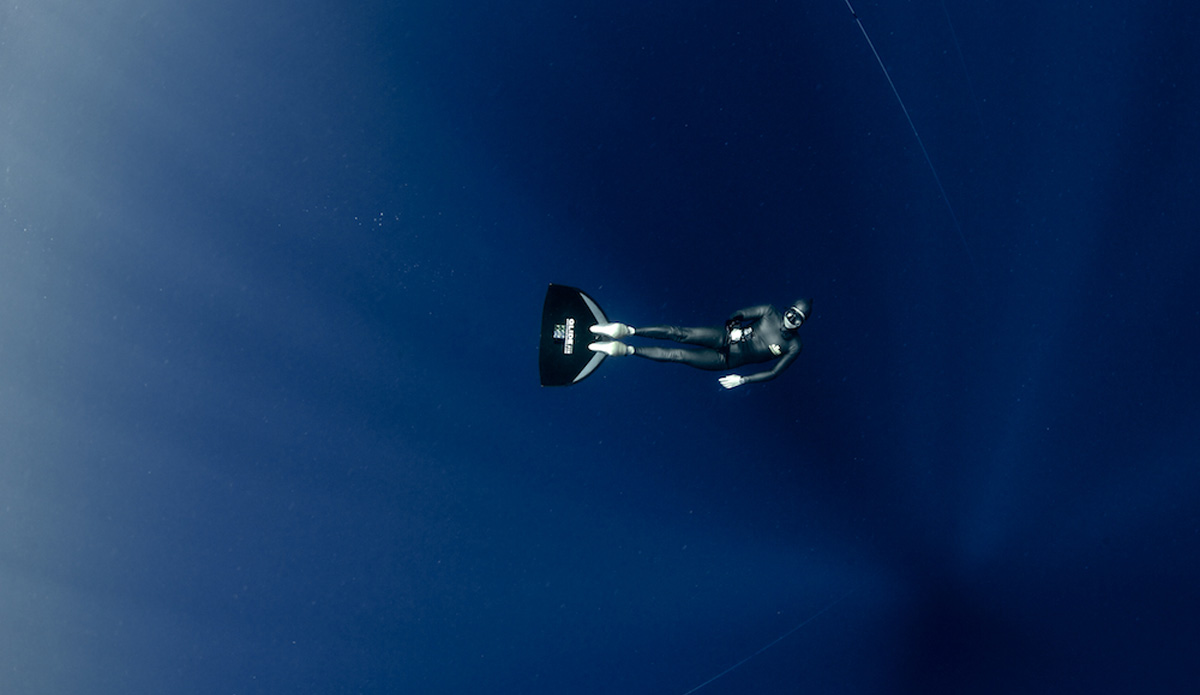 Mexican freediver Gabriel Torre and his GoPro next to the warmup lines. Photo: Lia Barrett 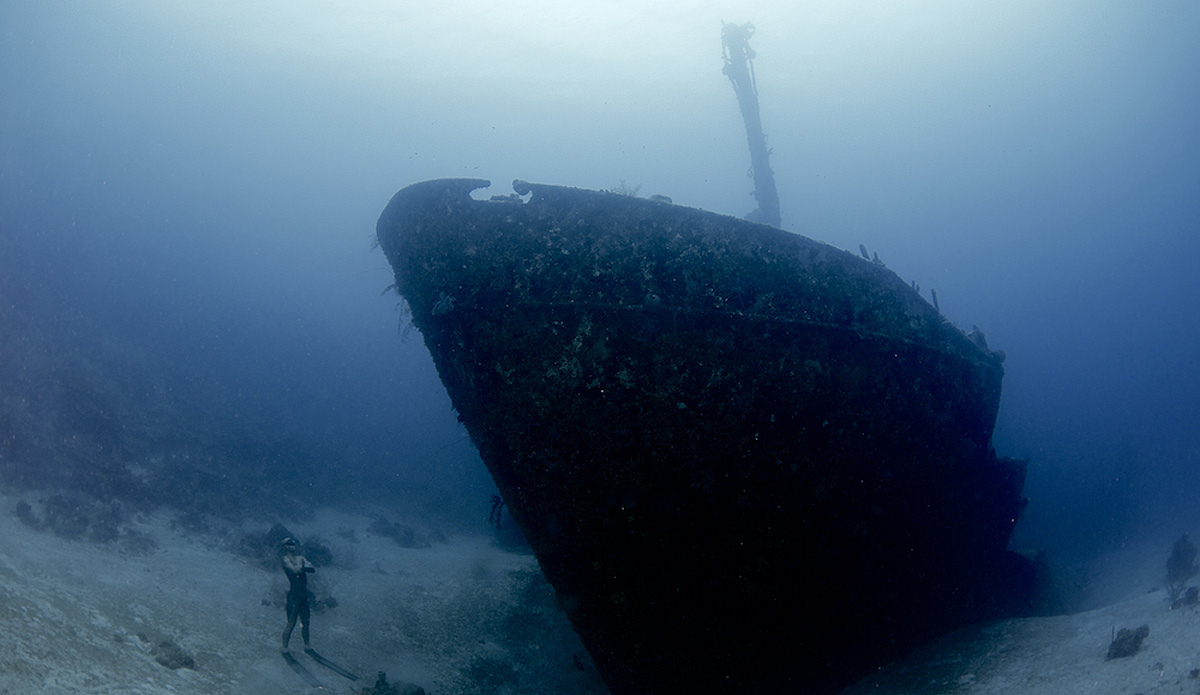 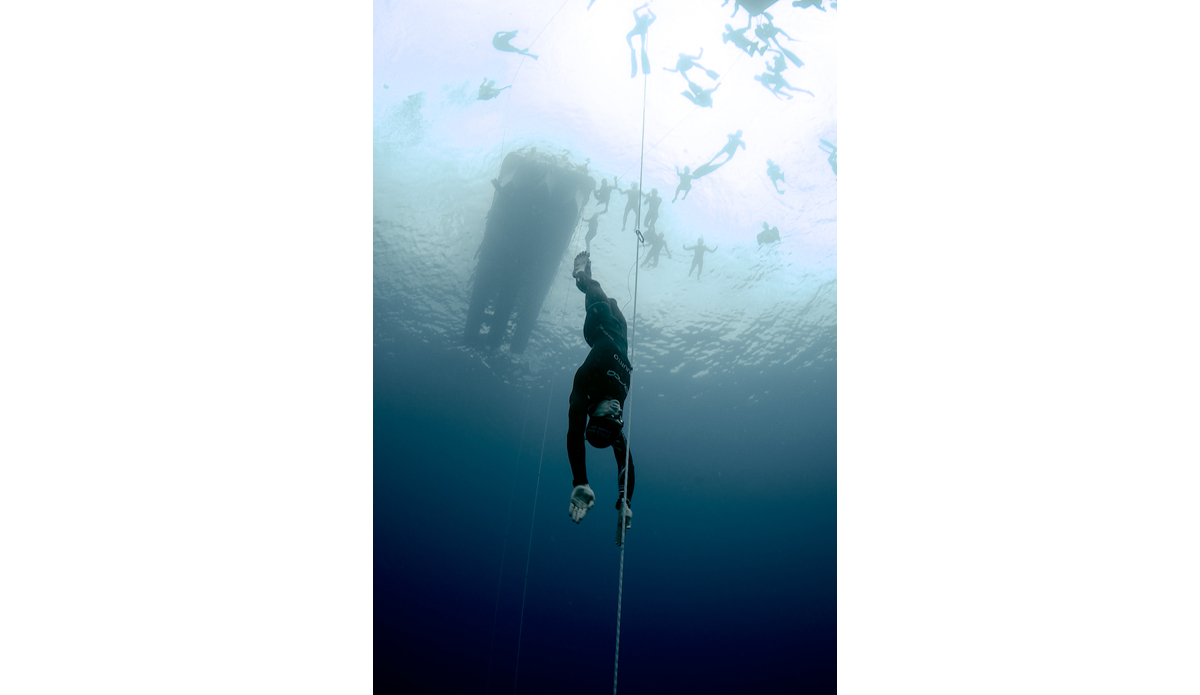 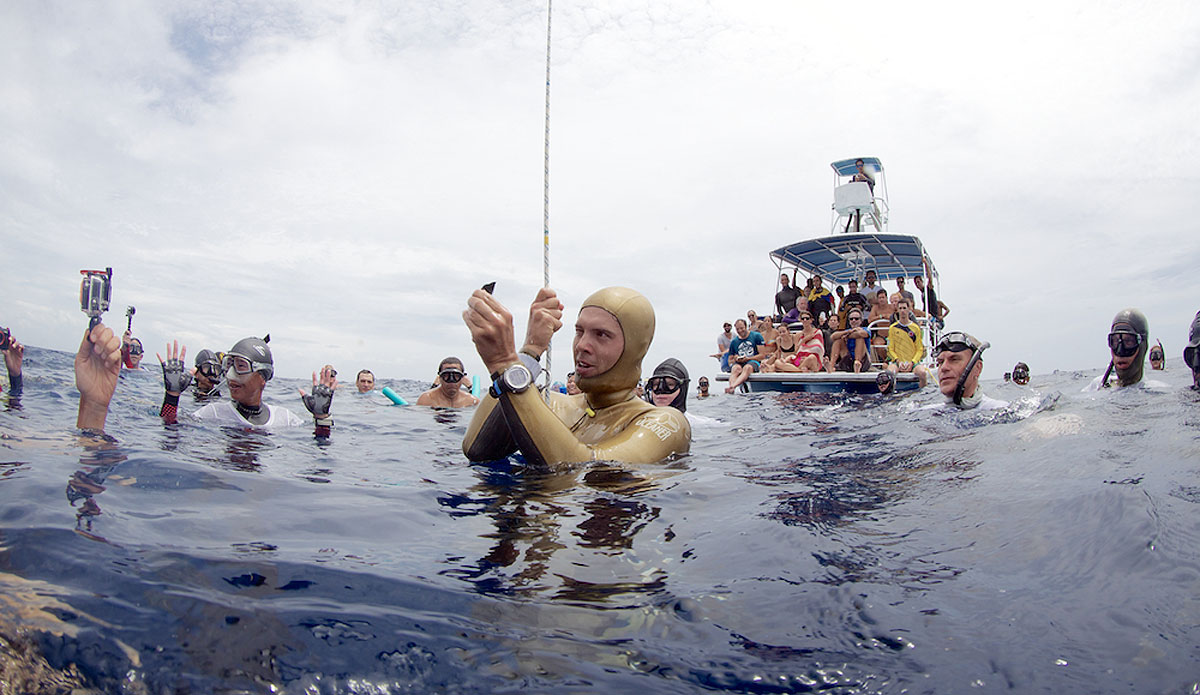 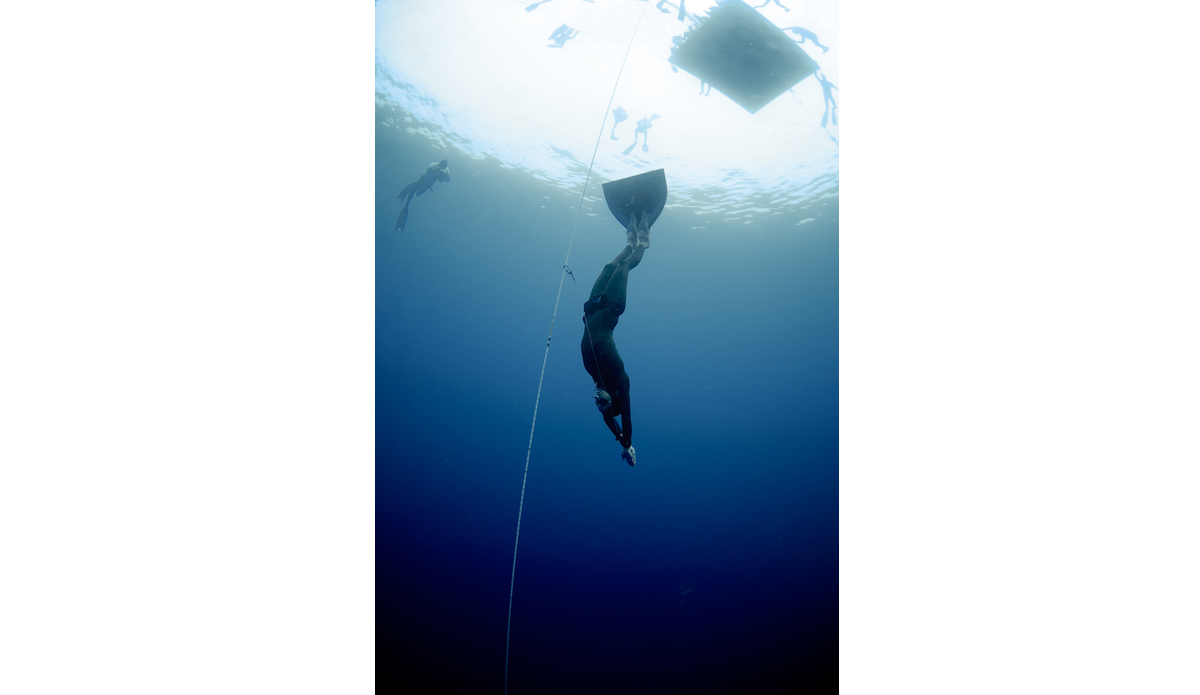 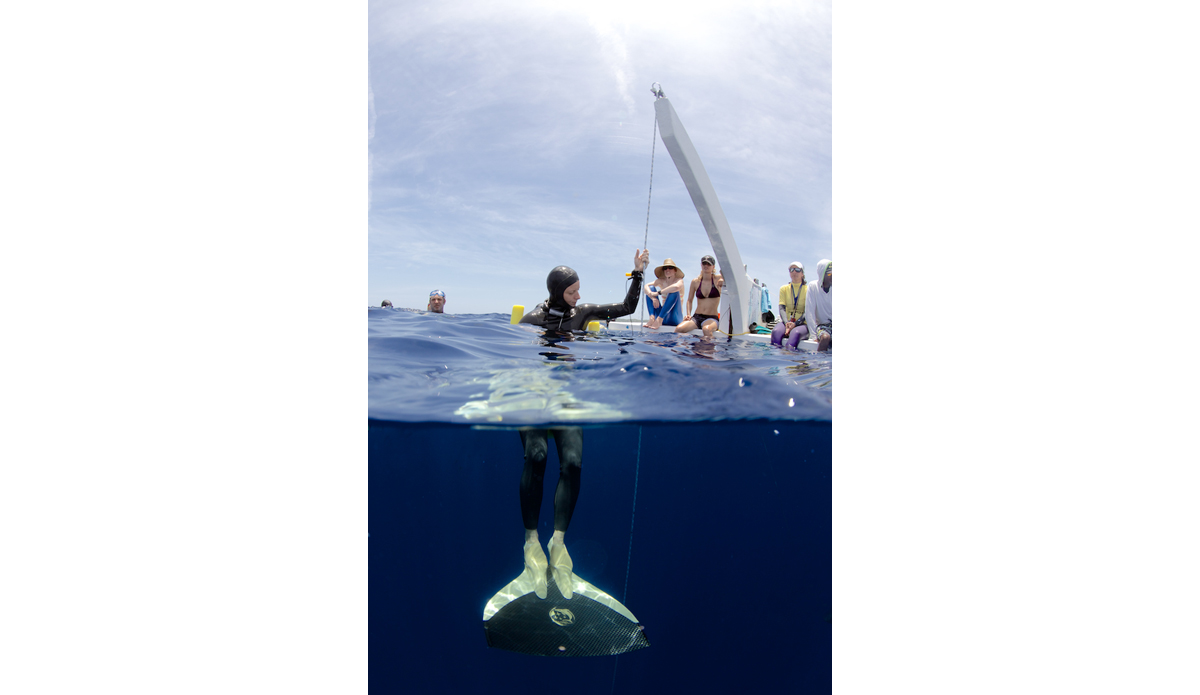 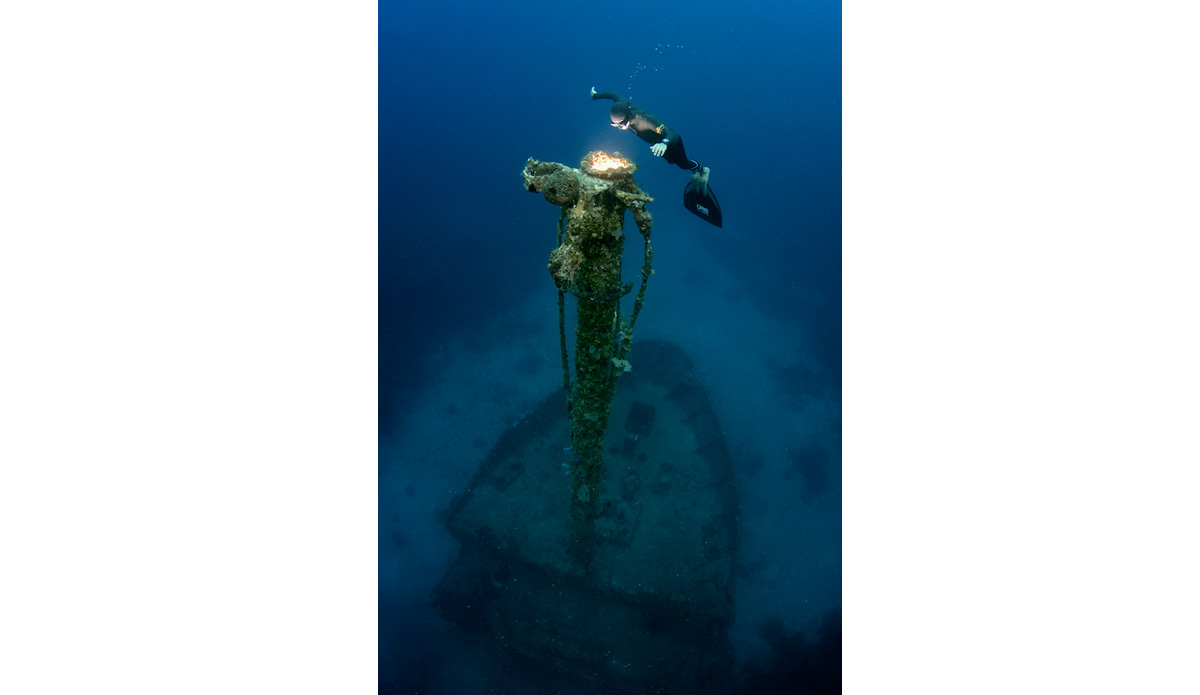 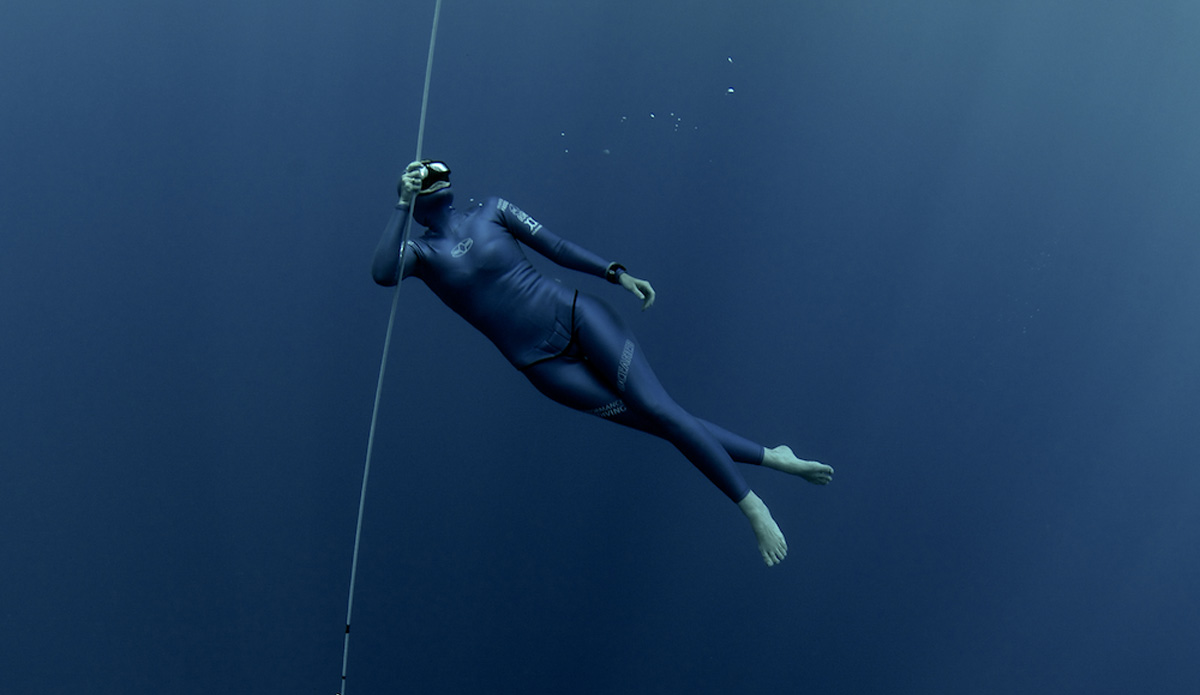 The doctor, Kerry Hollowell, doing some static on a break. Kerry withdrew from competition in order to be the official doctor. Photo: Lia Barrett 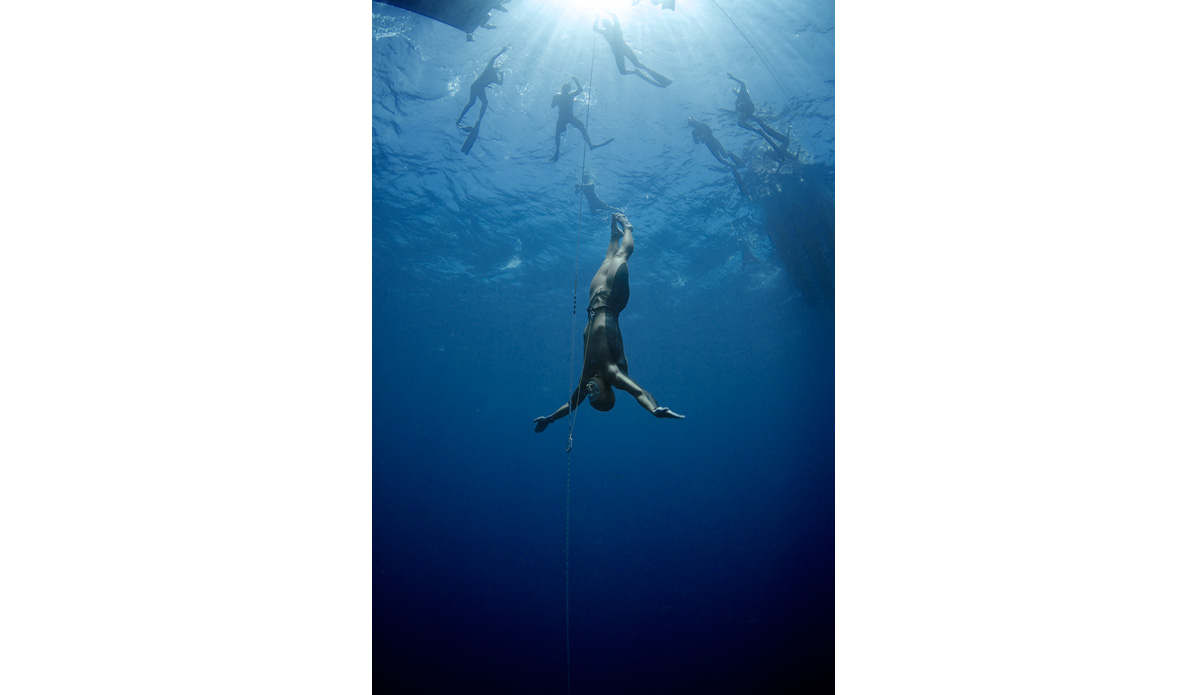 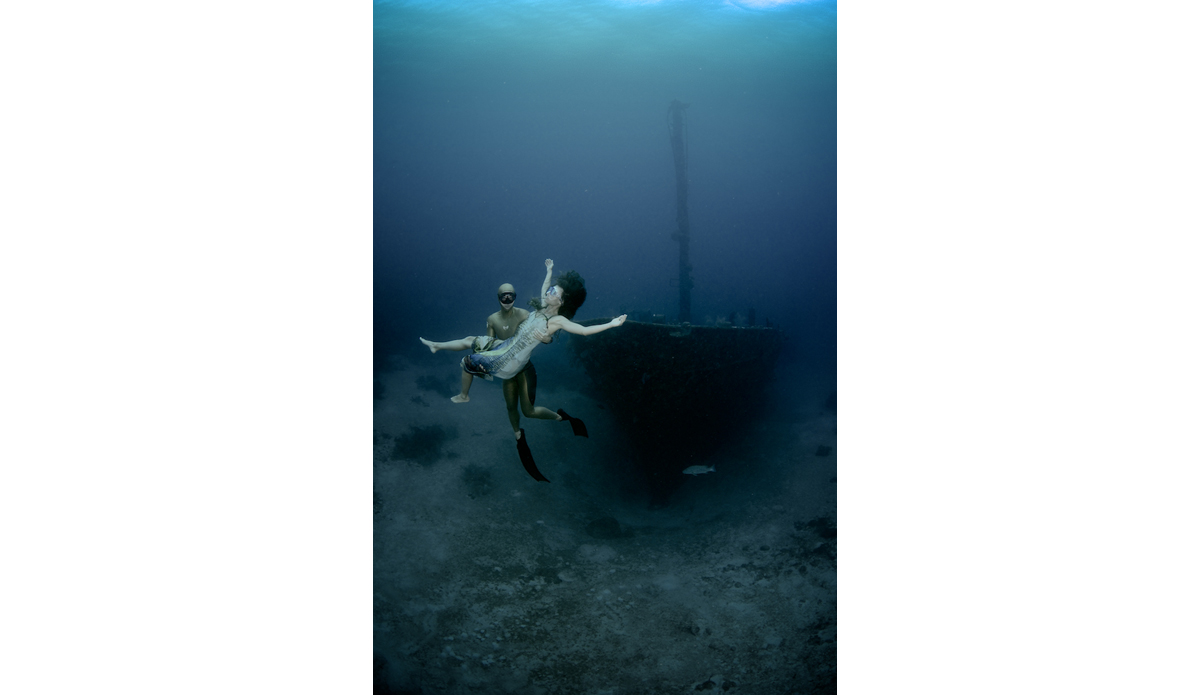 Alexey Molchanov and Marina Kasankova on the Aguila Wreck after the Caribbean Cup. Photo: Lia Barrett 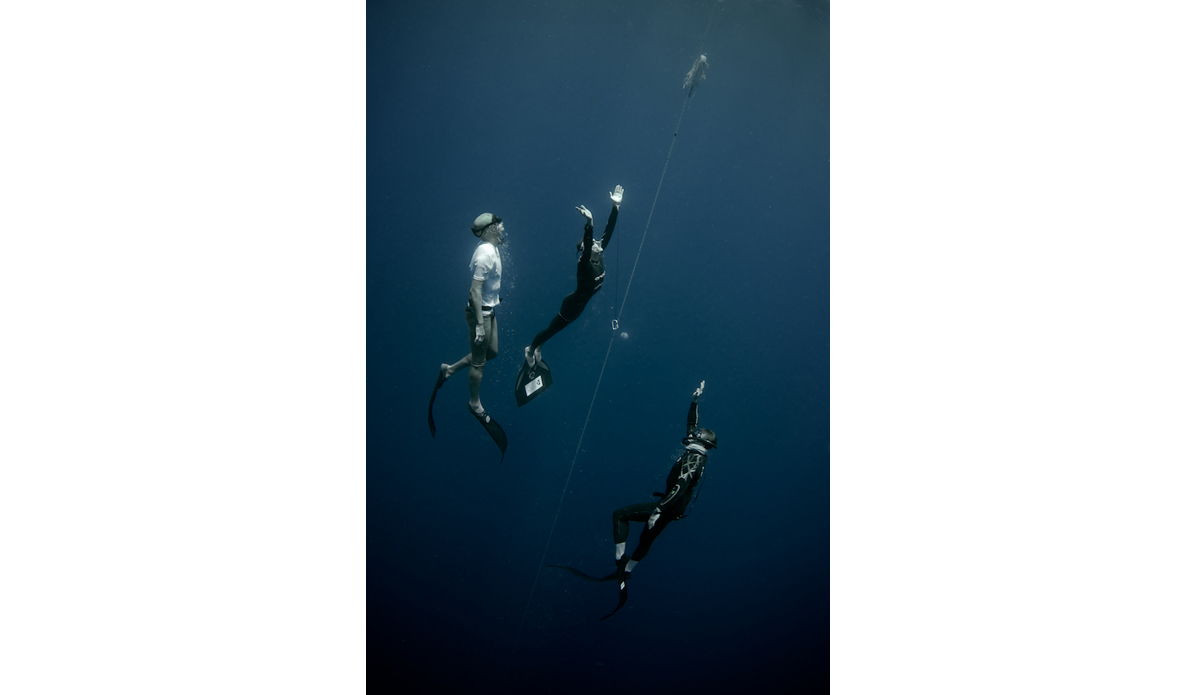 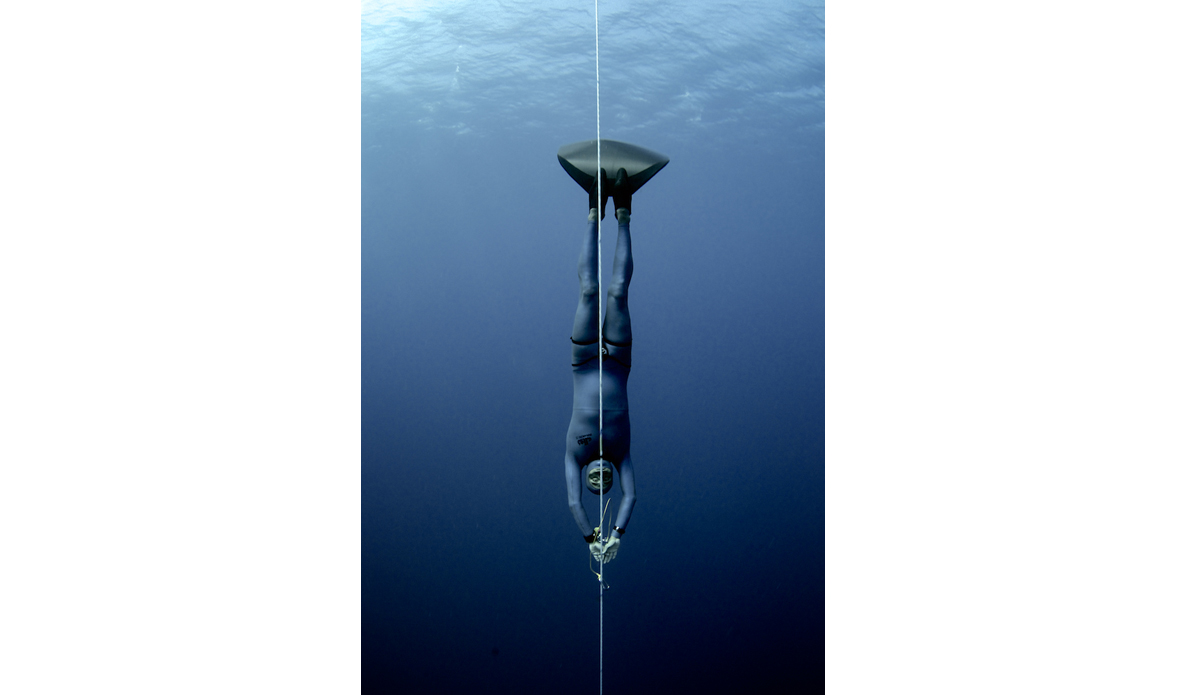 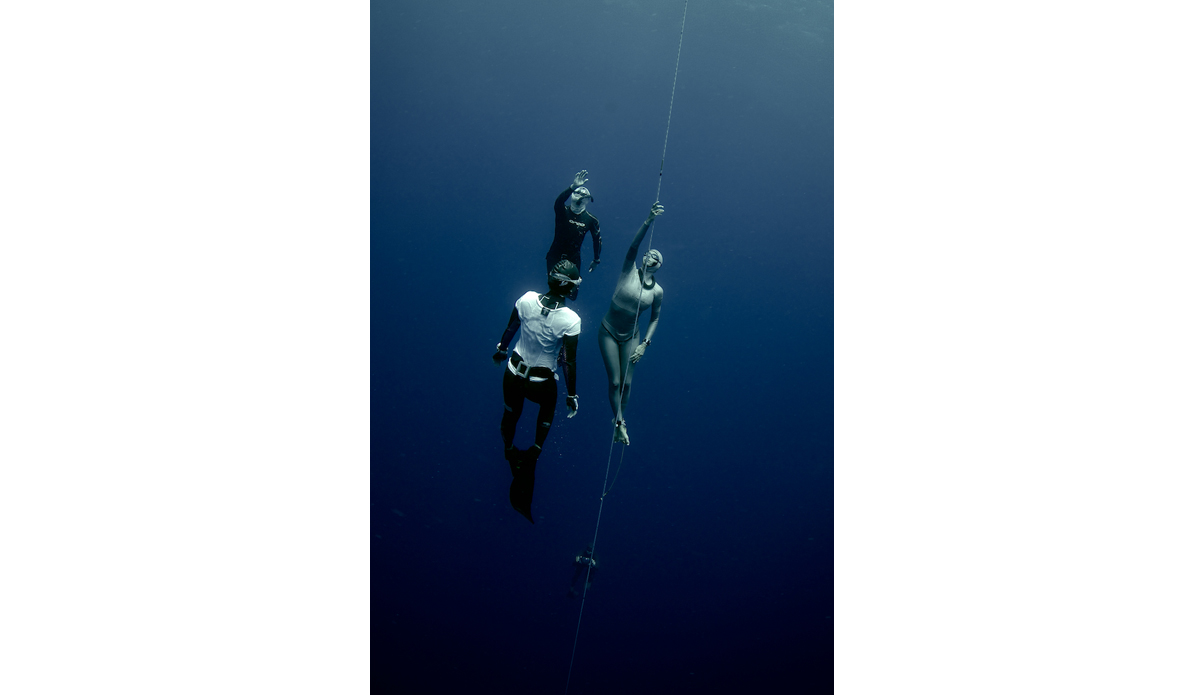 There are many differences between competitive surﬁng and competitive freediving. Namely the employment of adrenaline in surﬁng versus the suppression of heart rate in freediving, the presence of a board, waves, and signature coif versus, well, swim caps and calm waters. However, there are some notable similarities. The most obvious is that surfers who can hold their breath have a tremendous advantage over those who cannot. And, let’s be honest, you’re not really much of a freediver if you can’t hold your breath. It’s kind of a requirement.

Motivation, ambition, and personal goals are also prevalent in both parties. So what would happen if more surfers started hanging out with more world-class freedivers? Well, I can assure you that if there’s one thing that would come to pass, it would be that the superstar surfer would likely be awed by the lower proﬁle, but immensely disciplined deep diving freediver.

Coming from Roatán, Honduras, last week where I photographed the Caribbean Cup, an annual competitive free diving competition, I walked away as I usually do from these events: wondering why more people don’t know about this fascinating sport. A sport that deﬁes our notion of age, body type, athleticism, and ability, freediving kicks to the beat of its own drum, and those willing enough to learn the melody seem highly rewarded.

In the actual competition, Russia’s Alexey Molchanov took home top honors for the men, while Australia’s top freediver Christina Sáenz de Santamaría got the job done for the women. Alexey is a world record holder in Constant Weight (using the mono ﬁn), and completed the deepest dive of the competition, 123 meters, which is ﬁve meters short of his record. As a side note, Alexey’s 50-plus-year-old mother, Natalia Molchanova, is the world’s best female, and keeps smashing records every year—she can also hold her breath for 9 minutes and 2 seconds – a record that Alexey thinks he can beat this year, so put that in your pipeline and smoke it!.

William Trubridge, one of the world’s most respected and accomplished freedivers, came in second, completing several impressive depths himself, including 97 meters using no ﬁns or pulling on a rope (Constant No Fins). He holds a 101-meter CNF record (that’s right, 101 meters down to pressure-ﬁlled depth and 101 meters back up again basically doing breast stroke). The USA’s Ashley Chapman was one point short of Sáenz de Santamaría and performed outstandingly considering this is her ﬁrst competition since having a baby. Many national and continental records were set by individuals from all over, and the mere joy of watching people complete their dives was a sobering and positive experience.

I know that surﬁng’s cool factor way exceeds that of most sports, but if you are curious, and perhaps want to ﬁnd ways to improve your chances of survival when you’re being bashed under truck-heavy waves, you should check out one of these competitions. Or hang out with William Trubridge for a while at Dean’s Blue Hole in the Bahamas. You might be surprised with what you can actually achieve.