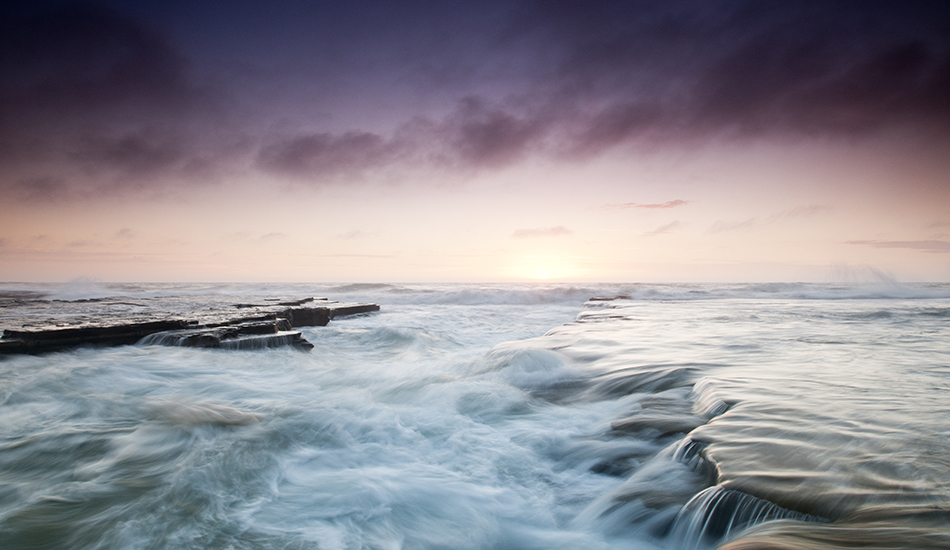 Overflow. Over the past couple of years, long exposures are something that I have constantly revisited. This was a pretty epic start to a day at Turimetta on Sydney's northern beaches. Photo: Chris Grundy 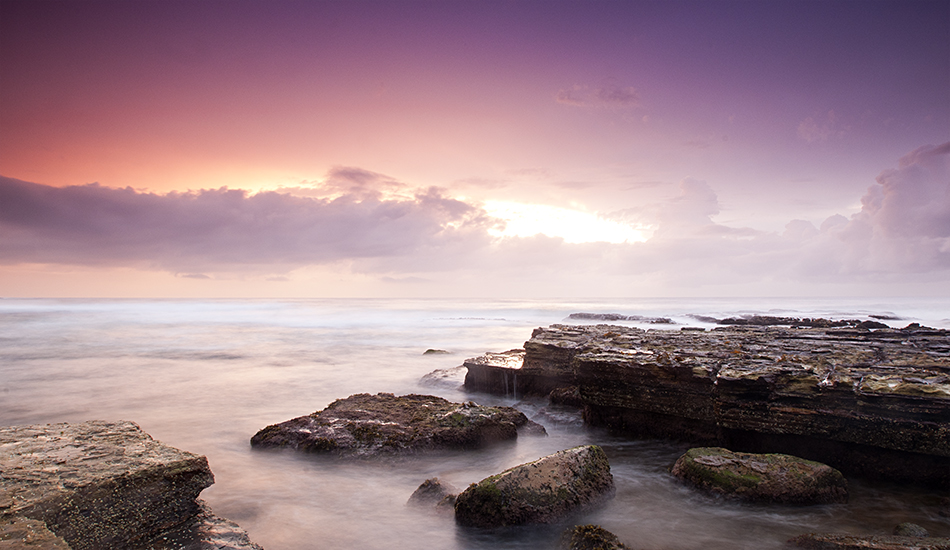 Purple. Turimetta Beach has some amazing rock formations down at the south end and is a subject that I shoot regularly. Photo: Chris Grundy 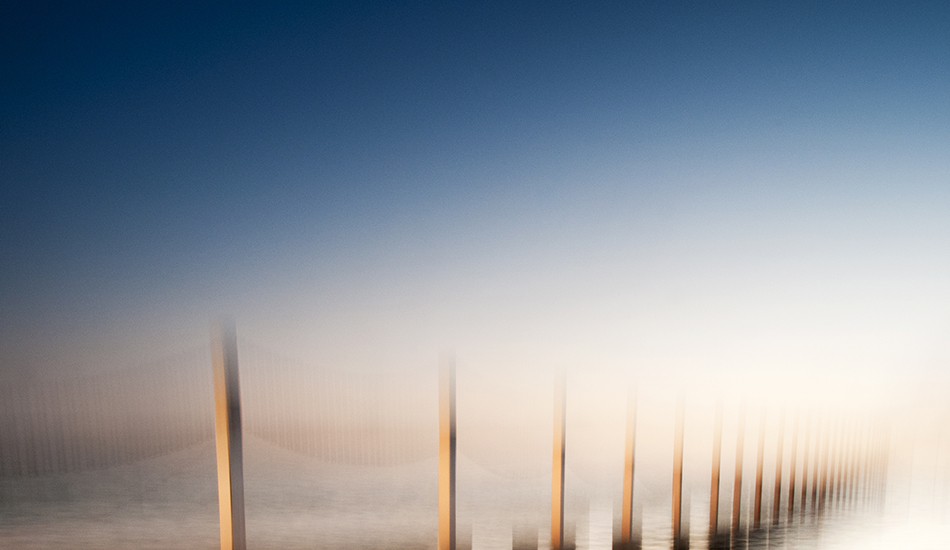 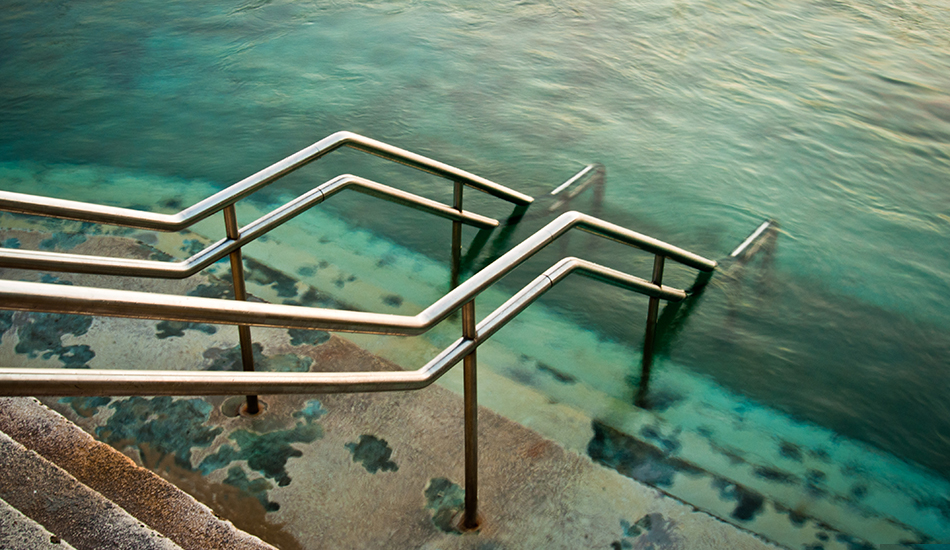 Enter and exit. The steps down at Bronte pool during sunrise. Photo: Chris Grundy

Mona Vale. A fisherman and a couple of swimmers enjoy an early start down at Mona Vale. Photo: Chris Grundy 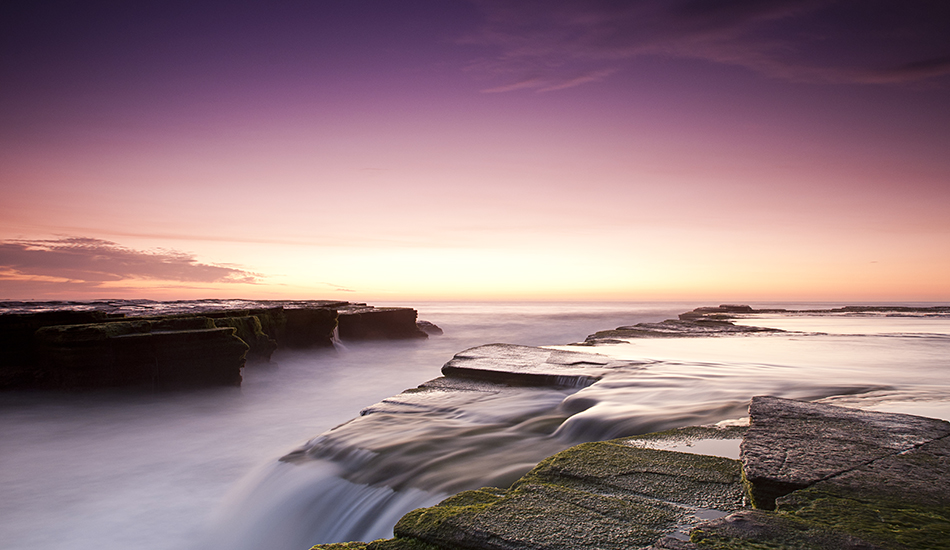 I love to get up before the sun rises and shoot this place, especially when the algae returns on the rocks. Photo: Chris Grundy 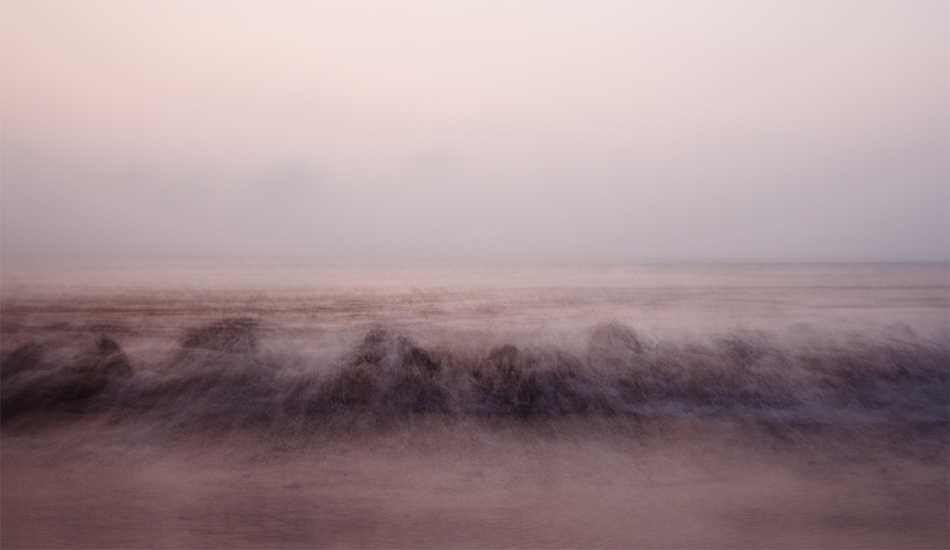 Dusk. Might be hard to make out, but this is a long exposure of a shore break in Fiji. Photo: Chris Grundy 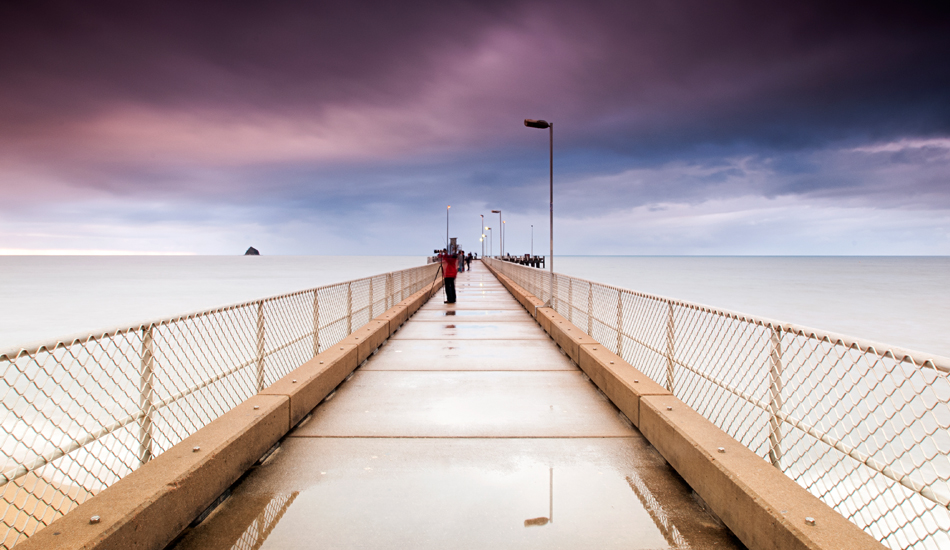 Dark clouds and rain. Scattered fishermen and a photographer from China making the most of this rainy morning at Palm Cove located just north of Cairns. Photo: Chris Grundy 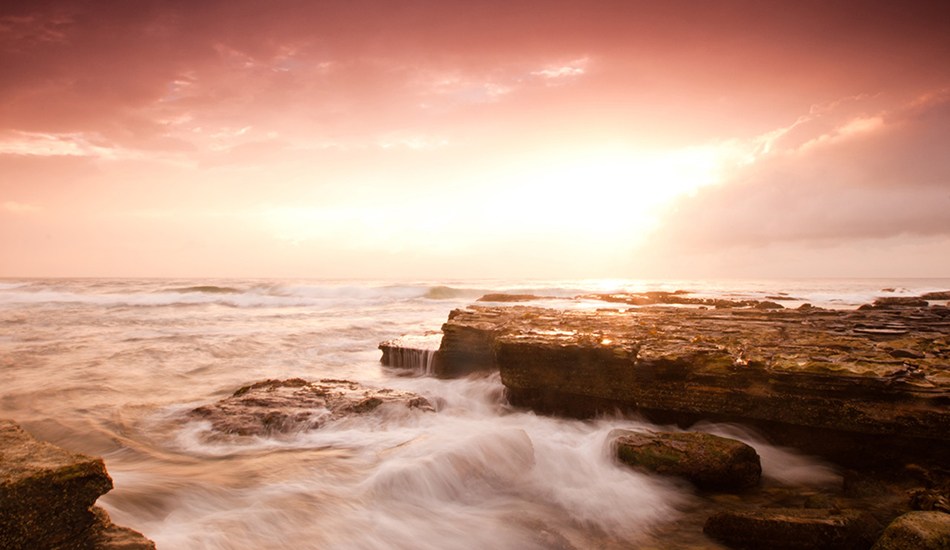 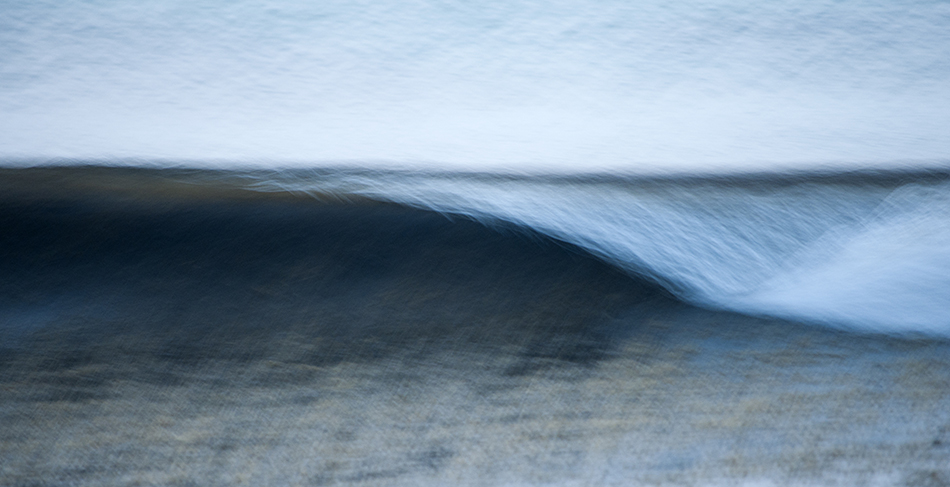 This is one of my favorite shots from a trip to Fiji in September 2011. Shot this in the later stages of the afternoon towards the end of the trip. Photo: Chris Grundy

Blue wall. Somewhere in the middle of the Pacific Ocean. Photo: Chris Grundy

Golden light. The south coast of New South Wales is such a beautiful stretch of coastline and home to some of Australia's best spots. This golden gem was shot at the very start of the year when a mate and I decided to do a road trip down there for a week. Early morning light is by far my favorite to shoot with. Photo: Chris Grundy 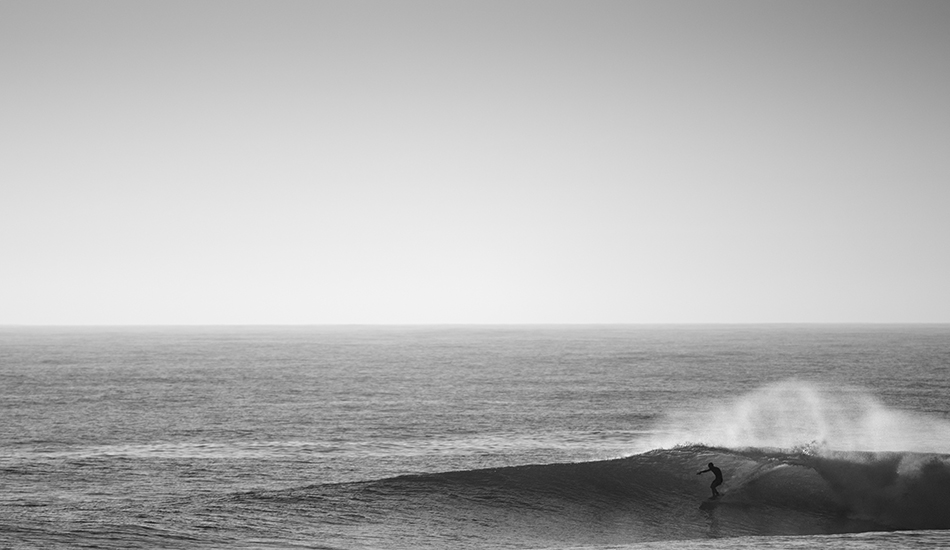 Silhouette. A silhouette parks himself in a nice one out at Shark Island during a summer swell. Photo: Chris Grundy

Some really nice light but no takers on this large and frothy close-out at Narrabeen. Photo: Chris Grundy 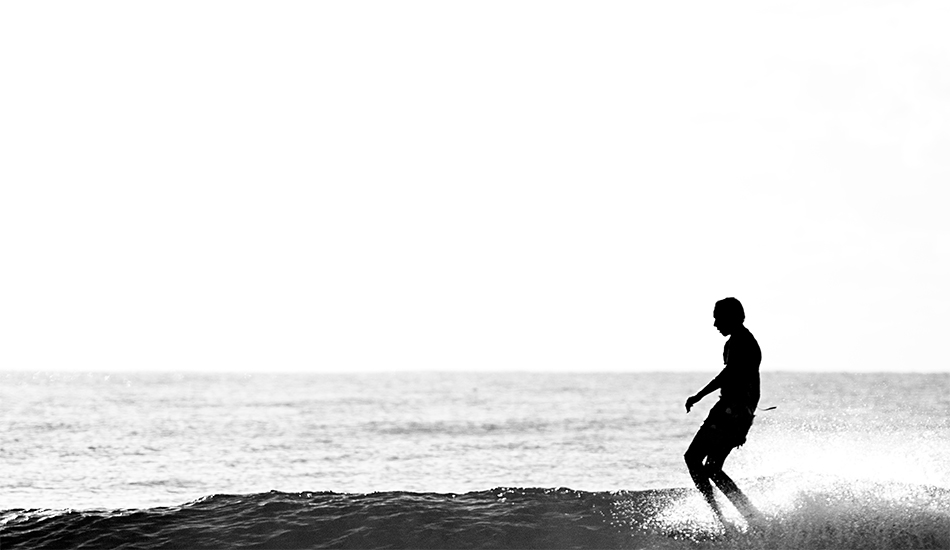 Unknown. Plenty of longboarders down at Manly on this morning taking advantage of some small clean conditions. Photo: Chris Grundy 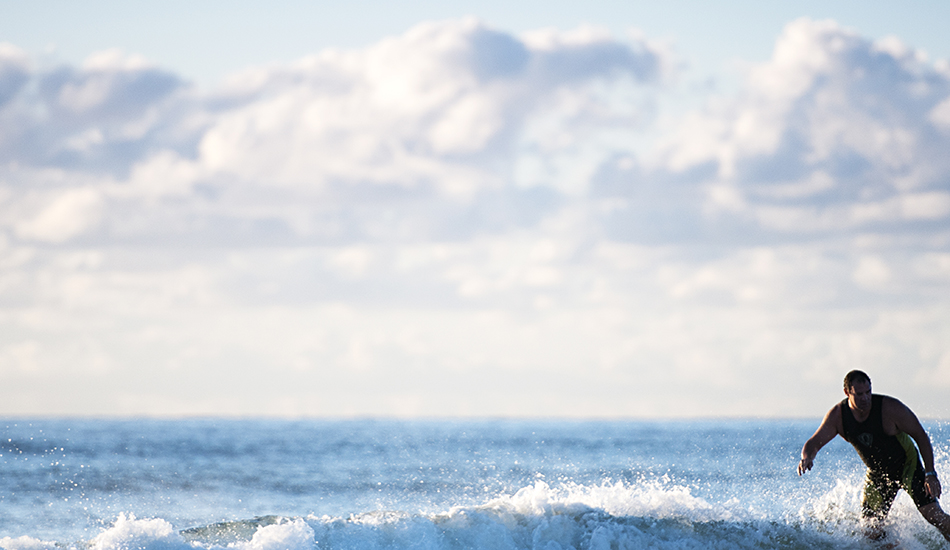 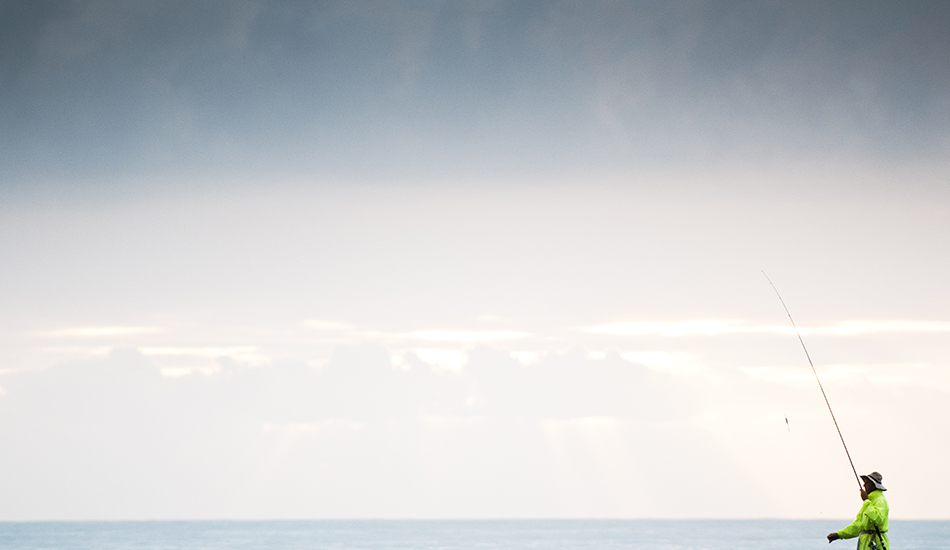 Fluro. This is one of my favorites from last summer. A lone fisherman waiting patiently down at Mona Vale one morning. With some of my work, I have gotten into a habit of isolating a subject and using negative space to draw attention to the key element in a shot. Photo: Chris Grundy 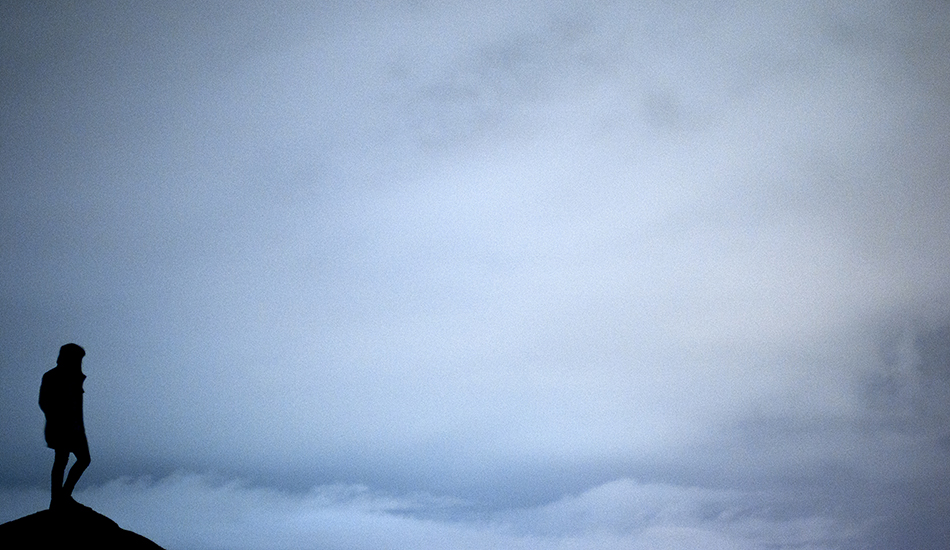 Lost. This was part of a series of self-portraits inspired by one of the most creative minds around--Morgan Maassen. Photo: Chris Grundy 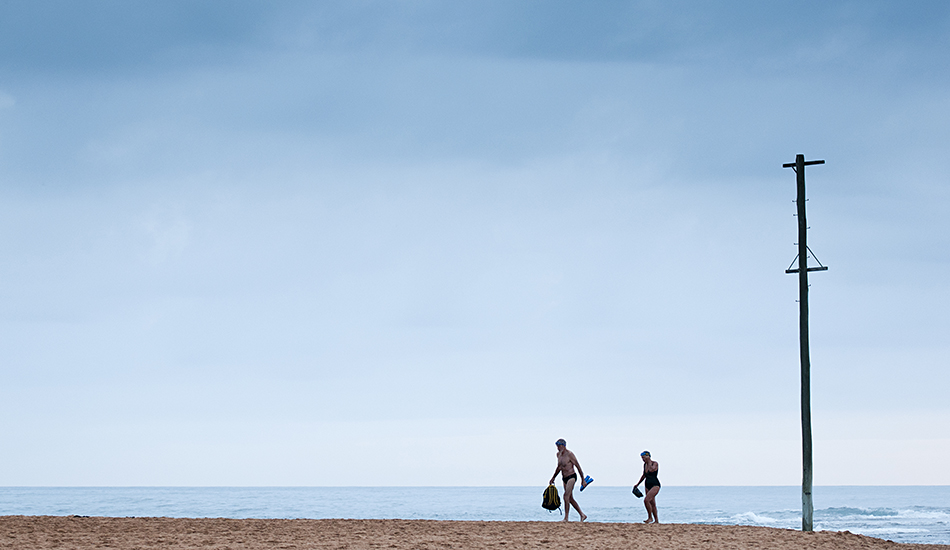 Early laps. Not much of a sunrise on this morning back in February, but these two decided to do some early morning laps down at Mona Vale to start off their day. Photo: Chris Grundy 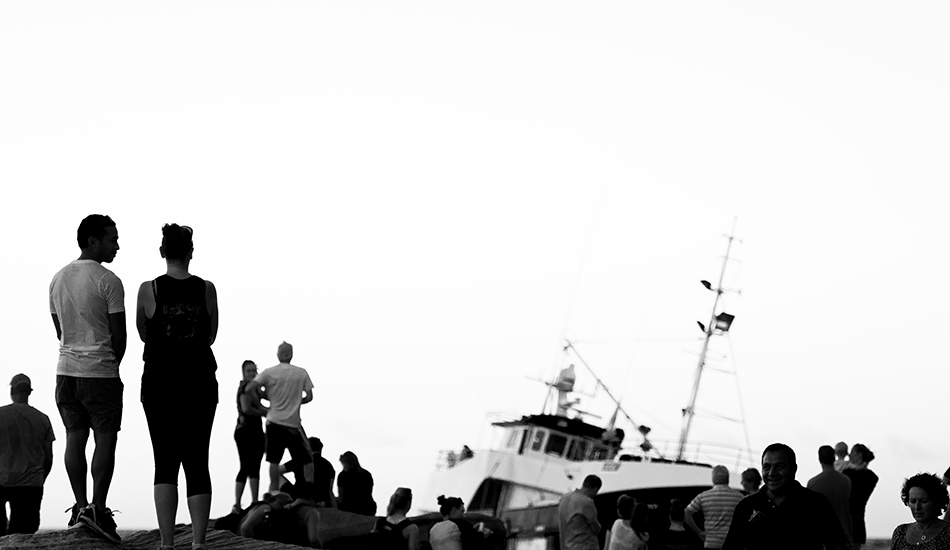 Challenge. A couple of months back, in the early hours of the morning, a fishing trawler washed up on the shores of Cronulla. I headed down that afternoon to check out the 23-meter vessel named "Challenge." This is a shot of the crowds that gathered to see what all the commotion was about. Photo: Chris Grundy Chris Grundy. He’s not the guy in the shower.

I am a freelance photographer based in Sydney. Currently 20 years old, I love to shoot both digital and film. I have always had a passion for the ocean and its surroundings, but it wasn’t until a few years ago that I picked up a camera and started documenting the coastal environment. I would have to say my favorite place to shoot locally is on Sydney’s northern beaches. There are so many little pockets that make up that stretch of coastline which I have found myself revisiting including the likes of Turimetta, Mona Vale and Narrabeen. I would have to say Turimetta would be a favorite for sure.

I also love to travel. I booked a trip to India the other day leaving at the end of the year with a mate for a month. It will be a great opportunity to expand my portfolio and I’m also thinking about producing a little book from my encounters on the trip. I’m really looking forward to it! So many people have an influence on the work I produce and I constantly view the work of others and draw inspiration from them. Just to name a few: Morgan Maassen, Ray Collins, Chris Burkard, Alex Marks, Trent Mitchell, Pearce Leal, Jack Dekort, Nathan Oldfield, Ryan Heywood, Dane Singleton and many more.

Check out more work from Chris Grundy on his Facebook page.