Everything the Beginner Spearfisher Needs to Get Started for Under $500 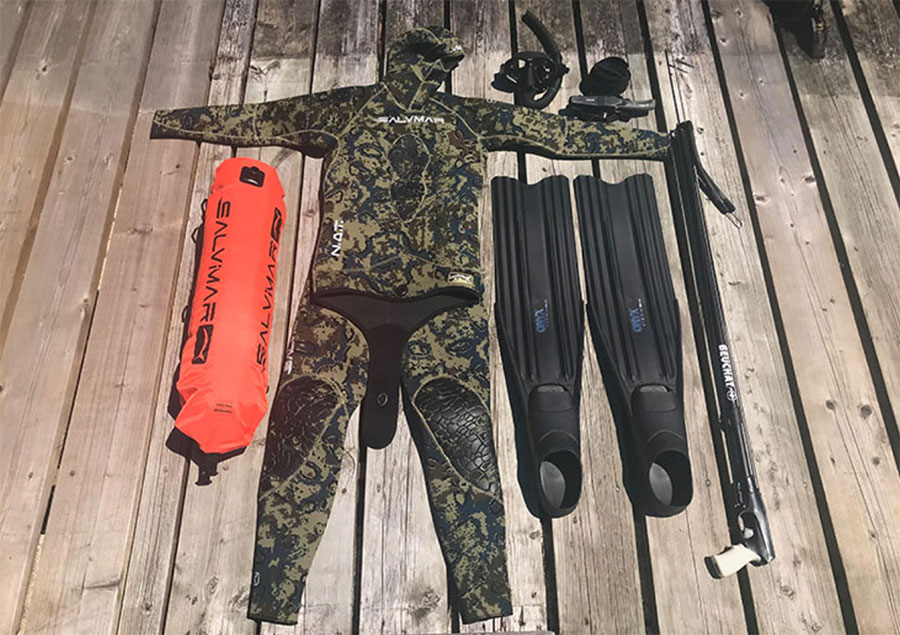 All you need to get into the rest of your life. Photo: Haro

Spearfishing is one of the greatest things a person can do. Oh, there might be the occasional commenter who gets bent out of shape that you’re killing something for food, but here are a few facts: lots of people eat animals. Shooting a fish that you’ve carefully chosen is the most sustainable way a human being can do that. It’s far better than eating farmed fish and far better than eating commercially-caught wild fish. It is exciting, healthy, selective, and incredibly fun. And as an added bonus, those flat days on a surf trip turn into days that are perfect for hunting. In fact, the last surf trip I went on had about four days where the waves were absolutely firing. When I woke up on the third day to hear waves cracking around the point, my first thought was weird. “Shit,” I thought. “I’d rather go spearfishing.” Like all things worth doing, however, it isn’t the easiest thing in the world—especially if you’re someone who is interested in learning but doesn’t have a group of friends who are willing to teach you.

Now, I’m no professional, but I’ve been at it for a few years. I’m lucky enough to have friends who showed me the ropes, were willing to answer a million dumb questions and didn’t hesitate to tell me what I was doing wrong. But, as there is with surfing, there’s an entry fee: good gear is necessary. If you’re a beginner, you don’t need to drop thousands of dollars—but rest assured, once you get a taste, spearfishing will be one of those hobbies that’s probably going to drain your bank. New toys, after all, are the best kind of toys.

It’s a relatively small list of things you ACTUALLY need: a speargun, fins, mask and snorkel, weight belt, dive knife, float, and if you’re not in the tropics, a wetsuit. And no, it doesn’t need to be camouflage (although mine is because let’s face it, you have to dress for success). There are plenty of other things you can tack on there, but for now, we’ll stick to the bare necessities. Since I am cheap, I’ve searched for years for gear that works fine and won’t turn my bank account into a sucking vortex. Here’s what I’ve got in my setup right now.

Beuchat Arka Speargun: $129.95 – $139.95
Now, there are a few things to consider when buying a speargun. I prefer a band over pneumatic, and you should too. Smaller guns work fine if you’re fishing shallow reefs, but if you want to get into the bigger fish in deeper water, you’ll want to go longer. A bigger gun also gives you a better chance of killing a fish on the first shot, but the longer they are, the harder they are to load and swim with. I’ve got two: a Beuchat Espadon 90 and a Beuchat Arka 100. Beuchats are fantastic beginner guns that come in at $89.95 – $119.95, depending on the size you want. 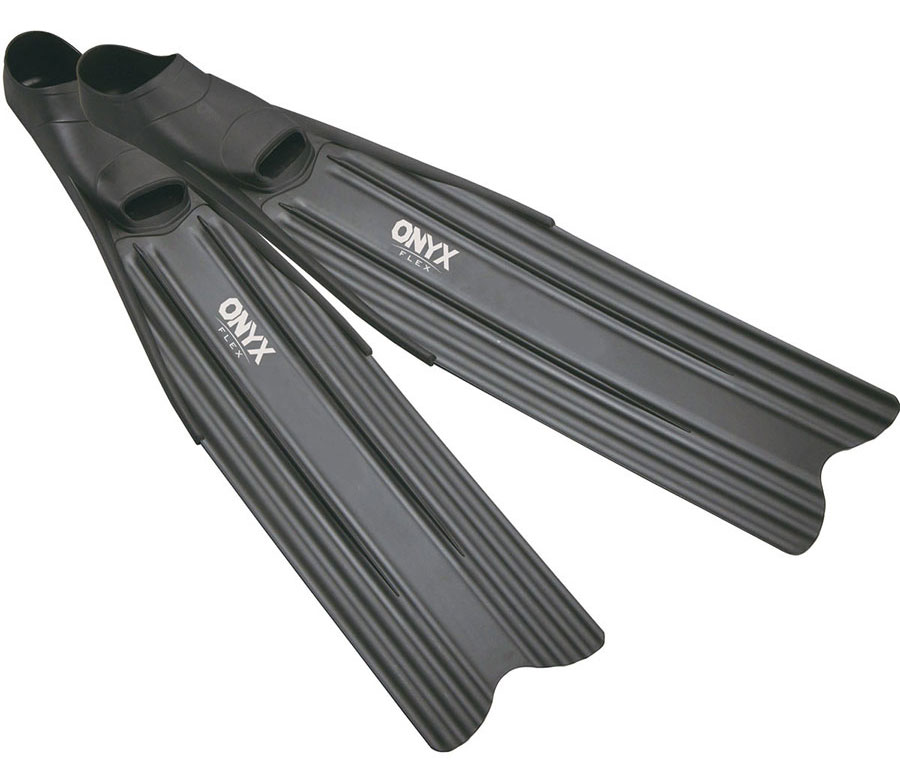 Sherwood Onyx Freedive Fins: $99.95
Yes, you’ll need fins. Spearfishing without them is almost always a total waste of time. Get deeper faster, and you’ll get more fish. Getting down to your hunting area quickly is pretty important if you’re a beginner and can’t hold your breath for a long time, so fins are of the utmost importance. Fins, however, often tear your feet to shreds and can cost a lot, but the ones I have are relatively inexpensive and feel like slippers, and at about $100, they’re some of the cheapest fins on the market that don’t completely suck. 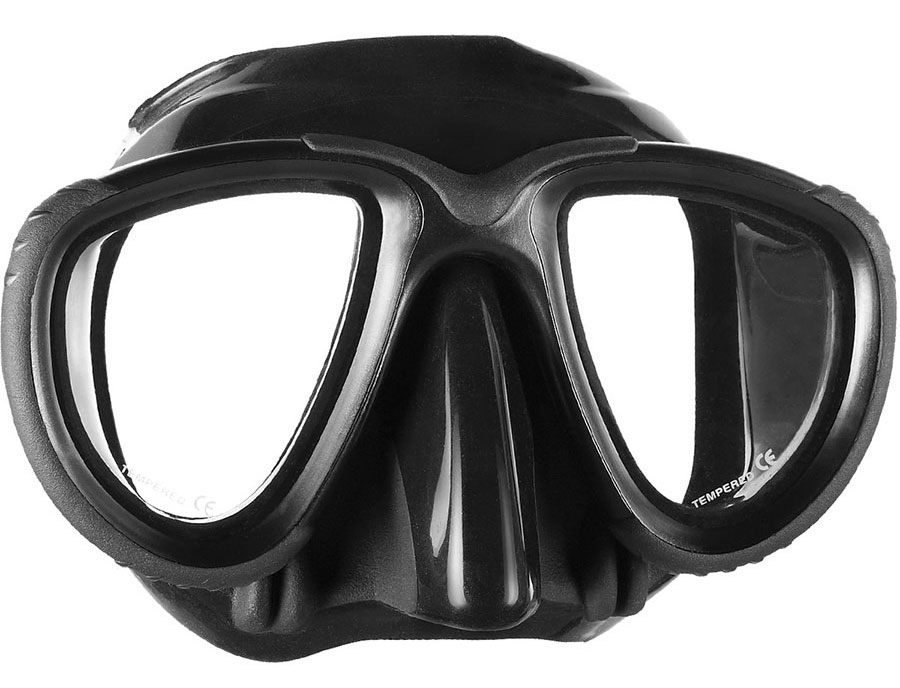 Whatever you do, don’t get a shit mask. You will regret it. Photo: Leisure Pro

Mares Tana Mask: $49.95
For the love of God, get a good low volume mask. There is almost nothing worse than flailing around trying to get the water out of your mask and swimming through a giant school of fish that you’ve been waiting for. If you’re diving more than 10 feet and you have a mask that’s made for a child in a kiddie pool, you’re blowing it. Mask squeeze, leaks, and fogging will make your dive basically unbearable, and it’s easy to spend a fortune on a good one. You don’t have to, though: the Mares Tana mask hits all the marks for $49.95. And yeah, you’ll need a snorkel, too, but that’s kind of whatever. It’s just a tube you breathe through, right? 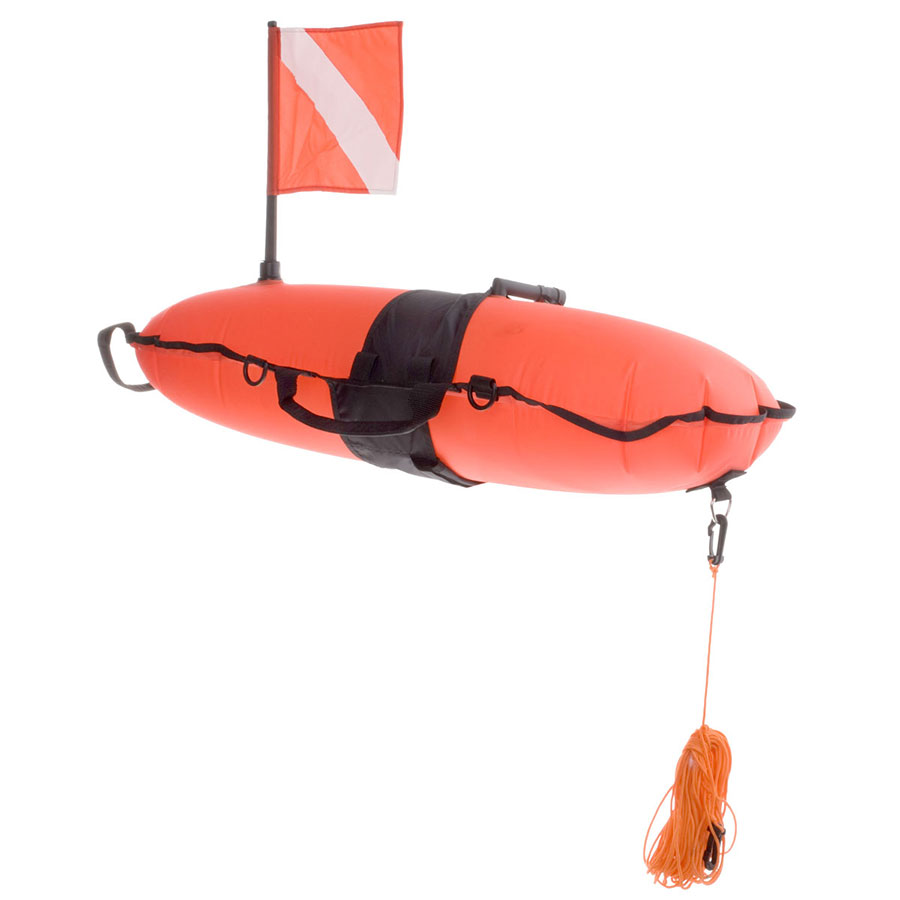 Buoys are nice because they make boats not run over you. Photo: Leisure Pro

This one falls under the might-need it-might-not category, but as the old saying goes, “it’s better to have it and not need it than need it and not have it.” There are a lot of different ways to use a float, but I attach mine directly to my gun. If you ever need to drop it, it’s easy to find when you’ve got a lungful of air, and if you happen to shoot a fish that’s a little stronger than you expected, it’s dragging your float behind it. As an aside, the line this buoy comes with ain’t all that great, so you might want to get a different float line. Hang your catch, a bottle of water, and anything else you don’t want dangling off you while you’re diving. Oh, and it also helps so boats don’t run over you, which is nice. 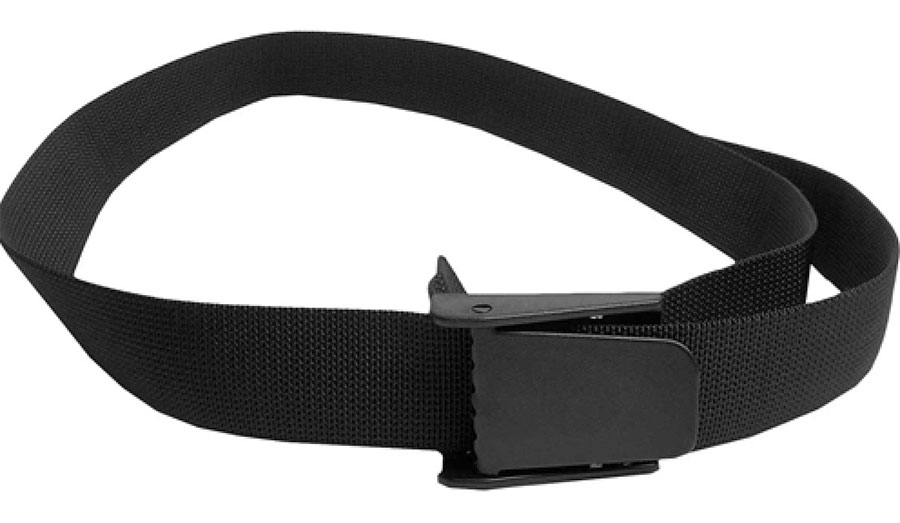 Don’t buy a super expensive belt, because the price of weights will surprise you. Photo: Leisure Pro

Blue Reef Belt Belt: $7.99
Don’t let anyone tell you that you don’t need weights if you’re spearfishing, especially if you’re wearing a wetsuit. You’ll need a belt to hang the weights off of—and if you’re wearing a thicker wetsuit, those weights can get a little spendy, so don’t spend a fortune on the belt itself. Wetsuits make you float, and weights offset that buoyancy. Spearfishing is all about conserving your oxygen, and if you’re struggling just to stay in the hunting zone, you’re failing. It can be a hard thing to get right, as lots of things affect it—the thickness of your suit, the depth you want to get to, and how much you weigh. Yeah, you could put 50 pounds around your waist and sink like a stone, but that would make getting back up to the surface a little difficult. Ideally, you want to float easily at the surface, but once you reach about 20 feet, your buoyancy changes. See, as you go deeper, the tiny bubbles of gas in your suit compress, and you become less buoyant—helpful if you’re going down, not so much if you’re frantic to get to the surface. So while I can’t tell you how much weight you’ll need, I can give you my weight and two different scenarios: I weigh 185. Diving in Mexico with a 2 mm suit, I wear 10 pounds. Diving in Canada with a 7 mm suit, I wear 30. Here’s a decent dive weight calculator to give you an idea. Now go figure it out yourself… but do it safely in a shallow area with a friend. Oh, and P.S.: as you get more comfortable going deeper, you’ll probably want to upgrade to a rubber belt. The nylon ones tend to slide up your body, which is very uncomfortable.

The Cressi Vigo dive knife is sharp, doesn’t rust, and has a sheath that actually works. Photo: Leisure Pro

Cressi Vigo Dive Knife: $14.95
A dive knife is an important tool for a variety of reasons: first, if you shoot something, you’re going to want to kill it as soon as possible. A big fish on a spear is exceedingly hard to control, and unless you’ve stoned it, you have to kill it quickly, not only for your safety but so you’re not prolonging the agony. As well, they can be used to cut lines, seaweed, or anything else you get tangled in. Don’t bring a steak knife from your kitchen. Bring a rust-resistant blade that is serrated on one side and has a line cutter, and get one with a decent sheath that won’t let go once the blade is clicked in. You’d be surprised how many knives are probably littering the ocean floor.

No, it doesn’t have to be camo. And yes, your surfing suit will work. But you want to dress for the job you want, not the one you have, right? Photo: Leisure Pro

Wetsuit: $0.00-?
I’ll be honest here. If you have a decent surfing wetsuit and you’re just getting into spearfishing, stick with that. For years, I used a 2 mm or 3 mm plain black suit, not one of those camouflage ones, and it worked just fine. Wetsuits also vary widely in price, but you can find relatively cheap ones easily—usually anywhere from $100-$400. Right now, I’ve got a 7mm spearing-specific suit (Canadian waters are cold, and spearfishing trips can’t always be somewhere warm). If I’m somewhere warmer, I’ll just use a wetsuit that works for the temperature. Remember, though, you’ll likely be out for longer than the average surf session, so dress warmly.

There. That’s all you’ll need to get on your way. Bring a friend, get a license, learn to breathe, and play it safe. And remember: spearfishing isn’t about just killing stuff, it’s about sustainably getting something wonderful to eat and/or simply spending as much time as you possibly can in the greatest playground on earth.