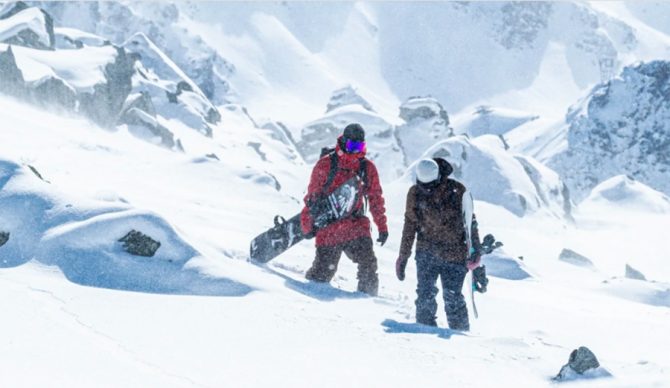 FW Apparel can stand up to any of the mainstream names you’ve heard before. And then some. Photo: FW

I don’t fancy myself a fan boy of apparel brands very often. In fact, I have a hard time remembering if that’s ever happened, especially given the fact that I regularly tear bibs and jackets to pieces, leaving them smelling like sweat and mildew after a winter’s use. But I’d go to bat for FW Apparel anytime. This relatively new line – from the same company that brought us FACTION skis – came out of the box swinging, creating a rugged apparel line for the things I most like to do: namely splitboarding in the backcountry.

First a bit about FW. In three years, it has created a super-high quality, four-seasons line, born from the boardsports culture in Lake Annecy, in the French Alps. What does FW stand for? That would be Future Wild – basically a nod to the environment and the company’s forward thinking.  FW’s winter collection is absolutely its crown jewel.

I tried the Manifest Jacket and Tour Bib. I’ve put about six to 10 days in with these two pieces and I seriously love the cut, the comfort, and the hardy feel of the material. The Manifest Jacket is so simple, with pockets in all the right spots including chest and traditional side pockets. For snowboarding, and especially touring, the jacket allows for easy movement and is extremely water repellent (I’ve gotten it all from rain, to heavy snow to blower pow), in a proprietary material to FW constructed from nylon and polyester. The hood can fit a helmet, or not, and the jacket can be adjusted to fit wherever you need it to. It’s a fantastic piece (also see FW’s specific Manifest Tour jacket, a slightly lighter weight coat). 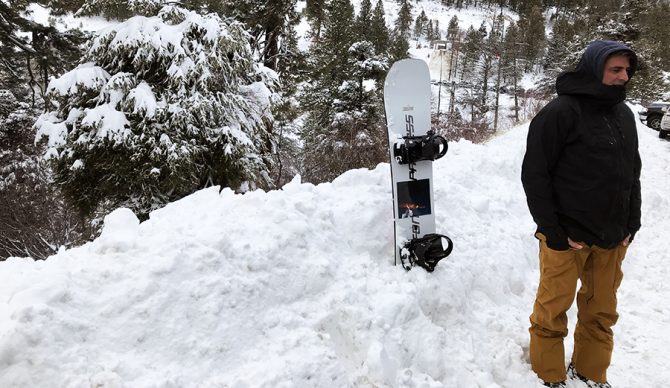 Mr. Carberry, putting the Manifest Jacket and Tour Bibs to proper use.

Even better are the brand’s “Tour Bibs,” especially comfortable pants built for sweating. They feature these rad inner thigh zips that open up for ventilation when you’re climbing, and the Cordura material is super stretchy, while still protecting against the elements. Fear not, they’re fantastic for riding lifts, with a pair of ingenious side pockets that boast flaps that don’t require a zipper (they simply flip into place, almost like magnets) so you can keep a ski pass, wallet, or just a credit card, easily access it, and not worry about losing anything.

Those side pockets can expand to hold skins, or other bulky items as well. The suspenders are easily adjustable and super hardy, meaning you can give them everything you have – even a beer gut, if that’s where you’re at. The cuffs, or ankle material, are reinforced to guard against the rough wear that comes with skinning uphill on a splitboard. In short, you could live in these pants.

In my time testing gear I’ve had the pleasure of using all the mainstream names like Patagonia, North Face, and Mountain Hardwear. In my eyes, FW stands up against any of them and will be a serious player in the apparel market for years to come. Stay tuned.

Check out more of FW Apparel’s line on Backcountry and Evo.