Cannabidiol: Is CBD a Rising Star or a Popular Fad? 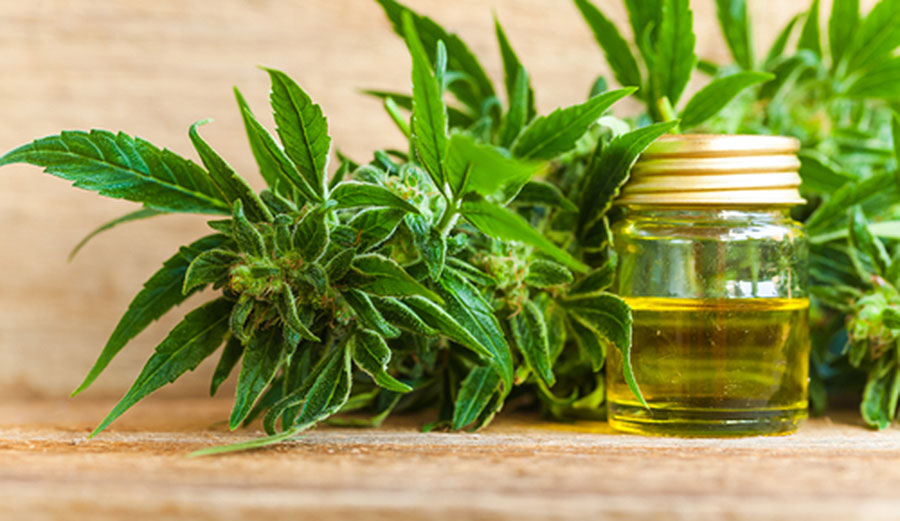 CBD, made from hemp, is being hyped as a treatment for pain, nausea and a variety of maladies. But studies so far do not show benefit in humans. Image: ElRoi/Shutterstock.com

Cannabidiol, or CBD, has become a household name. On many social media sites, people suggest “but have you tried CBD oil?” on posts pertaining to any health-related issue.

CBD, a minor constituent of marijuana, is widely touted as nature’s miracle by CBD enthusiasts. It does not get people high, unlike marijuana’s main constituent, delta-9-tetrahydrocannabinol (THC). However, given the recent surge in its popularity, you’d think the molecule is magic.

We are behavioral pharmacology scientists, and we study how drugs act on the body. Specifically, we have an interest in developing new drugs for the treatment of pain that possess lessened drug abuse potential, and therapeutic interventions for drug abuse. Although there is scientific interest in the use of CBD for both pain and drug addiction, as well as many other medical indications, there is a lot that we still do not know about CBD.

CBD and THC: How Do They Work?

Drugs affect the body by binding and acting at various protein molecules, usually on the surface of the cells in the body, called receptors. These receptors then send signals that can impact bodily functions.

Studies indicate that CBD does, however, act on several other types of receptors. These include the serotonin 5-HT1A receptor, which can help regulate sleep, mood, anxiety, and pain. CBD may also indirectly alter the body’s own cannabinoid receptor activity.

However, scientists do not yet understand the exact manner in which CBD acts on the body. Likewise, many health-related anecdotal claims pertaining to CBD are not founded on solid scientific evidence and may be due to well-documented placebo effects.

There is strong evidence, however, that CBD has enduring health benefits in the treatment of intractable epilepsy.

It has been nearly six years since the story of the Charlotte’s Web strain of marijuana broke into national and international media. This strain of marijuana was named after Charlotte Figi, who struggled with intractable pediatric epilepsy until she was given oil extracted from the strain, which contains a higher CBD-to-THC content.

Charlotte’s father saw an online video of a child from California with seizures who was being treated successfully with marijuana. As it turns out, the active compound that was helping Charlotte was not THC but CBD.

Based upon clinical evidence, GW Therapeutics developed and licensed its own CBD extract, a drug now called Epidiolex. Clinical trials with Epidiolex for the indications of Dravet syndrome and Lennox Gastaut syndrome, two forms of pediatric epilepsy, were resoundingly positive.

In June 2018, the Food and Drug Administration approved Epidiolex for treatment of these two forms of epilepsy in children that have not responded to other treatments.

Meanwhile, as the clinical trials for Epidiolex were underway, a landmark study from Indiana University demonstrated a possible mechanism for CBD’s astounding effects on Dravet and Lennox Gastaut syndromes. These two syndromes are associated with genetic mutations in two genes that are important in the regulation of sodium ions.

Nerve cells regulate the way they send signals by how ions, or molecules with either an overall positive or negative electric charge, flow in and out of their cells. The most common ions that regulate nerve cell signaling are sodium, potassium, calcium, and chloride. These ions move in and out of the cell via pores known as ion channels.

In many forms of epilepsy, however, the movement of ions is not properly controlled. This leads to aberrant firing of the brain’s nerve cells and seizure activity.

In both types of epilepsy for which CBD is effective, there are alterations in the channels that control the flow of sodium in and out of nerve cells, or what is called a “sodium channelopathy.”

The study from Indiana University found that CBD can directly inhibit the aberrant flow of sodium ions in nerve cells that have sodium channelopathies. Importantly, CBD does not seem to impact the flow of sodium in healthy nerve cells.

Although CBD has marked effects on these sodium channelopathies, this does not mean that CBD will produce meaningful benefits to other forms of epilepsy.

Other forms of epilepsy are linked to regulation problems related to the flow of potassium ions in cells. This type of pediatric epilepsy is resistant to all known therapeutics, including CBD.

There are also claims that CBD can be used to address pain. And indeed, mounting evidence in pre-clinical laboratory studies show that CBD may be of use for the treatment and prevention of neuropathic pain, or an amplified response that may be due to nerve cell damage. In a mouse model of this type of pain, CBD injections prevented and reversed the development of one hallmark sign of neuropathic pain, called mechanical allodynia. This is the sensation of pain due to a non-noxious stimulus, such as the feeling of clothing on an area of skin that has a sunburn. A new study from McGill University in Montreal, Canada, shows that oral administration of CBD produces these same effects in rats with a similar type of pain.

In both of these studies, the scientists discovered that these effects are likely due to actions at serotonin receptors. A study from scientists at the University of Kentucky suggested that CBD applied to the skin, or transdermal CBD, may reduce inflammation in a rat model of arthritis.

However, additional studies from the laboratory at Temple University show that CBD does not work for all types of pain when tested in animals.

An important caveat to these findings is that not all compounds that produce effects in rodent pain studies will work in humans. Further, most of these studies examined the effects of injected CBD. So far, there is little evidence showing therapeutic effects of either edible or transmucosal, the administration of a drug across a mucous membrane, CBD for pain. There is only limited evidence for the use of transdermal CBD. Thus, until more scientific studies are conducted, the hype that CBD can successfully treat various forms of pain in humans is premature.

CBD: Beyond the Laboratory 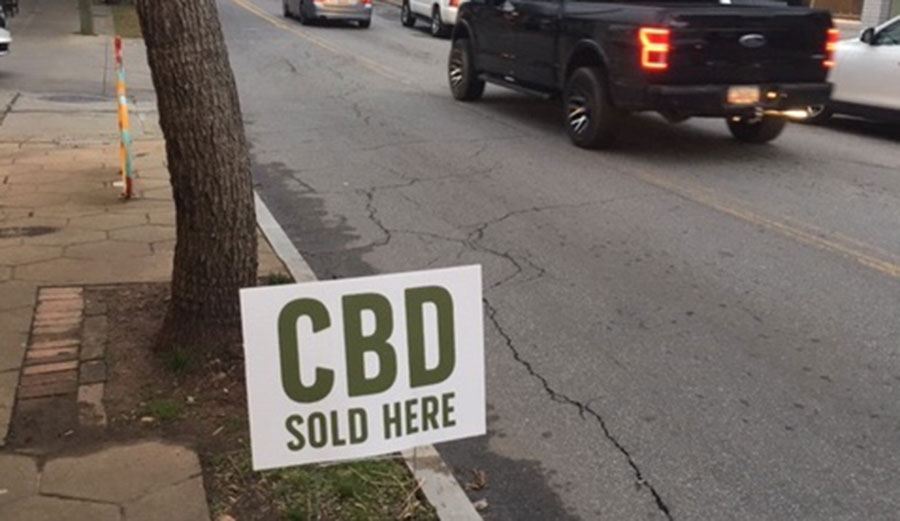 A sign outside a market in Atlanta on Jan. 18, 2019 advertising the availability of CBD. Image: Lynne Anderson/, CC BY-SA

Still curious about all the hype? Before running to the local supermarket health food aisle to purchase CBD to conduct your own at-home trial, there are a few more points to consider.

However, it remains unclear if hemp-derived CBD works in the same exact manner as marijuana-derived CBD. Further, the FDA does not approve of CBD products as dietary supplements, or the marketing of any health-related claims. Also, the agency prohibits the addition of either THC or CBD to food products sold in interstate commerce for human or animal consumption.

As long as there are no associated medical claims, the FDA allows the use of hemp oil and seeds in cosmetics. However, the usefulness of hemp products in cosmetics also remains to be determined.

Further, as many of the items on the supermarket shelf are not approved by the FDA, there is limited oversight into their production, and the amount of CBD, if any, that these products contain are often mislabeled or misleading. Thus, it is too soon to say if CBD is truly a rising star or merely a fad that will burn out and fall to Earth.