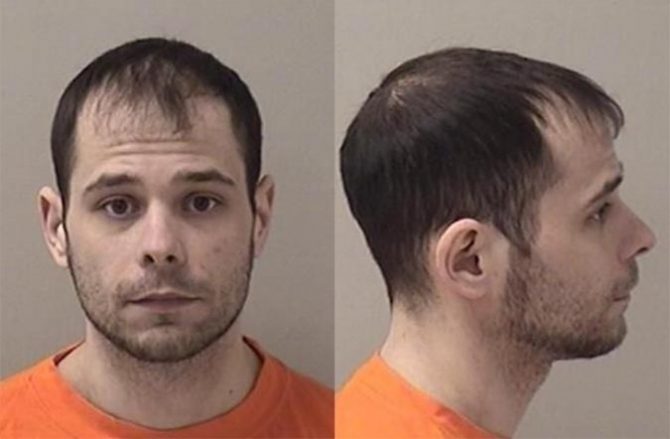 Multiple outlets in the Chicago area are reporting that 37-year-old cancer patient Thomas J. Franzen has been sentenced to four years in prison for possession of 42 pounds of THC chocolate. He reportedly ordered the chocolate from a California dispensary in February of 2014.

Franzen, according to attorneys, pleaded down after being charged with “cannabis distributing” when authorities found “430 individually foil-wrapped marijuana chocolates.” Defense attorney David Camic said his client was using the chocolates to self-medicate and relieve himself of nausea. The trafficking charge carried a 12 to 60-year prison term in Illinois.

Franzen, who didn’t have any prior criminal arrests, is now suffering from testicular cancer that has spread to his lungs and abdominal cavity, according to a 2018 court petition filed to have an expert evaluate whether he was fit to stand trial. He also had a re-occurrence of renal cancer in one of his kidneys, according to that same document.

A judge will decide June 14 when Franzen will begin his sentence and is expected to show compassion for Franzen’s condition.

The cruel irony here is that the Illinois General Assembly passed a marijuana legalization bill May 26 and will become the 11th state to make the plant legal for recreational use in January of 2020.

It is not believed that Franzen possessed a medical marijuana card at the time of his arrest. “I wish the new legalization law applied to this case,” Camic said. “From my understanding, [the new law] is for personal use only. His problem is that edibles have a large mass, especially chocolates. And even with legalization, I don’t believe you can import cannabis without authorization.”