20 Years After His Death, Craig Kelly’s Snowboarding Legacy Lives On 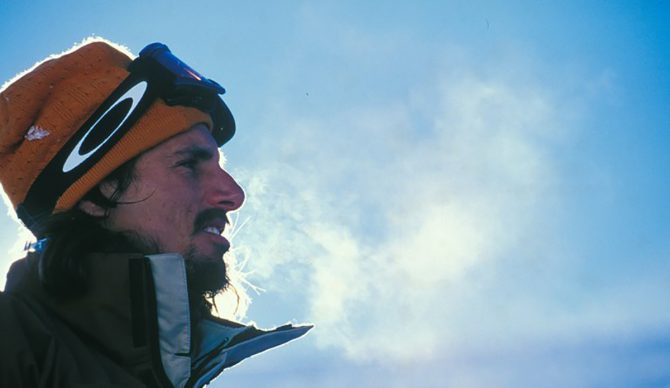 One of the most influential snowboarder to ever live. Photo: Vianney Tisseau//Burton

In the world of snowboarding today, where most tricks look more like video games than real life, a long, slow, kicked-out method beats any triple-cork in the style department. And no one did it better than Craig Kelly.

Last Friday was the 20th anniversary of his death. Instead of writing a tribute that day, I went snowboarding.  I didn’t just go snowboarding anywhere, I spent the day at his stomping grounds of Mt. Baker, in Washington state. I’m pretty sure it’s what he would have wanted all of us to do, especially since he couldn’t physically enjoy it with the rest of us. With beautiful sunshine and over 14 inches of fresh, cold smoke after weeks of warm slop, the few of us who showed up knew he was there in spirit.

It’s also where my own snowboarding career began nearly 30 years ago when Craig’s legendary status was already cemented. By that time he was Burton’s poster boy (after leaving Sims) with a couple pro models under his belt, and more to come. Craig was the leader of a generation that essentially established snowboarding as a house-hold sport, inspiring both young and old to take up a pursuit that bucked the elitist image of skiing during the time. He won four world championships and three U.S. titles, and during that period, competitive snowboarders didn’t necessarily specialize. Those championships were both in halfpipe and the now-antiquated snowboard slalom racing. He was incredibly diverse in his abilities — and that’s just comparing him to what others were doing.

But more than anything, he was a wanderer, which eventually led him to eschew the competitive world for freeriding in the backcountry, where he had countless first descents to his name from Alaska to Canada and in the U.S. – all the while helping Burton develop its first splitboard. Before his death, he was working to become the first fully certified snowboarding mountain guide, even working to open up the now-iconic Baldface Lodge. In one of the most famous tales of his adventures, in 2000 he took a 14-month trip with his girlfriend, from Alaska to Chile, surfing and snowboarding his way through the Americas. How many times has that trip been emulated since? His daughter, Olivia, was born a few months after, a beautiful “souvenir” from the road, as he once said.

Yes, Craig was a man apart.  His video segments became a staple in snowboard shops throughout the 1990s, but despite his status at the top of his class, his true legacy was in turning his back on the industry and carving out his own path in the wild. By doing so he helped prevent the entire sport from becoming a corporate wasteland of hype over substance. He proved that you could still hold true to your values and succeed – maybe not be a multimillionaire (as he clearly could have been), but the one out there scoring the best lines in the world. Truly, he measured success the way our culture ought to — through passion and dedication and a love for wild places.

For us groms, we learned by seeing Kelly and his Mt. Baker Hardcore posse – a famous group he ran with on the mountain – launch the ridge at Chair 5, and later when Chair 8 came in, the insane spectacle that occurs when Shuksan Arm has the stability to properly send. More than any other ski “resort”— a term that only loosely applies here — Baker is full of lift-accessible death traps that will take one’s ego along with their life if not paying attention. So to be able to watch Kelly and see where even he and his crew would avoid laying tracks helped us to gain mountain sense. Without even knowing it, he led by example and showed several generations what to avoid – but even more importantly, where it was possible to go.

He was able to live the dream in one of the most pure senses of the phrase. He set a standard that many emulate today. Through his legacy scholarship fund, his memory now helps other snowboarders pursue a career in backcountry guiding — a career he blazed the trail in, not only for myself but hundreds, if not thousands of other snowboarders who now make a living by shredding pow and helping clients discover the power and beauty of freeriding in the wild.

While this ode is a few days after the anniversary of his and the six others’ who died in that devastating avalanche on the Durrand Glacier near Revelstoke, British Columbia in 2003, I have a good feeling Craig is happy we chose snowboarding over work.  His memory held strong last Friday as we rode straight onto the lift after the Canyon opened, giving us access to 14 inches of light, dry midweek powder. We tracked out Gunner’s Bowl until we moved onto the Arm, and we hiked to some of the most incredible alpine terrain that one can find by foot.

I almost feel bad telling others how idyllic Mt. Baker is, but if you’re reading because you want to know more about Craig and are willing to make the trek, and possess the gear and skills to be safe, then you probably deserve a couple laps there as well. For to truly know Craig’s legacy you need to get into the terrain that helped carve his style and ethos. Or find your own lines. That’s how we keep his legend alive.

The author, paying homage at Baldface: