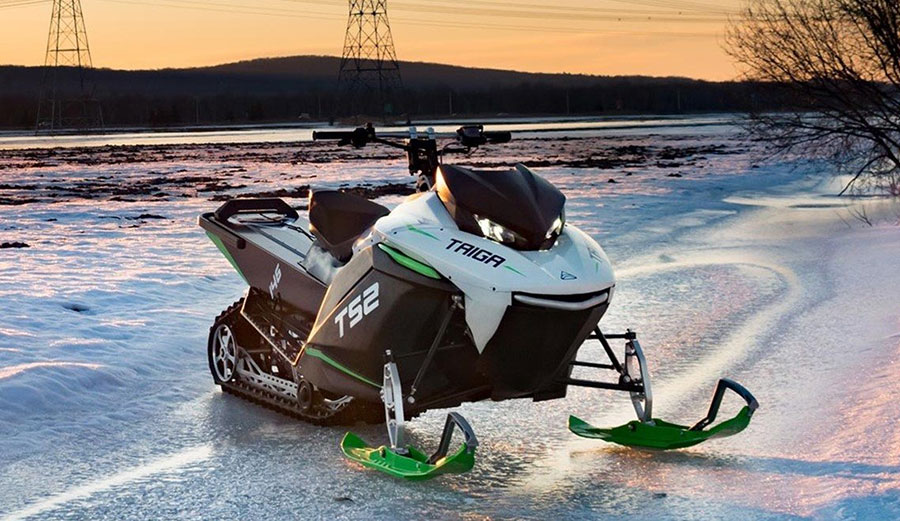 The TS2. All electric. No emissions… and no brap. Image: Taiga

Electric motors are on the verge of becoming the norm. Teslas are becoming more and more popular. Long haul trucking companies are buying electric rigs. Although the combustion motor is still the most prevalent in all vehicles today, we’re taking slow steps towards a future that doesn’t include it. Taiga Motors just joined the race with the world’s first electric snowmobile.

Taiga Motors is a Montreal, Quebec based company, and it hasn’t been around all that long. After working on electric powertrains for cars on the McGill racing team, in 2015 three engineering students decided to start their own company. Now, three years later, Gabriel Bernatchez, Sam Bruneau, and Paul Achard have introduced the electric TS2 snowmobile.

While it’s still in the prototype phase, the TS2 trials have been hugely successful. “Everybody thought it was pretty impressive,” Craig Beattie, General Manager of Canadian Wilderness Adventures, told The Whistler Question. “We had the odd glitch that happened, which I think that you have to have an expectation of, but all-in-all I think they were all blown away.” 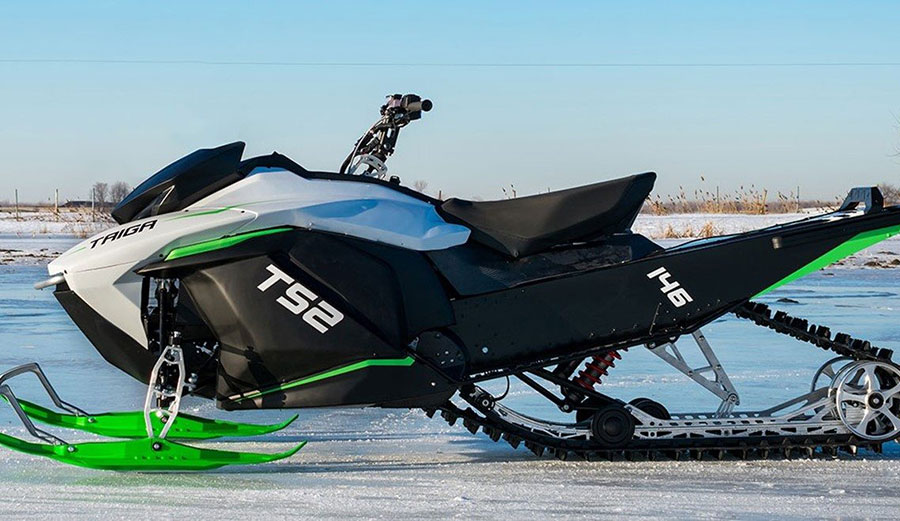 At under 500lbs fully loaded, Taiga’s electric snowmobiles are some of the lightest in the industry. Image: Taiga

Although electric vehicles in the past haven’t been able to measure up to the power of an internal combustion engine, in recent years that’s entirely changed. The TS2 stands up to the average sled in nearly all aspects. It’s got 107 horsepower, 184 pound-foot torque and a three-second 0-60. Its battery is good for around 60 miles, which is less than your average gas-powered sled, and it weighs in at around 500 pounds.

Regular snowmobiles aren’t exactly great for the clear mountain air they’re found in. Your typical sled engine pukes out somewhere around 20 times the amount of carbon monoxide, nitrogen oxide and hydrocarbons than your typical car.  The TS2, of course, has zero emissions and is far quieter. 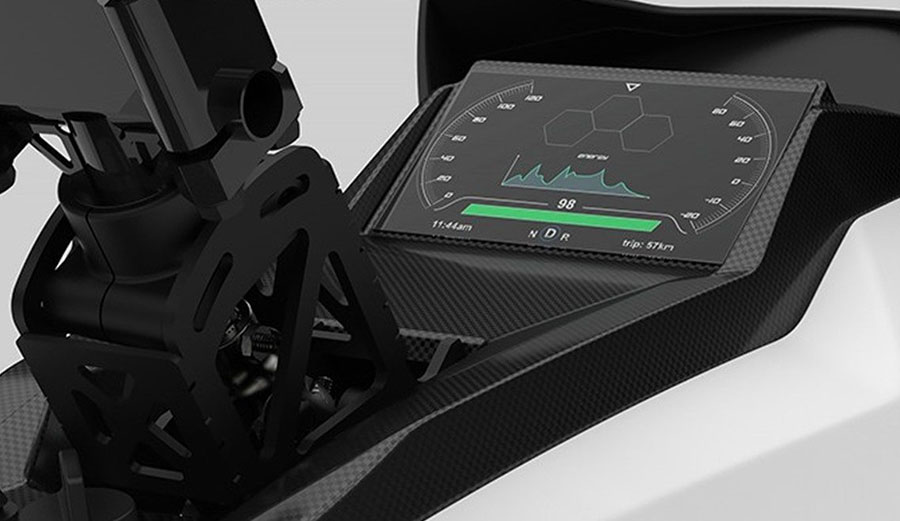 The TS2 has an Integrated GPS system. Photo: Taiga

While that all sounds wonderful, there will be one thing missing that many riders won’t like: that brap brap.