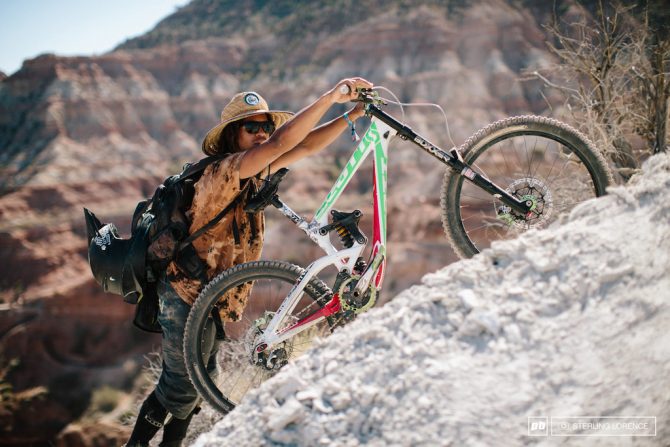 Nick Pescetto is all about flow, a gifted combination athlete who excels as a skier, and freeride mountain biker, with an intriguing background. Like other great combo athletes (see Shaun Palmer or Shaun White) he moves across the Earth as if it were his personal playground. And despite living all over the world, he’s pretty grounded (he credits his impressive mountain biking prowess to hard work and loving what he does). Not too many athletes have the outlook that Pescetto does. While many may begin with this mindset, it’s easily lost when confronted with money and fame. Pescetto doesn’t find much value in either–it’s clear that he just wants to ride, meet new people, have fun, and inspire others to do so as well. Hence, his propensity for promoting the “freeride lifstyle.”

Born in Rio De Janeiro, Brazil, he moved to Italy at a young age, where he started mountain biking and riding snow. It was there that he began the CPGANG, now an actions sports clothing brand. Pescetto has been somewhat instrumental in the advancement of the professional freeride movement lately. He also helped start the FEST series — a series of invitational mountain biking events around the globe. I caught up with Pescetto via skype, email, FB messenger, using any app or device I could to catch up with him as he trotted the globe. This is how he lives so he can continue to shred. Wherever he wants to.

As a kid from Rio De Janeiro, how exactly did you get started in mountain biking and surfing?

I moved to Italy when I was four and I started riding bikes and jumping around when I was 14. I actually only started surfing three years ago. I was in Barcelona and there was some shitty wind swell.

And that continues when you moved to Italy?

As far as riding bikes, yeah. It was pretty natural. I was just jumping around with my friends off little jumps and just trying to go crazy on our tiny bikes. We didn’t even know it was a sport. Then we took it more seriously and saw that there was actually a scene.

At what point did your professional riding career take off?

Did it really take off??? Hahaha!

Tell me a little about what your life was like at university in Barcelona. Did you spend more time in class or going big on the dirt jumps?

Yeah, I studied business/sport management in Barcelona. It was kinda cool because I met people from different backgrounds and I learned more things about the world. I was riding lots and just having a good time for sure, but I was making smart moves (like starting our own brand) and always made sure I never failed a class.

FEST Series was created because there was no fun events where freeriders could take part so the (athletes) just did their own. New format, new styles, no rules or points and just fun, friends and big jumps. I was one of the six guys that helped put it together. The other guys are: Makken, Nico Vink, Andreu Lacondeguy, Kurt Sorge and Graham Agassiz

You’ve been traveling the last three years, where are some of your favorite locations that you’ve lived, biked, skied or surfed?

British Columbia is definitely the best place for biking, I love surfing in Indonesia, but I hate the crowds (in Bali). I haven’t been to the other islands, but I’m gonna go soon. Another surf spot I loved is in Mexico by Rosarito, 40 minutes south of Tijuana. My homie, Milano, has the sickest house in front of the waves and the crowds are never too much. It doesn’t really matter where I am though — as long as the crew is good and we are having fun doing our thing, any place is good.

You are a very versatile athlete, but which sport do you enjoy the most?

Now it’s surfing because I have so much more to learn, but I do love catching air on the bikes or skis anytime!

Do you ever find yourself having to get odd jobs in the locations you travel to? Or do your current projects keep you afloat financially? Or does that kind of stuff even matter to you?

Most people don’t really understand what I do and how. Some people think that I am a millionaire or that my family is. Well I’d love to be a millionaire, but it’s quite the opposite. I have a lot going on with biking and with my sponsors, but I do a lot of film making too. That’s why I am always traveling– either riding or shooting in front or behind the camera. 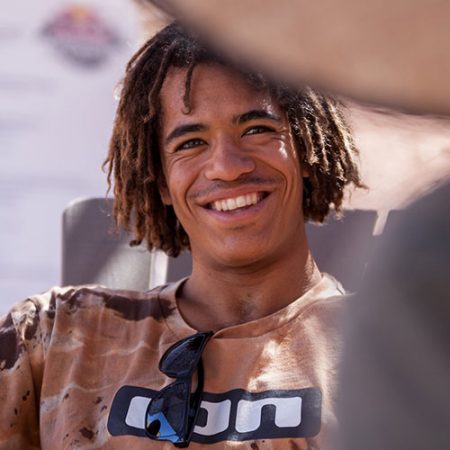 Are there any places that you are dying to visit and bike in?

I wanna go to Costa Rica and Hawaii to ride, surf and shoot. If anyone wants to do something cool in these places, hola at me!

CPGANG is your brand, but it began as a small group of friends you used to bike with, when you were young. Explain the idea behind CPGANG? Has it changed at all since you were 15, or has it only gotten bigger and better?

CPGANG is the crew and now a clothing brand as well. The main two people behind it is my best friend Luis Biscaldi and myself. It changed big time. It started totally for fun and almost for no reason, just among some friends in Italy almost ten years ago. Nowadays, it gets people stoked to ride, party, and travel. We have many people following and supporting us, that’s why we are going to give 100 percent to make it bigger.

In your own words, what is freeriding?

Freeriding is not just about riding bikes (or any tool you choose), but how you live your life and your mindset. Ride to be free, live to be free. Free of people telling you what to do, free of rules and regulations, riding and living the way you vision it, and making it all happen. It’s far from easy, but it’s the greatest and most rewarding challenge one could ever deal with.