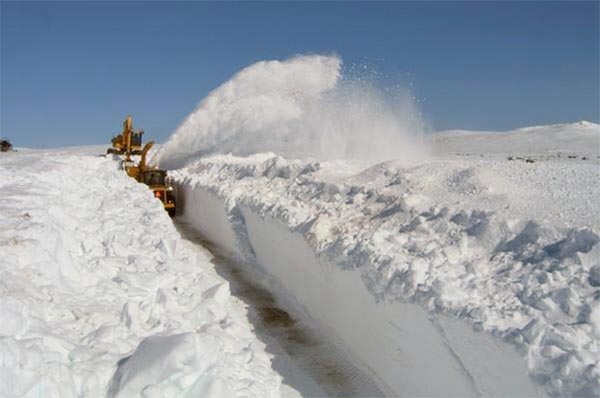 In incredible news out of Canada, officials have happily announced that the country easily finished its own border wall in the past 21 days while everyone was distracted by the U.S. government shutdown. And it was a simple solution: one of the snowiest countries in the world used its overabundance of frozen water to create a border wall spanning nearly 4,000 miles from the shores of British Columbia in the west to New Brunswick in the east. The purpose? Keep weed-puffing, hard-drinking Americans seeking better times out of the country.

“For years, Americans have crossed our borders to bypass repressive laws and governments in their own country, simply to have a better time, be it the drinking age limit or, more recently, to smoke weed legally,” announced Canadian Prime Minister Justin Trudeau. “Well, those benefits are for our citizens.”

In an incredibly-well choreographed effort not seen since World War II–or the other night when superfan Drake cheered on the Raptors from his court-side seats–more than 10,000 snowplows from Saskatchewan to Alberta to British Columbia and beyond converged on border towns and wilderness areas, piling snow at least 15 feet high (or 4.572 meters if you’re reading north of the border). The country then brought in the best park builders and sculptors from ski resorts across the country, from places like Whistler, Banff, and Revelstoke to shape the snow into what Trudeau called, “an impenetrable wall of white.”

“The stoke level was so high, or maybe they were all just baked out of their minds, I don’t know, but those guys are skilled,” added Trudeau. “We knew they could sculpt a quarterpipe but boy, who knew they could make such perfect border walls.”

When pressed about the fact that Americans seeking better times could simply shovel through the walls or even use ropes to climb them in un-patrolled areas, the Prime Minister seemingly changed the subject, “And we didn’t even have to shut down the government to get it done.”

As the world watched, officials also announced a plan to cover the great, snowy wall in cement come early spring to create a permanent barrier to Americans seeking a better time. We’ll keep you updated.

Editor’s Note: If you didn’t figure out this was satire within the first few sentences, shoot us a note and we’ll send someone to hit you over the head with a frying pan immediately.