Golden, British Columbia Will Renew Your Faith In Mountain Towns 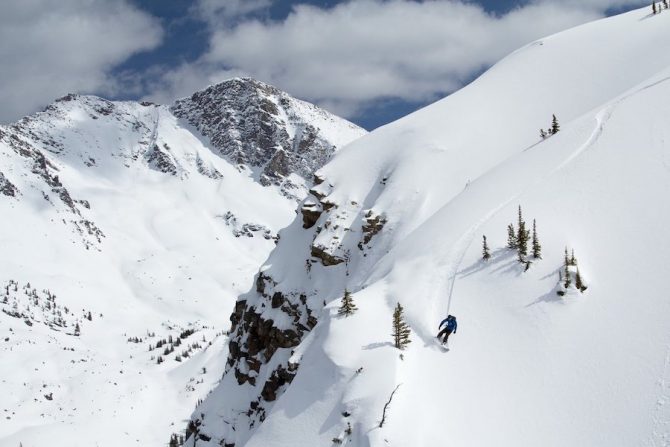 In 1858, a British Surgeon named James Hector crossed the Continental Divide with a group of colonizers surveying potential railway routes within the Canadian Rockies. While trying to rescue one of his pack horses that fell into the river, Hector’s own horse kicked him in the chest and knocked him unconscious. Legend has it that other party members thought Hector had been killed and began to dig a riverside grave. Luckily for Hector, he came to in time. Thus was the impetus for naming the river and pass after Hector’s unlucky turn: “Kicking Horse.”

Fast forward 140 years — the railway has long been built, and the sleepy town of Golden that sits in the Rocky Mountain Trench is looking to diversify its economy beyond traditional industries of rail and mining. Through a referendum that had 93 percent of the community’s support, the town sold the Whitetooth Ski club to a private investor in 1997. Among developing a base area, paving the road to the hill, and adding new lifts that created a whole new dimension of vertical, the new owners also renamed the ski hill after Hector’s folly as Kicking Horse Mountain Resort.

There are only two real lifts of note at the ski hill. Although calling it a “hill” is selling it way short. To me, it’s a giant dinosaur claw with multiple ridges spanning out from the top of the two lifts (between Redemption, CPR, and Ozone, you’ll be riding chutes for days). The terrain you can access from these ridges provides enough thrills to keep even the best riders in the world on edge. You only need to look at the most recent Freeride World Tour highlights to watch top skiers and boarders sending it in the hike-to area known as “Ozone” (also open to the general public) to know this resort is the real deal: a big-mountain heaven where on-piste skiing and riding blends seamlessly with the off-piste routes most of us crave (see more, here).

I could go on about the mountain and its countless couloirs, light dry snow, and lack of crowds. I’ll just leave it like this: you should definitely go. But the ski resort is only part of the equation, and the real magic is what lies below the hill, in the town of Golden. It’s a place that, for the most part, has avoided the pitfalls that come with other ski towns — primarily the green-eyed monster that takes over people’s hearts and minds and leaves locals lamenting about how things once were. Yet in Golden, they seem to have had their cake while still continuing to eat it. The place has a distinct character to it with its blue-collar roots while maintaining unrivaled hospitality that the mega-resorts simply can’t compete with. 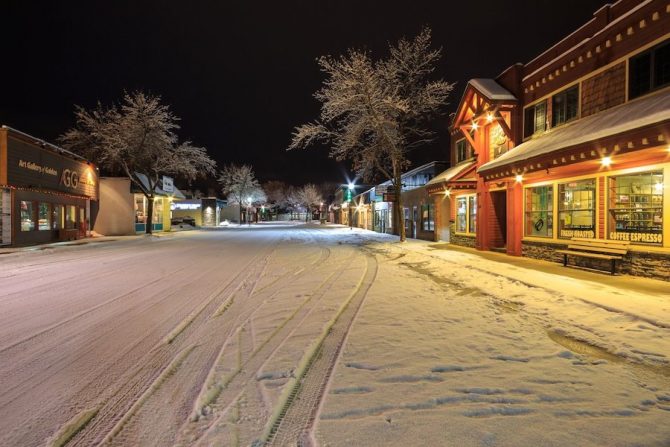 Local (uncrowded) eats. Just how we like it. Photo: Visit Golden

The first thing you might notice when you cruise through Golden is a lack of franchises. Most of the shops, restaurants, and bars here are locally owned – even more reason to love this small town. In the era of big-box everything, it’s refreshing to see that the locals help retain the small-town charm while still offering some world-class options for visitors. I had a meal at Eleven22 that could have been straight out of Manhattan. Situated in a heritage house that’s over 100 years old, I got the feeling that I was at some aristocratic dinner party that pulled out all the stops. And that’s just one spot of dozens in the downtown core, run by enthusiastic people you might have seen earlier in the day shredding some of the steepest inbounds terrain in North America. The people here are dedicated to living the dream, and sharing that dream with you to sustain a living in a town far from any major metro area. Golden is at the junction of Highways 1 and 95, with the famed Rogers Pass sitting between Golden and Revelstoke – heaven for backcountry aficionados.

This location also plays into its summertime allure. Aside from the intersection of major thoroughfares, Golden also sits at the junction of two beautiful drainages: the Kicking Horse and the Columbia. Fly-fishing is all time, with some of the most high-end whitewater kayaking in the region. And I haven’t even gotten to the mountain biking, which, thanks to the help of Kicking Horse Resort, has become a serious attraction in the region. 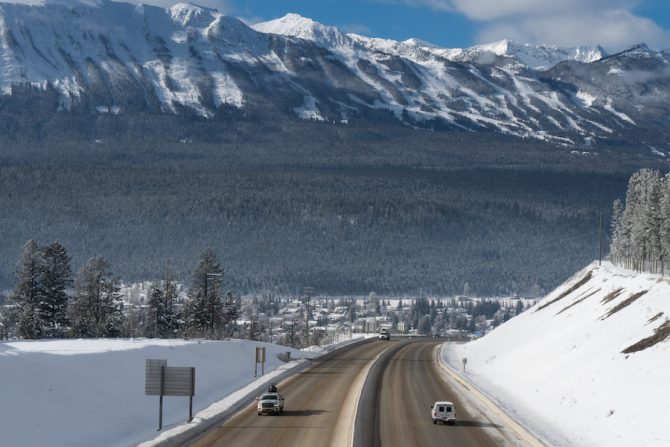 The future of Golden seems bright. As more terrain at Kicking Horse continues to be added to the boundary lines, even the locals will have years of constant challenge through the seemingly endless expanse that is the Dogtooth Range. Soon the Kicking Horse Pass Highway through the Rockies will get a much-needed overhaul, making the distance from Calgary airport shorter, yet still far enough to keep most of the masses settled into the tourist Meccas of Banff and Lake Louise. Golden will remain a spot for those who truly seek it out,  just enough off the radar of the mega-resorts to where the risk of getting swallowed up is much smaller than other places on the continent. Still, even if that happens, Golden will never be Whistler or Park City, or even Revelstoke. It’s its own thing. And that’s what makes it great.