“If I Had a Death Wish, I’d be Dead”; Jeb Corliss Believes Risk Pushes the Human Race Forward

Editor’s Note: We recently had the privilege of meeting many of the cast and crew involved in the upcoming film Point Break. We struck up quite a few interesting conversations with athletes involved in the production of the film, but none were as intriguing, and frankly challenging, as this one with wing suit pilot, Jeb Corliss. Below is an abridged edit from our interview that reveals insight into the mind of a man who take risks others might never consider. Enjoy. 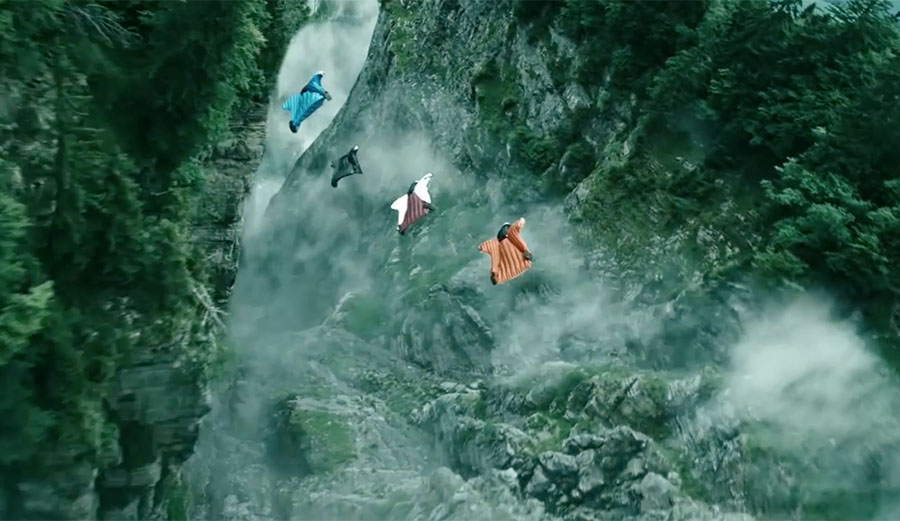 “A long time ago, some of those squirrels were thinking, ‘Who do these flying squirrels think they are?'”

I think the first Point Break movie was kind of the beginning of the modern action sports movement. The first Point Break came out in 1990. The X-Games came out in 1994. So an entire generation of people were inspired by the first Point Break film. If you talk to our age group, I’d say the majority of people would talk about that film as being their inspiration. So for me, it’s a great opportunity to be part of something that could be the inspiration for the next wave of what’s coming. If you see the difference between surfing Malibu and skydiving in Lake Powell, which is pretty basic stuff compared to what’s going on now, it will be really amazing to see what’s going on in the next 15 years. So to be part of something that could potentially inspire an entire generation of human beings to push the boundaries of what we can actually do is actually a beautiful thing.

I have three major sponsors who help me do what I do, and not one of them have ever asked me to do anything. They don’t ask me to do anything. Zero. Actually, if anything, they are pulling us back. They are like, “If you want to go live your dream and do what you love and live your passions, we’ll support you in any way that we can. Please just be safe and take care of yourself.” Even if I’m in the middle of a massive, mega live show that they’ve poured millions of dollars to be broadcast around the world, the first thing they say is, “Your safety is our number one top priority. If you think that this is unsafe and you’re going to get hurt, don’t do it. We’ve already gotten the publicity we need. We don’t care.”

So for me it was a really interesting eye-opening experience to actually work with sponsors, because I’ve never been pressured by a sponsor ever. I’ve never ever been pressured by a production. The only time I’ve been pressured was when I worked with the military. They pressured me. That’s it. Aside from working with the military, everyone else has been super chill. If you think this is dangerous, don’t do it. I love my sponsors. All they do is help my dreams come true. I respect companies that have the balls to do that. That stand behind their athletes and say hey we’re here to make your dreams come true, and by making your dreams come true, you’re making everyone else’s come true too.

In the end, everyone has to make those decisions for themselves. As far as I’m concerned, I can’t make those judgment calls. I got called in to do a massive stunt off of a marine base in Singapore.

I had a meeting with the CEO, and he asked, “What do we do if one of you dies?” My response was, hey man, every single airshow that ever happened everywhere in the world has to ask themselves that exact same question. I can’t answer that for you. That’s something for you to decide.

I can tell you that our record is that no one has died. Everyone has been safe in every project we’ve ever done and everyone has come home successfully . But I can’t tell you that I won’t get hit by a car coming here tomorrow. There is risk in everything that you do, and you have decide if it’s the risk is worth the reward. Now, Formula one is exciting because there is risk involved. We could obviously have a chess match, and it would not be very risky and no one would watch, because who gives a shit? But if you want something more exciting you’re going to have to take on more risk. And that’s up to you to decide how much risk you’re willing to take, because I already know what I’m willing to do.

And as far as I’m concerned, I already know I’m going to be successful. As bad as it would be for you if something happened to me, it’s way worse for me. So as concerned as you are, I’m WAYYYY more concerned. So you don’t have to worry about that. And it’s always funny to hear this thing like death wish, death wish, death wish.

And that’s why it’s always interesting when people say that kinda stuff: “You have a death wish.” Obviously, that’s something else going on. You see it that way because you can’t see the bigger picture or you’re not inside their head. I never try to get into someone’s head understanding why they do the things they do. I can pretty much guarantee you it’s something bigger than that, because if they wanted to be dead, they would be.

It’s kind of like with flying squirrels. A long time ago, some of those squirrels were thinking, “Who do these flying squirrels think they are?” Imagine these squirrels are jumping out of trees and splattering themselves onto the ground. And they’re saying, “What are you doing? Why would you even do something like that?” They’re the ones who made them evolve.

Now squirrels can fly. And guess what, that’s where we are now.

We’re at that stage. We’re the crazies that everyone’s looking at and saying, “Humans aren’t meant to fly.” And, yeah. But we’re getting there. And every year, the technology is getting further along. What’s great about human beings as opposed to a flying squirrel is that we evolve though technology. So we can evolve much more rapidly. What takes a flying squirrel a million years to get takes us a few decades, and that’s what’s spectactular. And that’s why I don’t ever like when people use the word or term adrenaline junkie – or try to pigeon hole us into some kind of drug user, because it’s not about an emotion or a feeling, it’s so much bigger than that. It’s about pushing the boundaries of what human beings can do. It’s about evolving.” 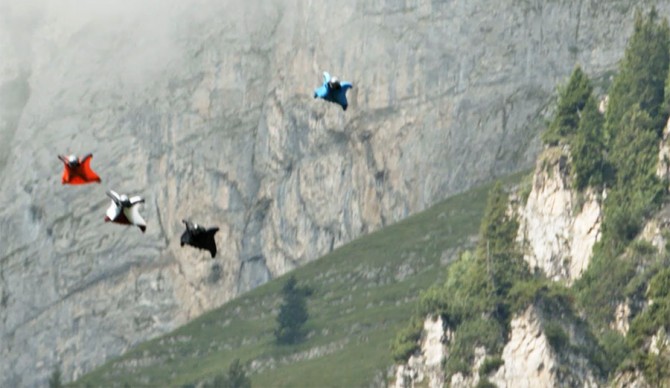 “And as far as I’m concerned, I already know I’m going to be successful.”