Indian Couple Accused of Photoshopping Their Way to Everest’s Summit

An Indian couple–both of whom are police officers in the city of Pune–are currently under investigation for allegedly photoshopping images of themselves on the summit of Mt. Everest. They’ve claimed to be the first ever couple to summit Everest together, drawing the attention of thousands of people (and semi-celebrity status) in India. They certainly got the attention of veteran climber Satyarup Siddhanta – the owner of the photographs in which they allegedly pasted their faces over.

On his Facebook, Siddhanta wrote, “This is so so so amazing!!!!!!!! They took my pics and photoshopped their image of summit… And got certificates too… Where is mountaineering going????? For your reference … I am uploading the pics that they stole and the report… Have a look. Shame on you officers from Pune!”

These are the photos being compared. The top image is of Siddhanta, the bottom image is being questioned for photoshop. Pretty similar, but there are some aspects that make the images stand apart. what do you think? 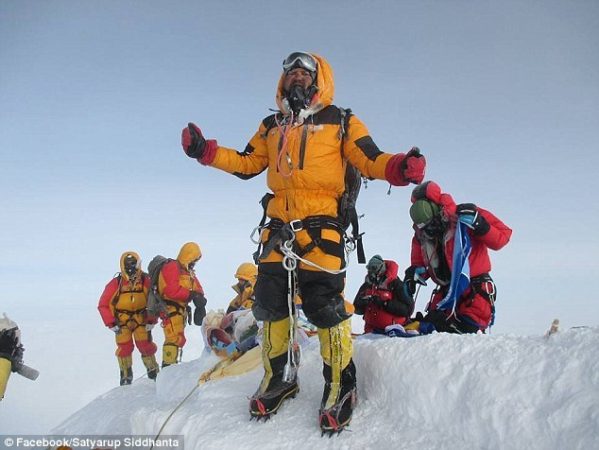 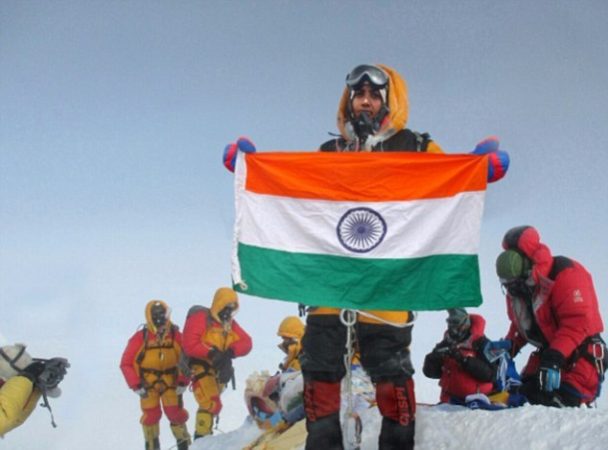 The couple also used this photograph to prove their accomplishment, which can also be found on Siddhanta’s Facebook page. It’s strange that they are wearing the same clothing that Siddhanta wore in the last image. Hmm, suspicious… Whoa, whoa, whoa, let’s not jump to conclusions! These allegations haven’t yet been proven! 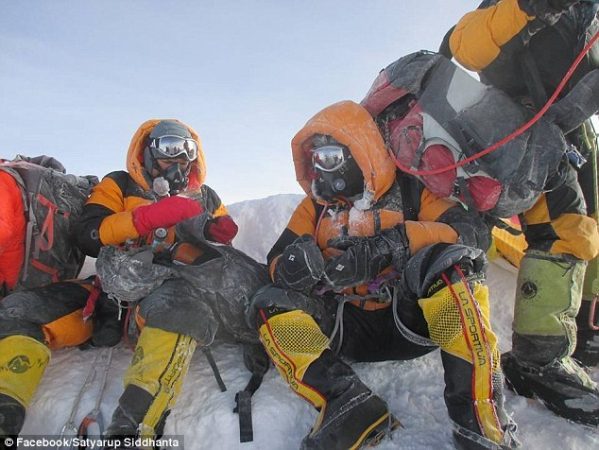 The Rathod couple held a press conference to announce they’d summited Everest, and Makalu Adventure vouched for them. It was a big deal in the Indian media. They say that their sherpas guided them to the summit, and they also vouch that Nepalese authorities gave the two their climbing certificates.

Meanwhile, members of the climbing community are coming out of the woodwork to prove that these two are imposters. According to the Daily Mail, six-time Everest veteran, Gavin Bate, said this about the photograph below. “You’re too knackered, it’s too windy and it’s too cold. I’ve been up six times and it’s inconceivable that you’d take a second pair of summit boots and a second down jacket.” 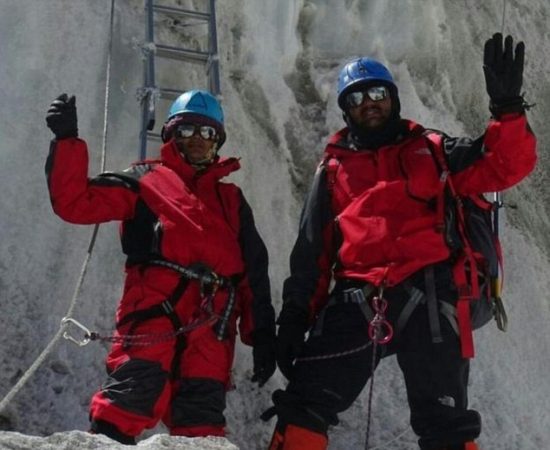 Siddhanta admitted that he does not know if the duo actually climbed Everest or not, but he believes that the photographs they are using, as evidence, are extremely deceitful. A police investigation is currently underway, so only time will tell what exactly this mountaineering “power couple” has actually accomplished.