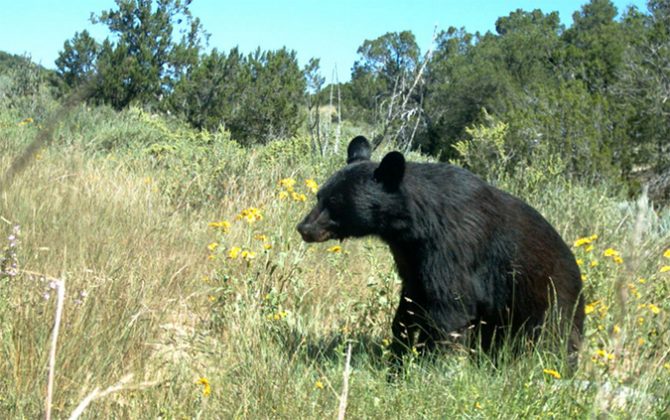 Photo: US Fish and Wildlife Service

Adding to a string of recent wildlife attacks, a woman running a marathon was attacked by a bear in Valles Caldera National Preserve, in New Mexico this weekend. The black bear sow confronted the runner after the runner startled the bear and her cub during a race Saturday afternoon.

The woman suffered bites and scratches to the head, neck, and upper body – none of which were life-threatening. Other runners and joggers came to the injured woman’s aid until emergency services arrived. She was airlifted to a hospital in Albuquerque, where her wounds were treated.

The sow was deemed a risk to the national preserve and its visitors. Game and Fish, along with National Park Service officials are warning people to stay away from the area and officials have euthanized the bear. They’re still looking for her three cubs which will be taken to a nearby wildlife center.

The run of wild animal attacks lately has been rather epic: a two-year-old boy was dragged into the water and drowned after an alligator grabbed its leg at Disney World, Florida, then in Aspen, a mother freed its child from the jaws of a mountain lion over the weekend. Proof we aren’t at the top of the food chain. Unfortunately, these animal attacks often end in the animal’s undoing. Or more than one animal’s undoing: two separate lions were killed after the Colorado attack while five alligators were destroyed in Florida.