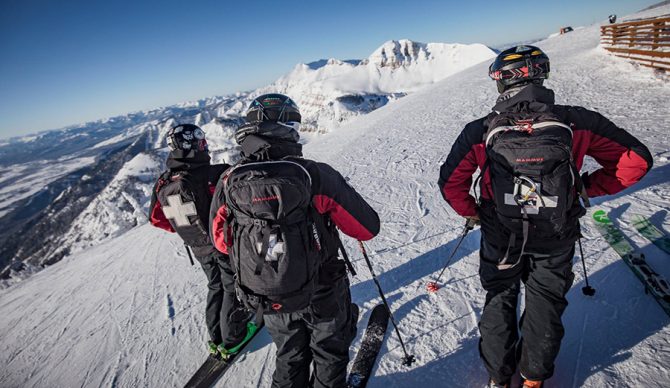 Jackson Hole Mountain Resort is one of the most demanding patrol jobs in North America. And its members have produced some gifted children. Photo: JHMR

What makes a great athlete? It’s a question asked by psychologists and over-eager parents alike, yet the answer often escapes us. There are common traits if you peruse the research: reaching the apex of one’s sport requires a mix of hard work, genetic luck, and being in the right place at the right time.

In resort towns across North America, the majority of kids have the opportunity for such immersion with parents that are typically dedicated ski bums themselves, intertwining their children’s lives with the outdoors. At the apex of such a connection with the mountains are those who risk their lives to make sure others have access — the ski patrol.

Revered as heroes in any ski town, their work requires grit, a keen mountain sense, and the physical and mental toughness to risk their lives in the name of running a resort.  If you’re lucky enough to be the spawn of one of these heroes, you’re halfway to being an expert coming out of the womb.

The toughness and skill it takes to be a Jackson Hole patroller is legendary (the mountain boasts some of the most extreme inbounds terrain in North America).  So no surprise that the children of the Jackson Hole Ski Patrol have become some of the most influential snowboarders and skiers in the world and there’s no better example of that than Travis Rice. 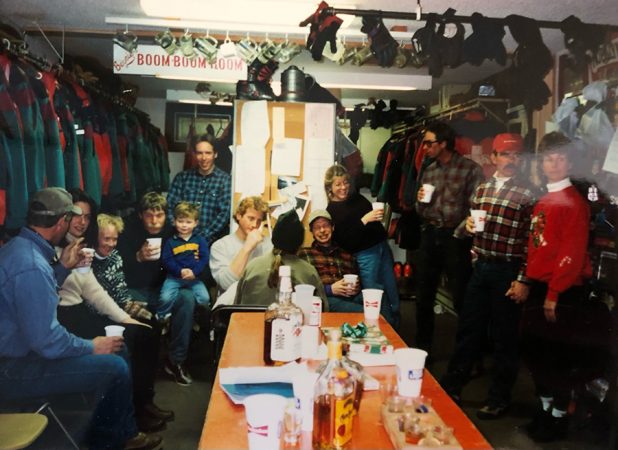 Arguably one of the greatest snowboarders to ever strap a board on, the Teton County-raised Rice was one of the lucky ones — Rice’s father worked on the JHMR patrol for over forty years. Like other’s at the top of their sports, Rice grew up with the familiarity of working with a team in dangerous environments that few others get to experience.

“I think what it gave me was an inherent comfort in the mountains,” says Rice. “Living, and being in the mountains with a team of people that work together to achieve what they needed to do — in service of the general public. I think there is some of that component that subtlety found its way into how I’ve run my crews.”

While Rice has obviously taken a different career path, the teamwork skills stuck, and it shows with his multiple award-winning films. Rice is known for doing much of the heavy-lifting during production including safety work.

Rice might be the most familiar face but he’s not the only pro with lineage to the JHMR patrol team. Forrest Jillson, a long-time Jackson local and consistent stand out in Warren Miller’s annual films, is deeply rooted in his childhood experiences while having a father on patrol.

“Looking back at what I had at my fingertips and what I was able to do on my weekends and every day in the winter are some of the best memories I could possibly come up with,” Jillson said.

What exactly do the lucky few have at their fingertips? Early uploads on Jackson’s famed Aerial Tram, tag-alongs on morning avalanche controls, and hanging out at the patrollers’ cabin until the final sweeps were complete – and sometimes longer to hear tales of the harrowing rescues, close calls, and more from the day. 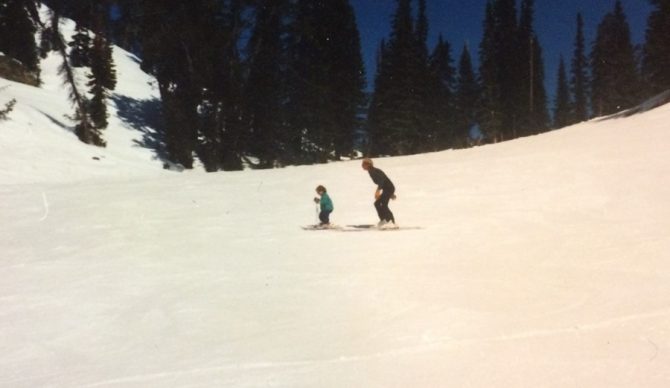 “Just to be able to have access to a mountain like we do here in Jackson definitely gave me a lot of leverage to get where I am now. But being around my dad was definitely a huge influence too,” says Cam Fitzpatrick, another professional snowboarder with a father on JHMR ski patrol.

For Jillson, it was the winter of 1997-1998, one of the biggest in recent memory for long-time Jackson locals, when he really started to settle into what would eventually be a professional ski career — he was ten years old. Finally tall enough to handle the deep snow and tag along with his dad, he was hooked. At the time, his family lived on the other side of Teton Pass from the resort, meaning there were plenty of days it was shut and Jillson was stuck at work with his dad —which meant even more impromptu “take your kid to work days”.

“I could probably spend hours trying to paint a picture, but it was pretty rugged. There was a lot of cowboy stuff going on literally and figuratively,” says Jillson. “The way they came to the mountain and what they had to do as far as rescue work and operating safely, it was insane to see. It was like being search and rescue, lifeguard, Coast Guard, EMT, and bomb specialists combined. All those guys have to do it all.”

Fitzpatrick, whose life is uniquely intertwined with Travis Rice’s (their dads were best friends working on ski patrol together and Cam got his first pair of ski’s from Rice before they both switched), is even named after a ski patroller — his father’s good friend Tommy Raymer, who passed away in an avalanche.

If his name wasn’t enough of a reminder to be safe in the mountains, the elder Fitzpatrick even used his son as an avalanche dummy, burying him in the snow to help the rescue dogs practice search skills — a surefire way to help any kid understand avalanche danger.

Form his mentors to his idols, Cam’s life has long been consumed by his father’s work — and in recent years things came full circle for the young rider when he was invited by Rice to film for The Fourth Phase, Rice’s most recent full-length film.

Along with the triumphs of ski patrolling — the early uploads, the hero status — there’s the less glamorous side that Jillson, Fitzpatrick, and Rice have all seen.

“I think through seeing what those guys had to do to control the mountain and then also inevitably hearing a bunch of the horror stories,” said Rice. “My dad lost a couple really good friends, especially one where he was he was right there, feet away from the pressure of an avalanche. For me, that nailed in a bit of a reality for what the risks are.”

For Fitzpatrick, his dad’s work as a dispatcher — where every accident on the mountain is communicated — takes a toll: “I’ve seen it through my dad and just what he’s gone through, especially being dispatcher lately – he hears all the bad news. I think it’s kind of daunting on him.”

One of the most dangerous ski resorts in the country due to its massive terrain and expansive backcountry access, the things that can — and do — go wrong are innumerable. For that reason, Jillson has shied away from joining the ranks — no matter how much respect he has for those doing the job. “Honestly, watching my dad go through injuries didn’t really inspire me to jump on the patrol right away,” he says.

Jillson’s father, known as ‘Turbo” by his colleagues for his relentless work ethic, suffered countless injuries including a broken back and neck from an ATV incident on the job, and breaking all of his orbital cheekbones after he took a winch cable to the face — an incident that could have easily taken his life.

Perhaps these realities — the mental and physical toll — is what kept all of them away from the grunt work and focused on the best part of the job: powder. Jillson, Fitzpatrick, and Rice all have one thing in common — they specialize in backcountry riding, and that’s no doubt owed at least in part to their long-standing relationship with deep snow, mountain safety, and a natural ability to move in the mountains, bestowed upon them in large part by their fathers.

Nowadays, there’s a new age of groms being raised by ski patrollers and although they may not end up working as professional skiers and riders, ski patrol director Drew Kneeland can see the path they’re going down when it comes to a masterful approach to the mountains.

“It’s the love of the sport which is passed down from one generation to the next. The apple doesn’t fall far from the tree,” says Kneeland.

More than anything, it’s apparent that the deep connection to the mountains passed down is what fosters a breadth of knowledge that riders like Rice, Fitzpatrick, Jillson, and others need to stay safe in the mountains and make a career out of pushing it to the absolute limit, where all too often things can go wrong, no matter how prepared you are.  That ability to balance risk and caution, and execute complex trips into the backcountry is clearly owed to the diverse skillset ingrained in these skiers and riders – the children of Jackson Hole’s esteemed patrol team that guards one of North America’s most complex resorts.