A ban on mountain biking along sections of the American River in Sacramento, Calif. may be lifted in an attempt to push out homeless camps and drug use. Mountain bikers are coming to the rescue for the city. The plan to allow biking on the river will be voted on later in the summer by a county commission. The underlying theory here being that increasing a presence of legal activity will deter illegal exploits in the area.

If the plan is approved, then mountain biking on non-paved single track that’s relatively high in quality considering it’s so close to the city, will be allowed in the Cal Expo and Woodlake area, on the trails of the American River Parkway. The ban on biking will be lifted for a three-year pilot period, allowing the county to see the results of allowing bicyclists into the area. 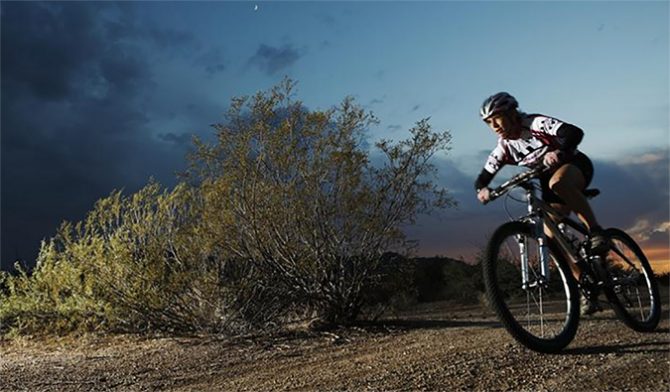 County officials and bikers alike expect a noticeable impact. Bob Horowitz is a Sacramento mountain biker who has been attempting to get the ban lifted for the past 14 years. Horowitz thinks that allowing biking may be the cure for the “blight” along the river. He told CBS Sacramento that the area is neglected and even a little creepy. “This part of the parkway does not suffer from too many legitimate users, it suffers from too few – and it suffers greatly because of that.”

It sounds as if the emptiness has allowed the negative parts of society to creep into the quiet corners of this urban trail system. Bringing users–in this case, mountain bikers–back into the area has city officials hoping the positive energy of those that like to feed the rat in a positive way rubs off. It’s a good first step and makes one wonder why they were banned in the first place.

“We need to bring law-abiding citizens out here and change the dynamic,” Horowitz said.