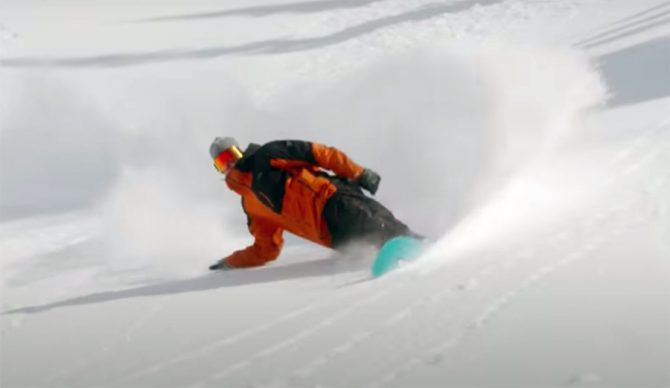 It seems winter has arrived with a vengeance in the West. A string of storms is predicted to dump three to four feet of snow today and tomorrow. From the gurus at Powderchasers:

“The Cascades of Washington and Oregon will do well Sunday (9-15) with the Sierra getting slammed Monday/Tuesday (3-4 feet). Powderchasers has very high confidence of 3-4 feet for the Sierra Crest with perhaps higher amounts in some isolated locations. Roads will be impassable in some cases and if you don’t have your snow tires on yet, do it now! That moisture moves east and gets pushed north into Idaho, Wyoming, Montana, Utah, and eventually Colorado later next week. Ski resorts will likely have early openings after this event. This has been a great start for many ski areas in the West and it’s about to get a lot better.

It sounds as though the entire Western U.S. will be pummeled by storms this week with Central Idaho, the Tetons, and the Wasatch set to get plenty of early moisture. Speaking of moisture, Southern California is getting its biggest storm of the season with showers expected to continue through today on the coast with snow in the high country. One to three inches of rain is expected in the lower elevations.

A quick look at resort reports has Mammoth with 15-20 inches of new snow over the last 48 hours and snowing, Palisades Tahoe with eight inches and snowing, and Mt. Bachelor with 12 inches in a 72-hour reporting period as the storm continues in the Cascades.