What Are Snowboard Brands Actually Doing to Fight Climate Change? 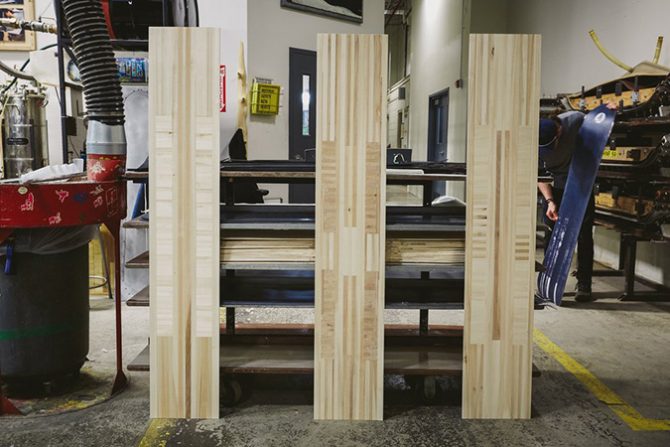 Navigate to the home page of the Snowsports Industries America website and between “About” and “News” you’ll see a curious word: “Climate.” Clicking the word takes you to another page. That one expounds on the economic significance of winter recreation (with annual revenue of $72 billion) and the existential threat of climate change to the industry.

“From manufacturers and suppliers to local retailers and resorts, snow is our livelihood,” the page reads. “As an industry that depends entirely on consistent snowfall, we won’t sit idle. This is our opportunity – our focus is to leverage the economic influence of the snow sports industry to drive the clean energy economy, and our businesses forward.”

SIA doesn’t speak for every brand involved in producing gear and equipment for winter recreation – they’re capable of speaking for themselves. Still, that the membership organization for American snowsports brands and resorts would feature language about climate change so prominently on its website is a telling truth about the industry: by and large companies that traffic in ways to recreate in the snow understand that if the planet continues to warm and snowpack and accumulation levels decline, they’re in serious trouble.

The logical question that follows is what are some of the industry leaders and even smaller manufacturers doing in light of this fact? How are they reducing their own impact first and foremost? For this story, we chose to focus squarely on three U.S.-based snowboard manufacturers. But, we would be remiss if we didn’t mention there are a number of other brands in snowboarding (and in other snowsports for that matter) that are also doing their part to produce equipment more sustainably. And many resorts are doing what they can to reduce their carbon footprint, too.

The snowboard industry alone accounts for some $400 million in revenue annually. Of that, Burton lays claim to close to half the market share. At that size, there are serious challenges, but also big opportunities. As they say, the bigger the ship, the harder to turn. By the same token, though, Burton wields tremendous influence.

In 2012, Burton’s Vice President of Global Strategy and Insights, Ali Kenney, was tapped to build out the company’s Global Sustainability Department from scratch. And in 2017, Burton launched its 2020 Sustainability Goals, a list of incredibly ambitious objectives – some of the boldest and furthest reaching in the industry – to reach more sustainable production prioritizing fair and equitable labor by 2020.

Among the stated aims, by 2020 all Burton softgoods will use 100 percent bluesign-approved materials, all Burton factories will meet Fair Labor Association standards, and carbon emissions for hard goods will be reduced by 20 percent.

These goals are also in addition to recent achievements including the fact that all Burton snowboards are now made with bio-based resins and Forest Stewardship Council-certified cores.

According to Kinney, efforts are still underway to improve sustainability from the production side, but one of the biggest challenges is what to do with a snowboard that’s reached the end of its life cycle. “[Establishing] an end-of-life program at retail,” is one of Burton’s key 2020 Sustainability Goals.

Another challenge is educating consumers. When I asked Kinney about whether Burton’s Sustainability Goals were consumer motivated or brand motivated, she explained that Burton has the luxury of being privately held, and the move was largely a step in good faith. “Our hope is that consumers begin to turn to products that might have a higher price tag but are produced more sustainably,” she said.

For snowboard manufacturers like Lib Technologies, a subsidiary of Mervin Manufacturing that also owns Gnu Snowboards, a longtime commitment to sustainability as a selling point has only recently begun to bear fruit.

“In the late ’80s and ’90s we promoted our environmental board building practices, but no one really cared and we had people tell us we were wasting our time pushing an agenda that didn’t matter,” Lib co-founder Pete Saari explained to me.

For Saari and his business partner Mike Olson, an early commitment to easier-on-the-environment production often came with the added benefit of making financial sense for their lean operation. “One of the interesting things that we found sourcing for ourselves over the years is often the more environmentally-friendly material options and processes were also less expensive and more efficient,” said Saari.

For the last decade, Lib Tech’s had one of snowboarding’s biggest names, known for his blockbuster films and captivating big mountain lines, on its roster: Travis Rice. Continuing to push the envelope as he does, Travis’ riding has certainly assuaged any concerns that more sustainable snowboards might lack in the performance department.

To get more granular, Lib Tech currently employs a host of production techniques to minimize volatile organic compound (VOC) emissions including recycling sawdust into soil, depending largely on renewables to power their factory, and using a water-based sublimation graphic system for their top sheets. All driven by their environmental ethos that’s been a part of their DNA from the beginning.

It’s virtually impossible to talk about corporate social/environmental responsibility in the snowboard industry without including Jones Snowboards. Founded in 2009 by renowned big mountain rider and environmental activist in his own right, the inimitable Jeremy Jones, Jones Snowboards seeks to embody the values of its founder in every product the company produces. 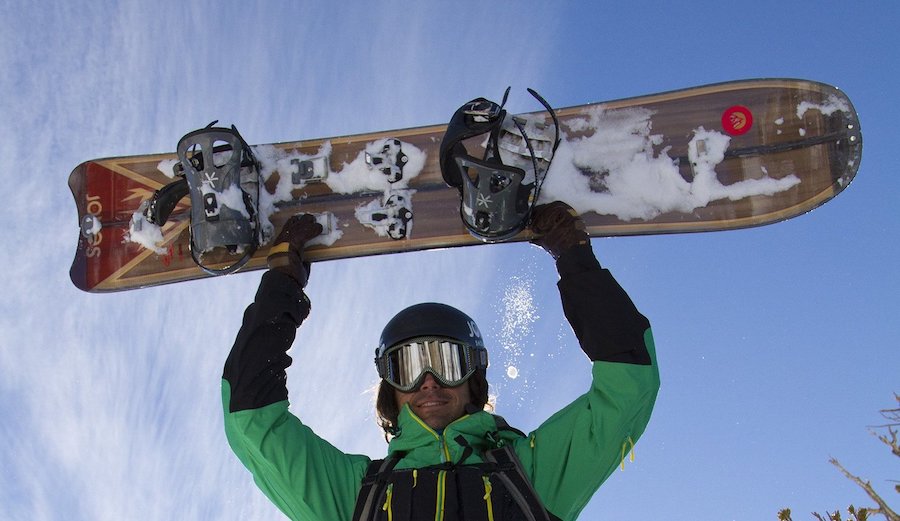 “Jones is committed to being an outdoor industry leader in the fight against climate change,” the company’s website reads. “Building snowboards will always have an environmental footprint so we strive to minimize this footprint whenever possible by developing new eco-tech and supporting organizations that fight against climate change on the front lines. We take these efforts seriously because we care about how our actions will affect the environment for future generations.”

That ambition is certainly bold, but what does that look like in practice?

According to Seth Lightcap, Global Marketing and Team Manager at Jones, the company has long sought to pioneer cleaner processes and materials – some are played close to the vest and others are widely available.

A process exclusive to Jones is a construction technique that drastically reduces the amount of epoxy used, called Ultra Construction.

Jones is also incredibly transparent about its supply chain – from raw wood cores that originate in Slovenia to Jones’ snowboard factory partner, SWS, located in Dubai, all of Jones’ suppliers and producers are visible on a map on their website.

Lightcap explained that SWS intends to run entirely on solar by 2020.

Lib Tech, Burton, and Jones are just three brands in an increasingly crowded industry, but each expressed hope that continuing down a path of greater sustainability individually could continue to produce industry-wide change.

“We’re hopeful our journey will bring more and more brands along with us toward more responsible product,” said Kinney.

While Lib Tech claims they’ve been able to reduce costs by finding more eco-friendly alternatives, many brands still find that a major obstacle.

“Two of the major challenges in producing sustainable snowboards are price and availability of high-performance eco materials,” said Lightcap. “The most sustainable materials are also typically the most expensive materials so it’s very difficult to produce a moderately-priced, sustainably-manufactured board.”

Despite those challenges, brands like Burton, Lib Tech, and Jones have taken a leap of faith, hoping consumers are willing to pay more for equipment that is gentler on the environment in which it’s designed to play. The question remains: will they?

Editor’s Note: In the snowboarding world there are countless innovators making positive impacts in environmental manufacturing and while we focused on just three here, we’ll continue to shed light on others doing good green work. If you’d like to be featured in a future eco spotlight please send us an email. You can reach the author at dylan@theinertia.com