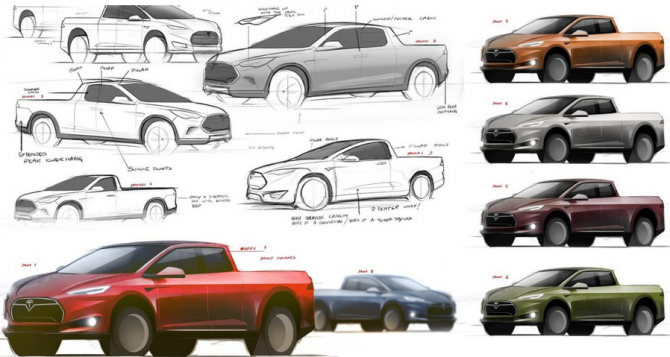 Whether your adventure vehicle is a van, truck, or sedan, we can all agree that the more miles-per-gallon we get, the better. It makes things a little easier on our wallet as well as on our planet. But what if we could spend our next big road trip in a high-performance, adventure-ready truck that doesn’t use fuel at all? No fuel, lower travel costs, and no harmful emissions. Now that would be incredible. New developments by Tesla just might make that a reality. According to tweets from founder Elon Musk, an electric pickup truck will be coming our way within the next few years.

Outfitting your ride for your adventures is pretty fun. At least for me. I take quite a bit of pleasure in setting my car up with the perfect roof-rack configuration, equipping it with all the recovery gear I may need, or buying a new set of snow tires. It’s hard to beat the satisfaction of hitting the road with confidence, whether you’re headed up the mountain or down Highway 1. For me, it’s all just one more element of pursuing my hobbies. Which is exactly why Tesla’s new pickup truck is so exciting.

It’s speculated that this truck will likely be capable of hauling plenty of equipment, plenty of passengers, and may also have four-wheel-drive capabilities. There’s no question that such a vehicle would be next level for folks who love nothing more than searching for adventure where it isn’t easy to find.

Straight talk: this project is likely far from completion. But Musk gave the world a hint of his next big creation after receiving a tweet from the Vancouver Seed Bank, asking for Tesla to build an electric pickup truck. Musk replied by admitting that he has been hoping to build one for quite some time. He even went as far as promising the truck’s creation following the Model Y, Tesla’s SUV crossover that is planned to launch in 2019.

According to a report by TechSpot, Musk says that the Tesla pickup truck will be similar in size to the Ford F-150, or slightly larger in order to account for an unknown, “game-changing feature” the truck will supposedly boast. It’s expected to be unveiled between 2019 and 2021, but there’s really no hard evidence to that claim.

Naturally, there are tons of rumors floating around the internet. This photo album by MSN is a great example of how Tesla fans and enthusiasts are letting their imaginations rip. Regardless, for my Tesla truck, I’m thinking about throwing some off-road tires on it, along with a safari rack, and a truck camping setup in the bed. Hey, you can always dream, right?