The X Games is All About Raising the Bar, Going Big…and Wedding Proposals

Love was in the Aspen air…

Aside from the serious action on the slopes, there was some serious questions being asked. Namely, “Will you marry me?” Jonathan Cheever popped the big ask to Maria Ramberger Wednesday morning. Cheever, the 2011 U.S. Snowboard X champion, picked the Winter X Games as his proposal spot. And in such a sick setting, how could she say no? Ramberger scored a pretty well-rounded dude, too: he’s a plumber by trade and rips in both pipe and slope. 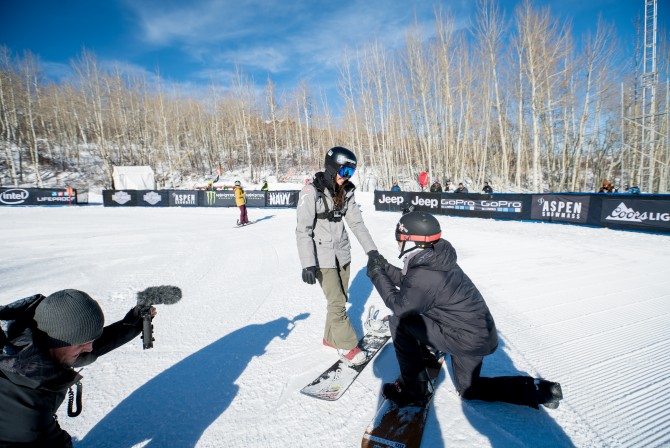 And Ramberger ain’t bad herself: she’s an accomplished racer who repped Austria in SBX at the 2010 Olympics in Vancouver and Sochi in 2014. Be kind of cruel irony if their kids ended up being skiers. Kidding. 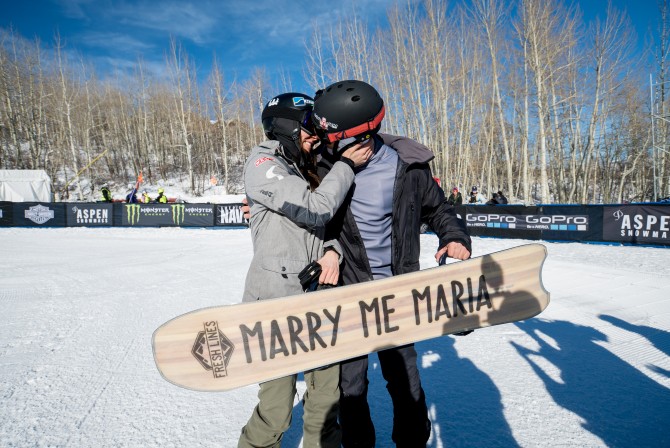 Congrats nonetheless. The honeymoon is sure to involve shredding of some sort.