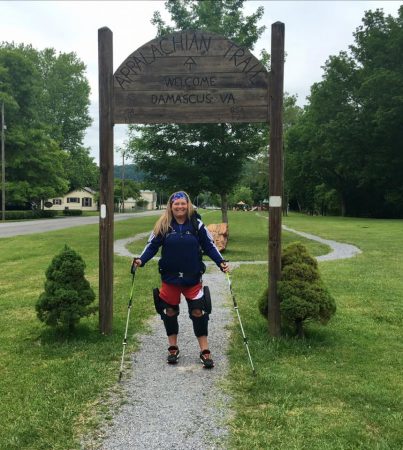 Completing the Appalachian trail is tough enough for a healthy, physically-able hiker. Try doing the whole thing, Georgia to Maine, while paralyzed from the waist down. Though it seems almost impossible, 41-year-old Stacey Kozel, of Ohio, is taking on this 2,190 mile hike completely alone.

After Lupus, a chronic inflammatory disease, had affected her central nervous system, Kozel was left paralyzed from the waist down. It even had some serious affects on her lungs, due to how high it struck in her spinal cord. She became paralyzed in March of 2014, and two years later, March of this year, she began her Appalachian journey.

But here’s the thing – she is actually hiking it. No wheel chair or motorized devices. To complete this journey, she is using a high-tech leg brace manufactured by Ottobock. It’s called a C-brace, and it was created to help paraplegic people regain their ability to walk. The brace functions based on sensors in the sole of her shoes, along with a computer that controls the tension on the brace on her knees. Kozel has zero feeling or movement in her legs, and basically relies on these sensors to allow her legs to move as they should – they do not assist her in any way. 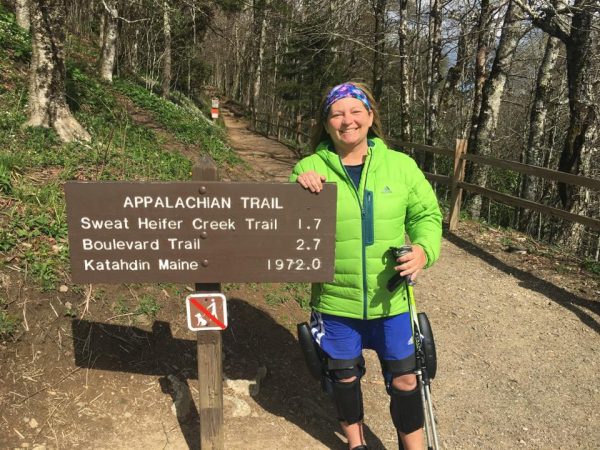 Kozel recalls being in the hospital, practically dying to get outside and spend some much needed time in the great outdoors. She even began plotting the details of her trip. What better medicine is there? “I’ll never forget those days,” Kozel told CBS. “I’ll never forget looking out my hospital room. All of the days I’ve been there. I spent a lot of time in there wanting to get outdoors.”

Currently on the Virginia stretch of the trail, Kozel continues to prove she can hike with the best of them, even without full use of her legs. Though she had been planning her trip since long before she became paralyzed, she is now also using it as a platform to spread a message: “My goal is to bring awareness to these braces and hopefully get more people out of wheelchairs and out exploring the world. When insurance companies deny people due to (the rationalization that) ‘it is not necessary,’ I hope my story will prove the opposite. I hope to see everyone out there on the trail!” she wrote on her Facebook page.

Kozel’s Appalachian trail adventure can be followed on her social feeds, as well as on her website. There’s no doubt that she’s proving the great outdoors possess in them the great healing power everyone needs in their lives. A t-shirt Kozel is fond of wearing aptly states:”Living. It’s the only thing worth dying for.” Amen sister.