Want to Surf the Wave in Bend (or Any River Wave)? This is What You Need to Know 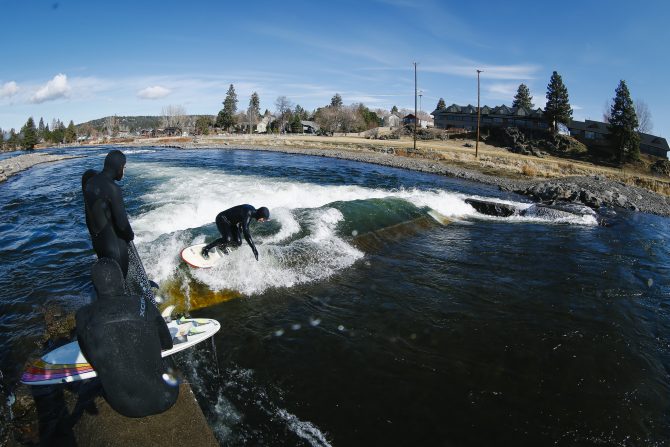 There has been a surge in the popularity of river surfing over the last few years thanks to the ongoing development of whitewater parks and river-surf waves. Several communities such as Boise, Missoula, (and soon Seattle) have built waves in recent years for landlocked surfers to get their fix.

One of the leaders in the trend, though, was Bend, Oregon. There’s no doubt why this wave has gained in popularity—pro surfers even regularly hit the novelty wave for something different (and to enjoy time in the mountains).

If you want to follow in the steps of legends like Gerry Lopez and the Gadauskaus brothers, here’s what you need to know before you go:

It takes a few days to dial this thing in. Don’t plan on showing up and blowing up in Bend. Shredding the green face of this wave is incredibly hard and feels nothing like surfing on the ocean. I have surfed several other river waves in North America and when I showed up to Bend, it took me three days to figure it out. After that, it was on, but day one was a total struggle. I’d recommend you make your travel plans for at least four days if you actually want to enjoy the wave. 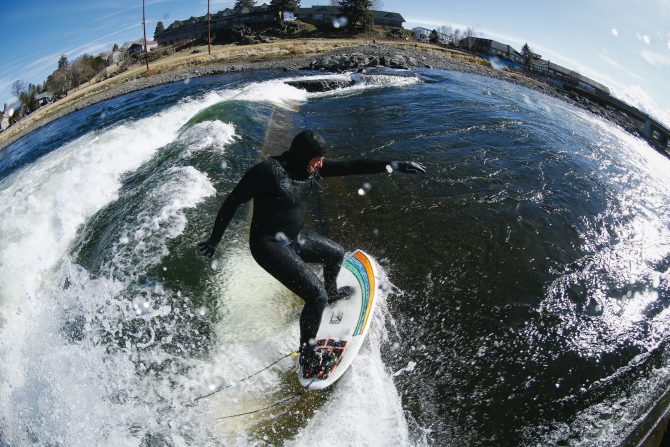 You can surf pretty much every day. The wave and flow are both controlled, which means there are pretty much 365 surf days per year. Every now and then they shut down the park for maintenance and such, but for the most part, every day is a go. Locals told me it can get super crowded in the summer, with 30 to 60 minute waits between surfs. The winter offers much shorter lineups, but the tradeoff is you’ll need at least a 4-5 mL wetsuit (at the least, it’s cold), booties and gloves.

Don’t bring your high-performance board. This place, and river waves in general, are all about grovely shapes you’d use to catch smaller waves in the ocean (Puddle Jumpers and Average Joes are popular crossover models). In fact, many locals are actually surfing foamies. The wave is shallow and destroys boards (making epoxy popular). I saw a nose get broken off, and several fins and fin boxes get torn out. The folks riding foamies were the ones having the most fun and still shredding hard. 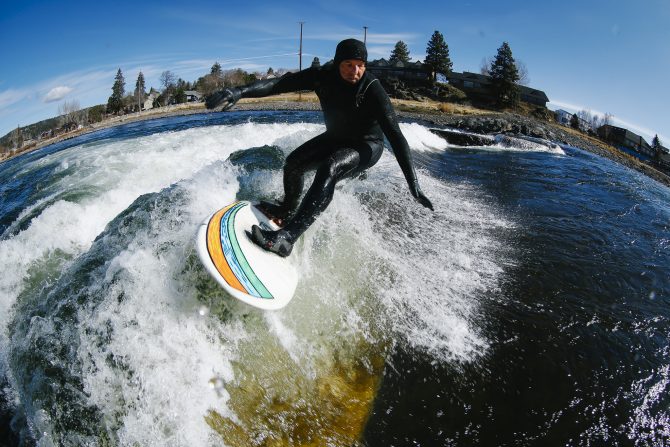 Keep it short. The face of the wave is small, and you don’t need length to catch the wave or make speed. Most people were on five-foot boards or smaller. Think width and thickness with plenty of foam to create volume).

You will hit bottom. Not only will you hit your board off the bottom, but also your body. My shoulders and hips took a beat down hitting the gate when falling. Be prepared to pay your dues.

The locals are rad. All the locals I chatted and surfed with were really friendly. They offered up great tips and suggestions. There are not many rules except for have fun and don’t be a wave hog. Since the wave never closes out or hits the beach you can, in theory, ride it forever. The unwritten rule of the park is to keep your ride under a minute. 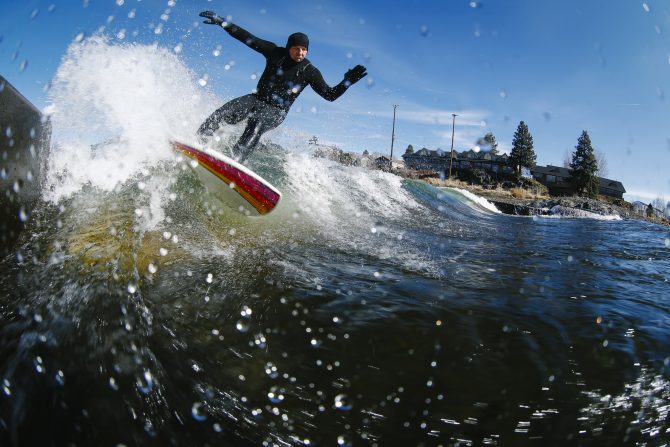 It is almost more like wake surfing. Getting a feel for the wave is a little challenging. I’ve surfed in the ocean, other rivers and behind a boat. The wave in Bend is the most similar to wake surfing. It’s all about back foot pressure and constantly applying enough brake to not shoot all the way to the bottom of the wave. Too much brake and you come up too high and off the back.

The wave is a good time, and totally worth the trip to change things up or if the ocean just isn’t supplying the goods. Go check it out and enjoy. Important reminder: if a local goes out of their way give you info, a beer from one of Bend’s great micro breweries should be offered in return.

Editor’s Note: Searching for Sero is a mental wellness project created by professional photographer, John Rathwell and writer, Tracy Guenard. The photo project shares the stories of people who are passionate about outdoor adventure as the key to happiness, well-being and balance in their lives. Find out more at Searchingforsero.com