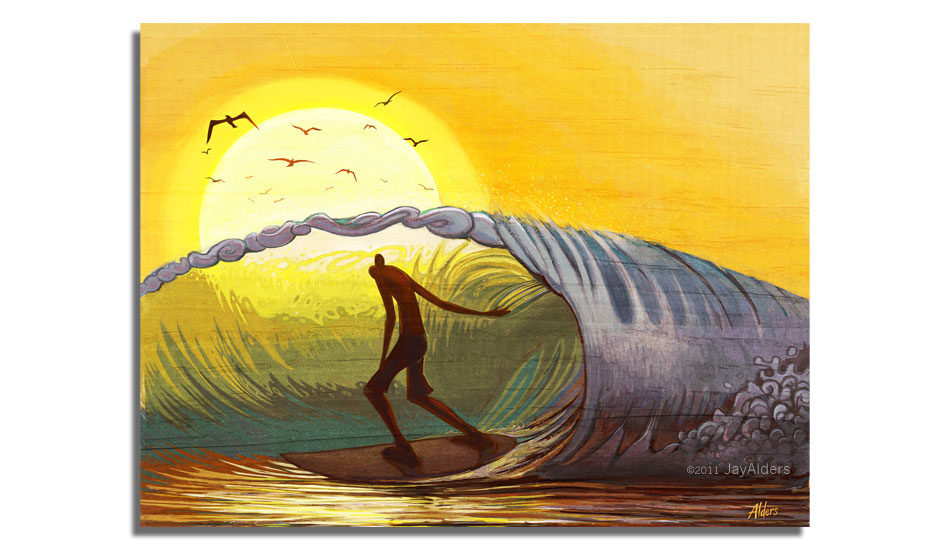 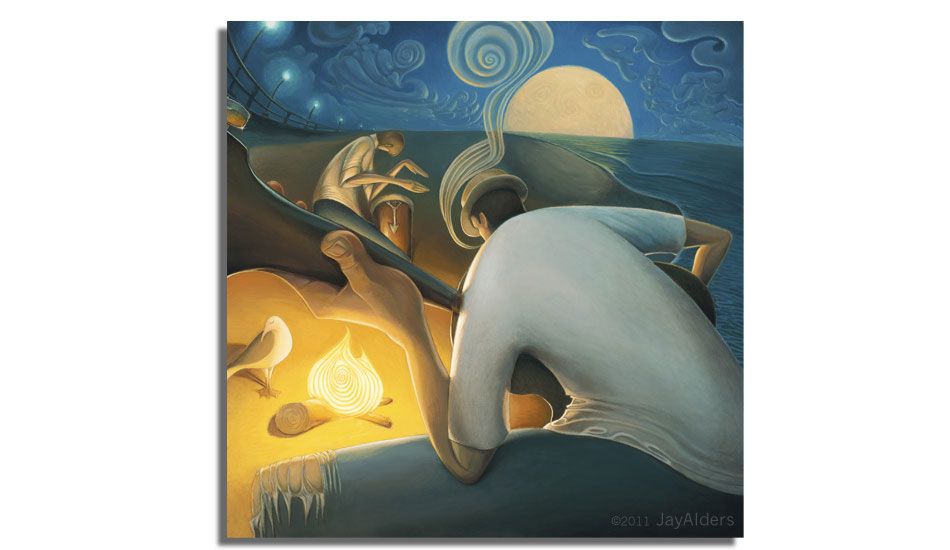 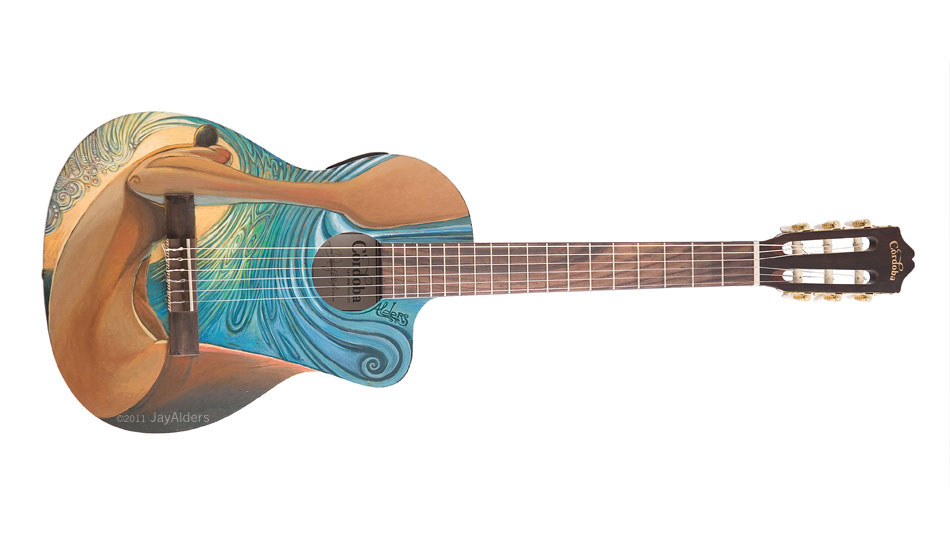 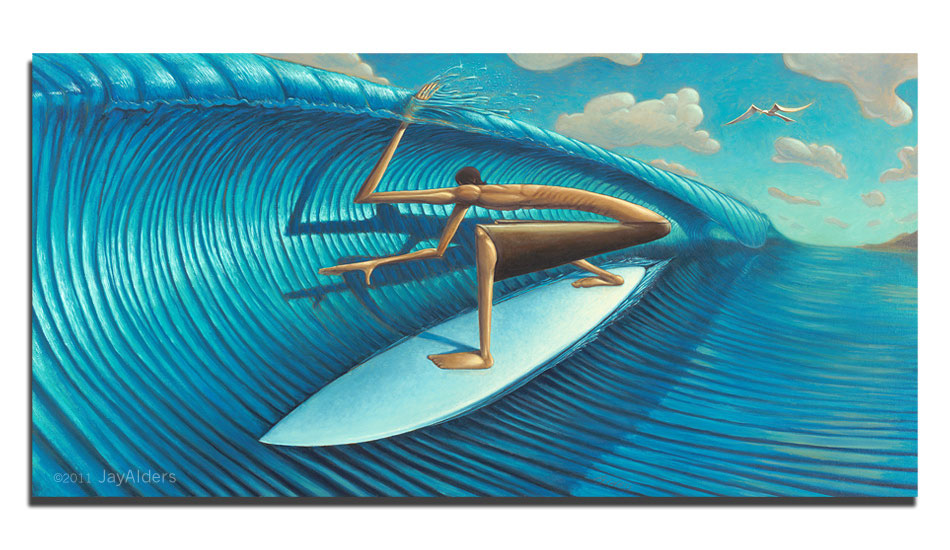 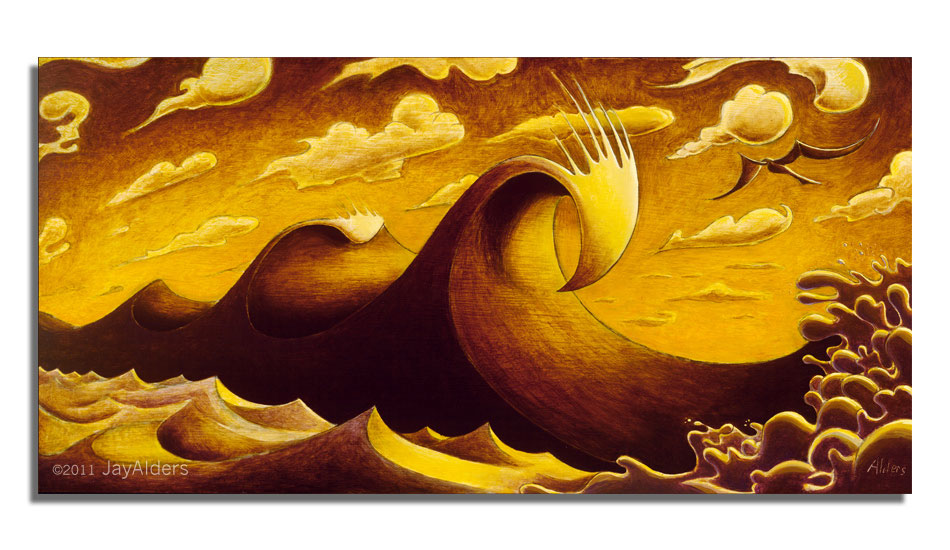 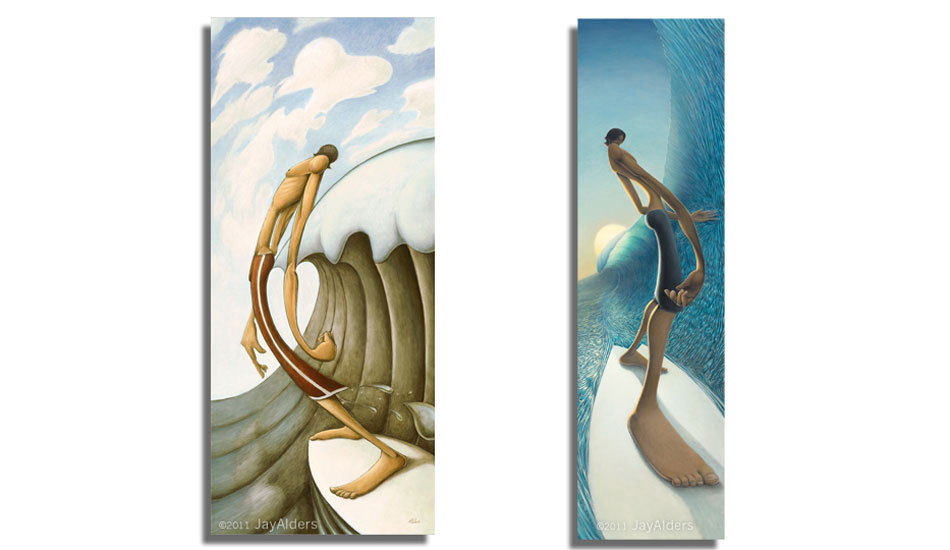 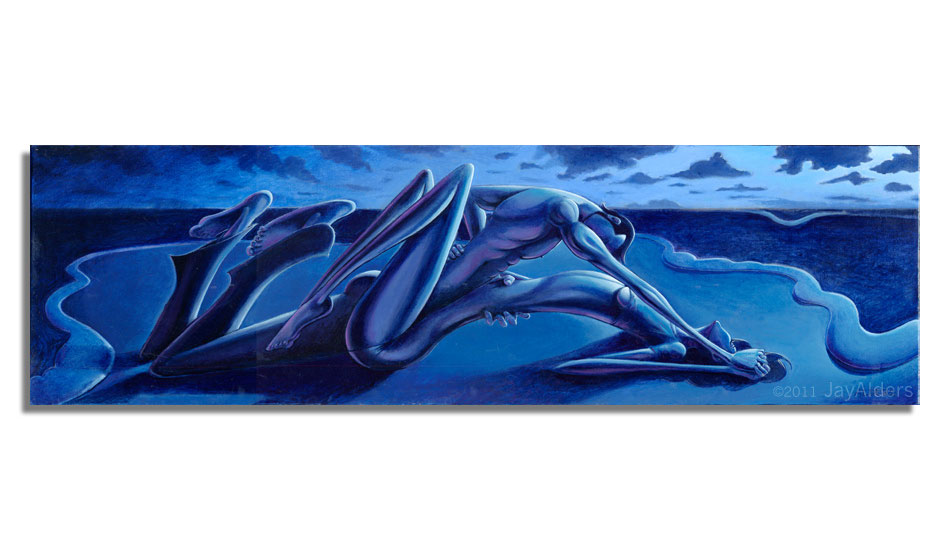 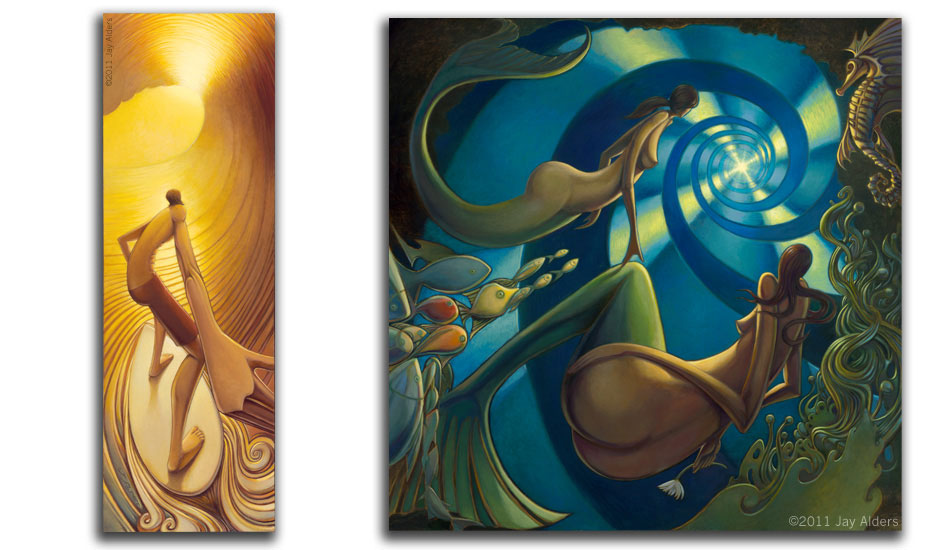 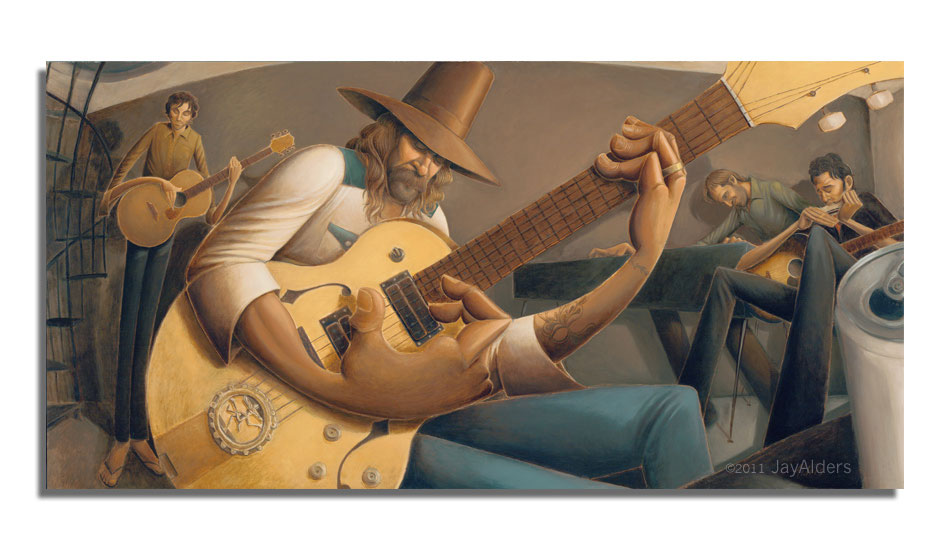 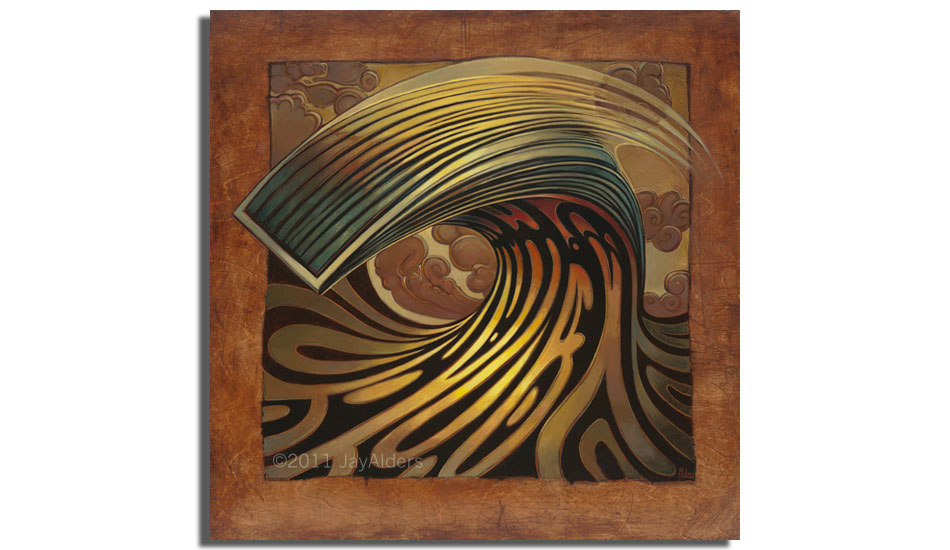 Jay Alders is a  New Jersey native based in northern Florida. He’s been pursuing his lifelong dream of becoming a thriving professional artist since he was a child. His distinctive style and imaginative prowess is recognized around the world. Intricate brushwork, intense colors, and superb compositions bring his signature elongated figures & stylized forms to life.

Jay’s work has been featured in galleries from New York City to California, art tours in Brazil, surf exhibitions on the North Shore of Oahu and at the 2008 X-Games. Organizations like Emergen-C, Billabong, Endless Games, Donavon Frankenreiter, 9Fish Surfboards, SSV, Ted Shreds and Original Longboards all have licensed Jay’s art for their internationally distributed product lines.

Alders is also known for his heartfelt philanthropy work and healthy vegan lifestyle. He proudly and regularly gives back to the world community whenever possible. In 2009 he was named an Official Ambassador to Surf Aid International and he also supports many worthy causes such as Surfrider Foundation, PETA, Lilo’s Promise, NORML and the ASPCA amongst others.