Battling Cancer: “No Longer About Facing Death, But Facing Life”

Editor’s Note: Between Two Harbors is a documentary film, by filmmaker Richard Yelland, revealing the restorative and healing powers of nature. 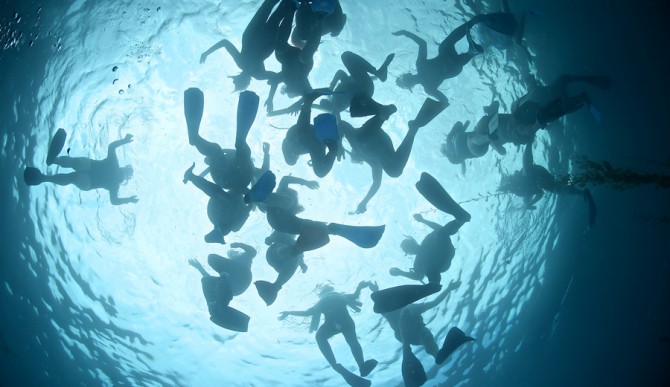 This is about more than the healing power of the ocean. Photo: Marshall Lally

I began as a filmmaker seeking to tell amazing stories that also could change the way we see the world and what’s possible in it. I am fortunate to have witnessed my work empower those with spinal cord injury to do things never thought before possible as well as inspire Santa Monica’s annual Nick Gabaldon Day, which celebrates our country’s first documented African American surfer. Now my work on Between Two Harbors focuses on 21 people with cancer and how the ocean could save their lives.

My first film Floating: The Nathan Gocke Story, in association with Life Rolls On Foundation and Executive Producer Morgan Spurlock (Oscar nominee for Super Size Me), is the inspirational story of 32 year-old Nathan Gocke who suffers paralysis after a surfing accident. Nathan’s transformation begins with a dream to get back in the ocean and onto a surfboard again. Nathan had seen video of quadriplegic surfer, Jesse Billauer, and knew that if Jesse could do it, he could do it.

“Inspiration shot through the roof,” Nathan says in Floating.

Through my two years filming Nathan’s story, I had witnessed the magic the water can have on somebody who needs healing. It was the possibility of surfing again that made Nathan Gocke’s life as a quadriplegic worth living: “It gave me the drive and motivation to get better in all aspects of my life.”

When I completed my 2012 film 12 Miles North: The Nick Gabaldon Story, I was contacted by an amazing individual named, Jack Shimko, who was inspired by this story of the first documented African American Surfer, Nick Gabaldon, and his 12 mile paddle to Malibu. Not that Jack needed any more inspiration — he had just paddled 300 miles through the Channel Islands for his foundation Paddle2Live, earning hundreds of thousands of dollars for cancer research. Jack had been diagnosed with Hodgkin’s Lymphoma in 2009 and started paddling as self-treatment. Because he was in chemo, he couldn’t go in the ocean. So he decided to paddle on top of it. The layer at the top of the water, that studies show helps those with autism and cystic fibrosis, gave Shimko relief. He entered the World Paddleboard Championships in San Francisco just 16 weeks into his chemo treatment.

“I finished last but I was alive,” he says. By 2011, Shimko was cancer-free but he never stopped paddling, earning him a Surfer Magazine Agent of Change award in 2012. 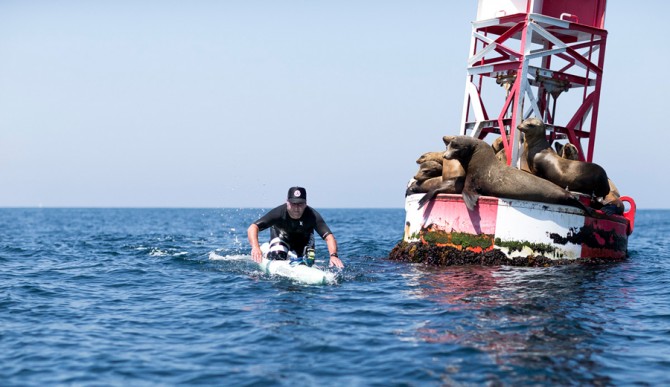 Shimko founded We Are Ocean (WAO), a program intended to give cancer patients and survivors the same opportunity he had: to paddle and to heal. The idea arose for me to capture his inaugural Camp We Are Ocean on White’s Landing, 5 nautical miles north of Avalon, where those with cancer were scheduled to attend for nearly a week of paddling, sailing, diving and surfing. The 21 campers would include cancer survivors, those in treatment and some as advanced as stage 4. These people were going to go through a never-been-seen-before experience. My gut told me that something special would happen — and it did. 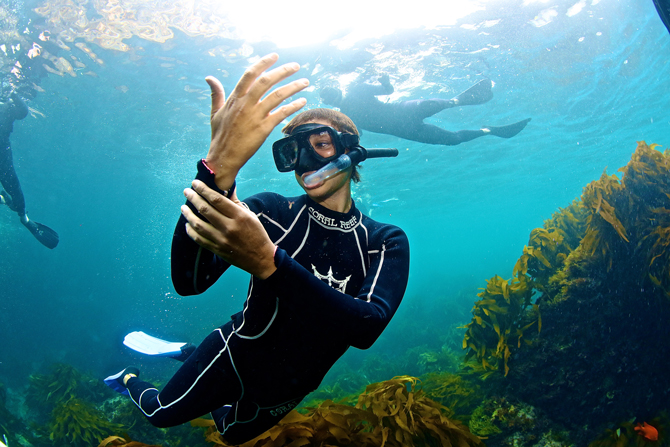 They were transformed–inspiring each other and those around them. In their interviews they showed a rare wisdom in this battle for life. When you are sitting in a hospital bed going through chemo, there’s a lot time to think about stuff. “I just wanted to go to the beach so bad,” says WAO camper Marisa.

For the participants of Camp We Are Ocean, cancer was no longer about facing death, but facing life. 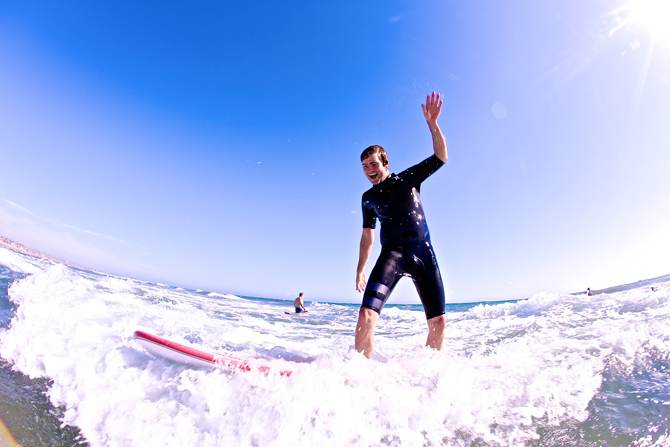 The intense bonding between them was perhaps the most surprising element. These people are typically alone in their fight. They feel alienated, that no one really understands what they are going through. The ability to share their stories with each other was a cathartic experience.

This is a group of people who lift each other up to a better place in their individual battles with cancer. Beyond the healing powers of the ocean and its saltwater, the story is about a collective spirit fighting a common enemy. Maybe it is the prioritization of the individual over the collective in our modern day society that has to do with the increase in cancer diagnoses each year. In turn, the participants at Camp WAO experience healing as a community.

That’s why it is so affirming to reach out to our community here, and the world at large, to ask for your support of our Between Two Harbors We Are Ocean Kickstarter campaign. Please join us with a pledge to ensure that the stories of these inspirational people are told. These are stories that have the power to improve not just the lives of those with cancer, but ours as well.

While we work to fund the documentary by the December 8, 2014 Kickstarter deadline, the story continues. Kyle is in Stage 4 but he’s turned his life around since returning from camp. No longer feeling like he’s been given a death sentence, Kyle enters an experimental treatment program. The dozen or so tumors in his abdomen respond to treatment and begin shrinking away. Not long after, his insurance pulls his coverage and Kyle is left facing the abyss. How will he pay for the treatment that could save his life? Fitness instructor Suzanne, who had been partially paralyzed by her cancer treatment, wondered if she’d ever get her strength back to do the things she loved.  After 5 days of water activity at We Are Ocean, including a large dose of stand up paddling, she became an entirely new person. Suzanne was back at work for the first time in more than a year merely weeks after returning home. As cancer now directly affects almost every single one of us, I’m asking every one of you to please step up, with whatever pledge you can, to make sure audiences around the world learn how to better cope with this disease and heal from it.

For more information on how to support their We Are Ocean Kickstarter, be sure to visit the campaign page. Between Two Harbors is scheduled for release January 2015 through iTunes and other digital channels as well as national broadcast via Outside TV.