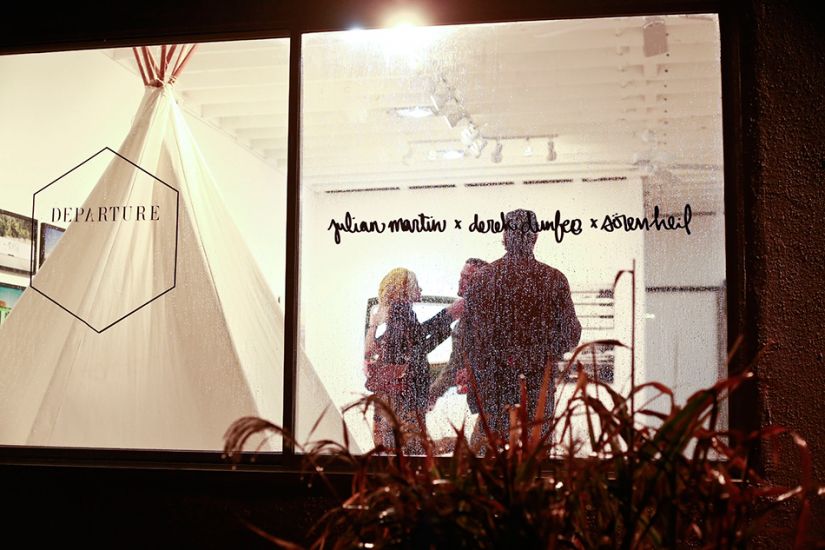 Welcome to "Departure" at T.F.R. Gallery 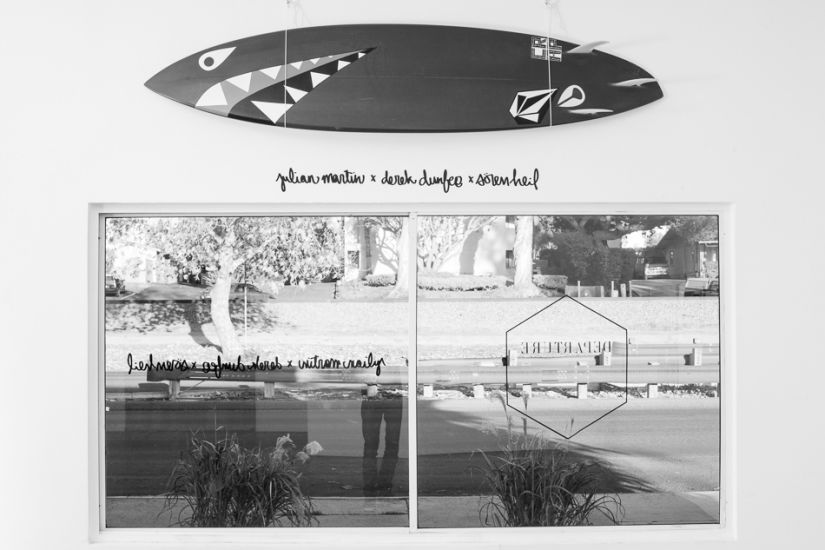 This asymmetrical is a board that Derek shaped himself and was a hit with showgoers at both the opening and closing nights. 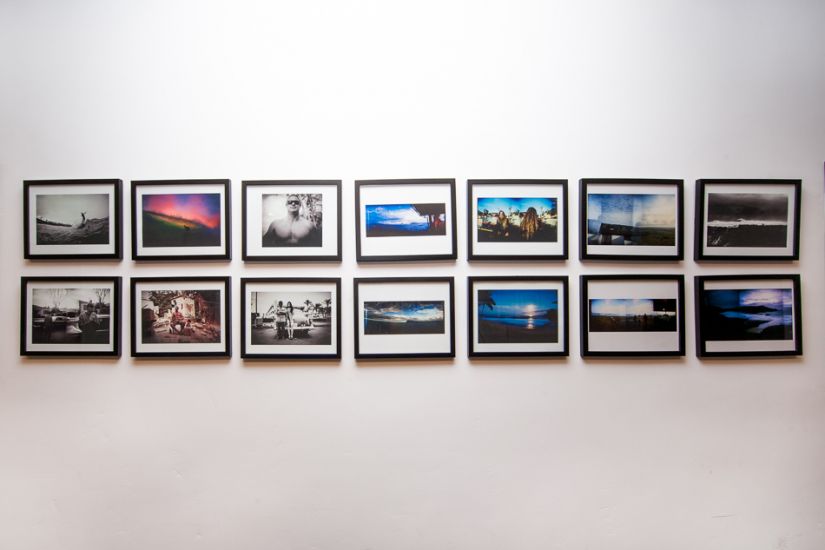 "This is a big variety of everything that I shoot. There are some digital lineups that I really love. I shot some on a panoramic, a Holga and a Yashica. There are a couple portraits and lifestyle shots that are really important to me as well." --Derek Dunfee 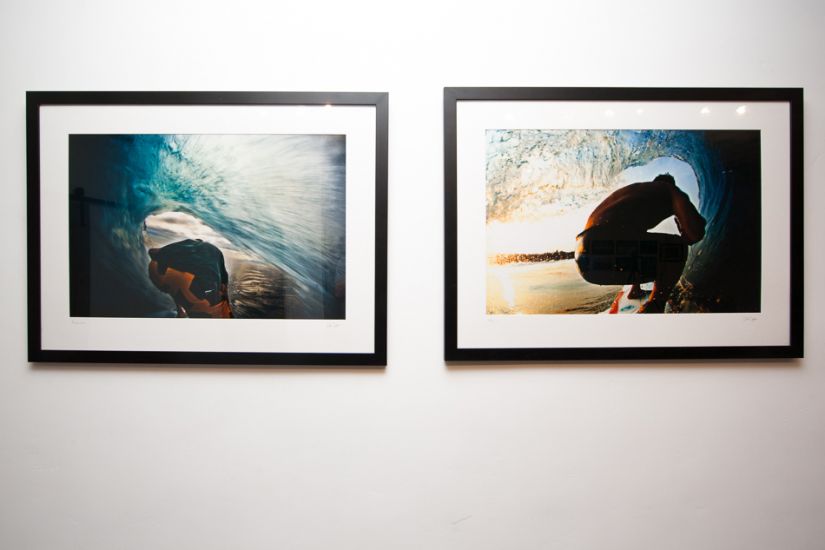 Despite the recent boom in GoPro use, the camera in question is a Canon Rebel. He got the idea from "Eric Yurmstead, the guy who was making Brian Conley's water housing stuff. I contacted him, started working with him, and we made a big mount and first took it out to Fiji...From there, I took it to Mexico and also used it in some big beachbreak here in California." 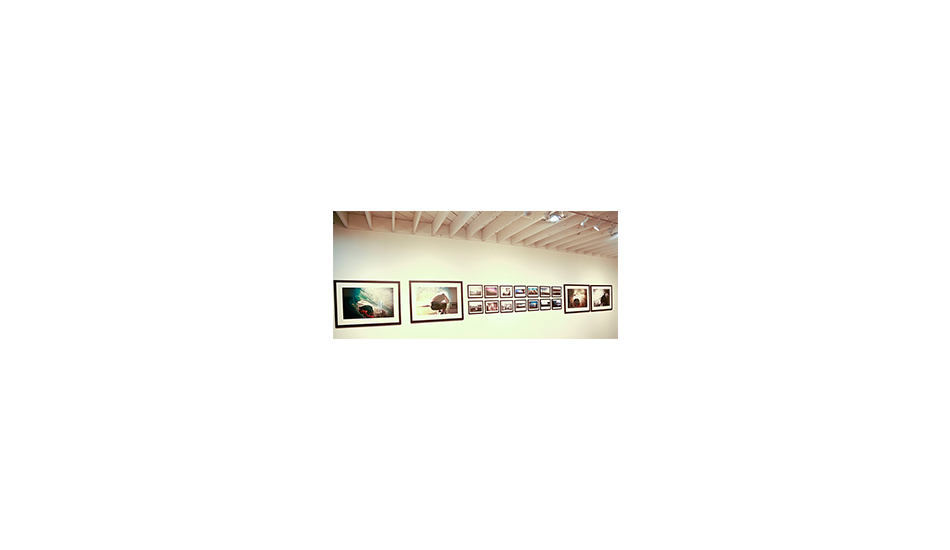 DD's side of the gallery. 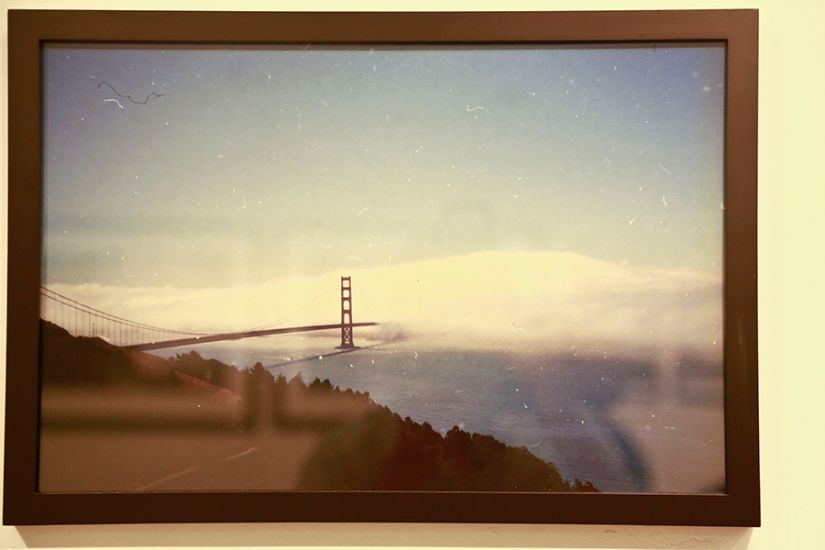 This is Julian's favorite shot of his work displayed at "Departure." Reason being, as he put it, "I was working on a film project with Dean Morrison and Dylan Graves where we traveled up to San Francisco. We got skunked, but looking into San Francisco we had what should've been the best view into the city. We are looking into SF and you can't see a single building! I've never seen it quite like that." 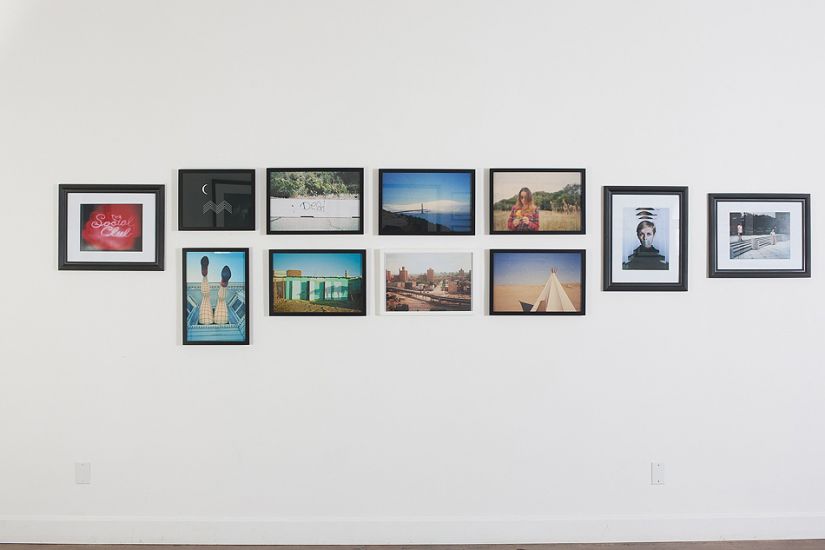 "Mine is all shot on old cameras...from old 35 millimeters and 120s from 60s, 70s, 80s, a few things I've picked up and shot while travelling. Some locally, some abroad." Julian's collection. 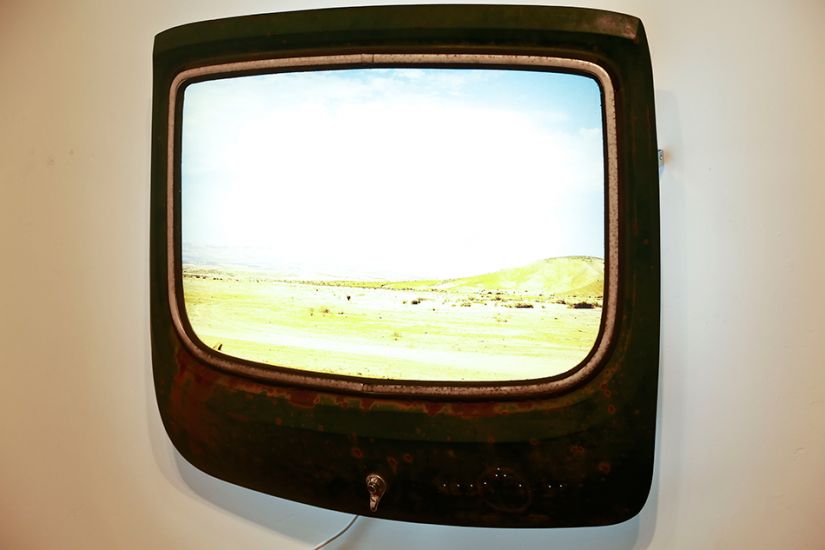 Easily the most unique and captivating piece in the gallery was this one by Sören Heil. He explains: "This was taken on a surf trip I took with a few friends a ways down Baja. Basically as far as you look, there's no development. There's nothing. At the most, there are a few abandoned structures. The idea for this one was to transport the viewer to that space in the desert. Just being out in that raw, natural environment is so hard to come by here in Southern California. There isn't a ton of that so that was my focus for this piece...Framing that experience and understanding it in the context of looking out your window during a road trip. For me, this one holds an immense amount of energy and you're really struck by the power of the space." 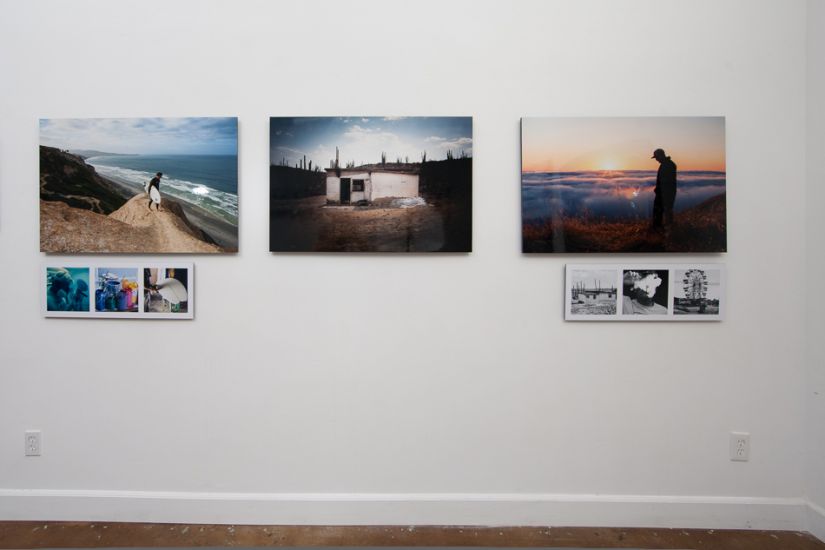 "There have been a couple of times that I've shot the goat trail. This one was interesting because the guy in the picture is a friend who lives in Munich and shapes surfboards there. I had a chance encounter meeting him and ended up travelling around Europe with him. The fact that he shapes for the landlocked sub-culture of surfers really spoke to me because in this picture he's departing from the norm of river surfing in Germany." 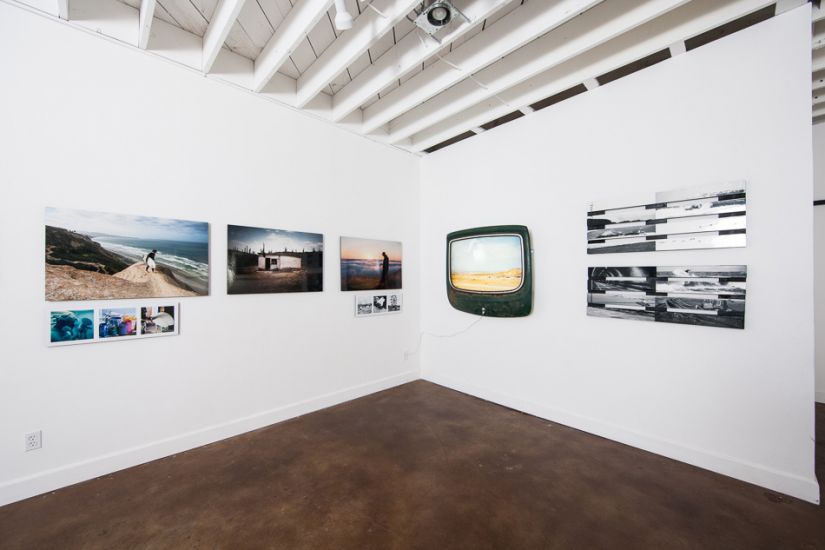 Derek Dunfee, Julian Martin, and Soren Heil wrapped up an impressive art show in Leucadia last week. The show’s name and theme were one in the same. In varying ways, they each explained the theme of “Departure” as getting away from what’s comfortable and what people consider “the norm.” As Sören put it, “It’s about having a heightened sense of awareness and capturing the fleeting moments of life.” Examples of this can be seen in Sören’s installation of the desert scene through the car door, Julian’s unique fog shot looking into San Francisco taken while filming a surf trip, or Derek’s barrel shots taken in remote waters.

Check out more artwork from these talented humans on each of their websites and stay tuned for future art shows.

All photos taken by Sören Heil and Evan Tipton.