How Does a Music Festival In San Diego Lay Out the Blueprint for Protecting Our Oceans? 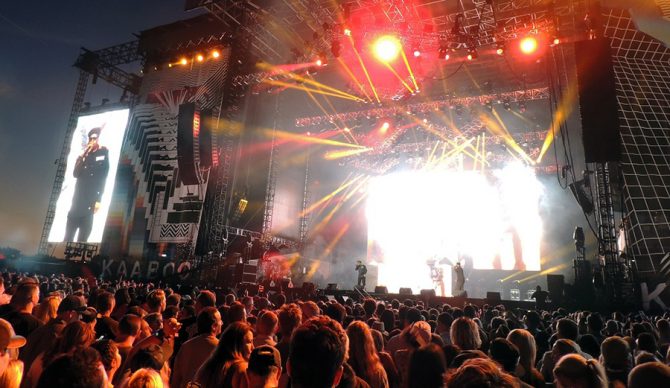 September’s KAABOO music festival is an adult playground of music, art, comedy, cuisine, crafts, and indulgences carefully curated to appeal to all five of your senses. This year’s KAABOO Del Mar 2018 lineup has some of the biggest musicians and artist performing including the Foo Fighters, Katy Perry, Halsey, Post Malone, Wiz Khalifa, Gucci Mane, Incubus, and more. But its focus on reducing our carbon footprint, recycling, and reducing single-use plastics reveal a positive trend in today’s festival organizing approach.

Outside of all the music and commotion, KAABOO was organized with a dedication to protecting our oceans, waves, and beaches. For every dollar of every pass sold by KAABOO, donations will be split equally among four community partners, all chosen based on their impact in the local San Diego community. For example, their donation to the Surfrider Foundation San Diego will contribute to supplies for cleaning up local beaches.

Environmental sustainability is also embedded into the festival’s culture and is represented by plenty of recycling bins prominently placed throughout the park:

Recycling and Composting
Guests can look for the blue recycling receptacles to dispose of recyclables, instead of throwing them in the trash. KAABOO hopes to increase our recycling by 15 percent this year compared to last year.

Reducing Single-Use Plastic
The festival will have complimentary water stations. Guests can grab souvenir bottles from one of the apparel and merchandise stores on site and then just refill them with cold, clean water. KAABOO and Surfrider Foundation will be providing water bottles to staff to avoid the use of disposable plastic bottles.

Carpooling: find people driving or looking for a ride from your area and ride together

-Coach Buses: arrive and return on the same day without driving