Kelly Slater’s Commentary on the Bachelorette Finale Is ON POINT 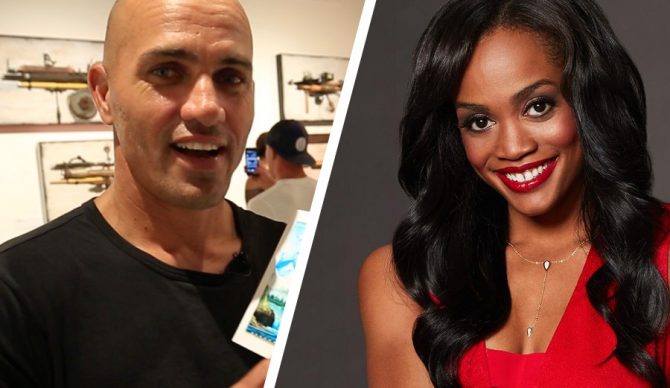 Wrote Slater on an Instagram story, “Anyone else watch #thebachelorette (cause their girl was watching, of course) and know Bryan was her default and not the guy she was in love with? And then she was pretty condescending to Peter…cause she still digs him and can’t face it. #GuiltyPleasure”

Yes, Kelly. I did notice that (cuz my girl was watching, too, of course). That was a very insightful observation. 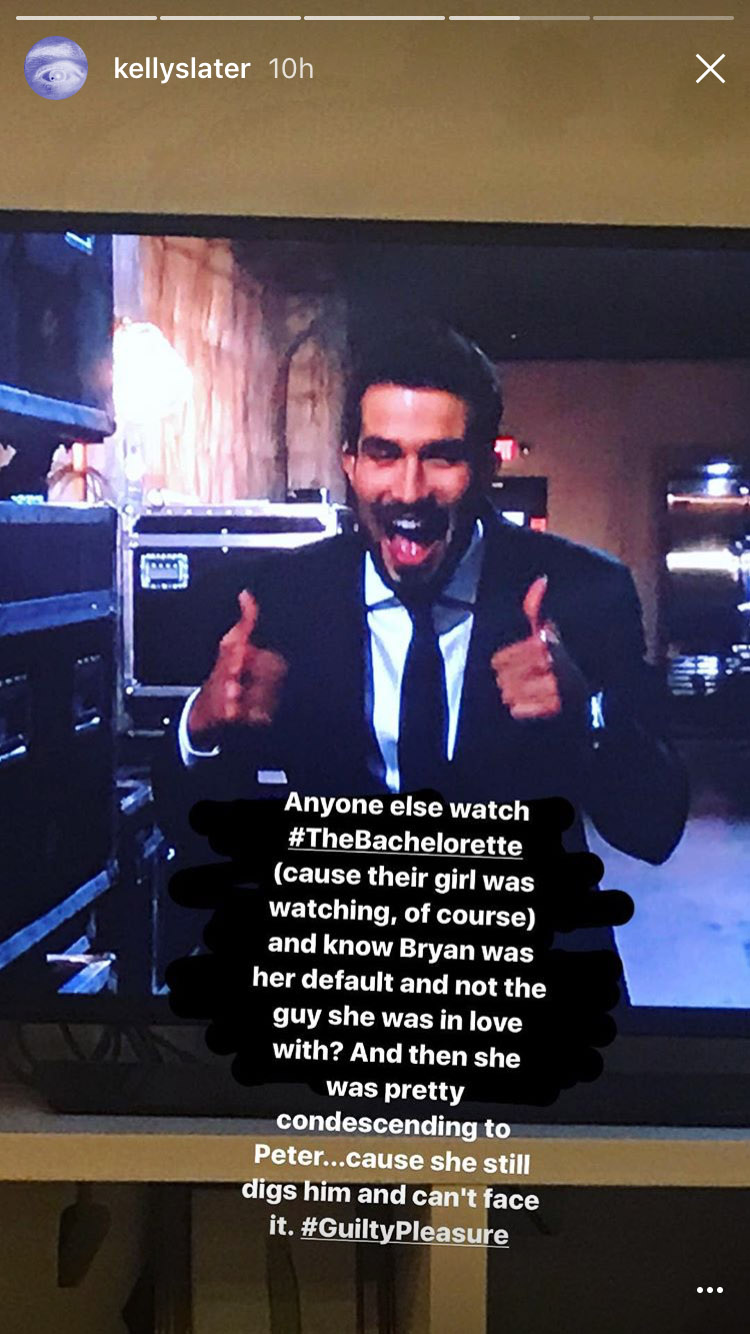 And while we’re on it, I think Peter handled himself quite gracefully. He couldn’t have been more straightforward with Rachel on their final date when he concluded that he was, in fact, in love with Rachel, but he wasn’t prepared to propose within 24 hours. It seems he realized the time constraints of the show didn’t enable him to build a foundation meaningful enough to sustain a lifetime. If Lindsay had the courage to accept a more reasonable timeline in spite of the show’s mandates, then they might be exceptionally happy together. They’d have found a substantive and lasting foundation on their own terms. An admirable proposition.

I noticed that very much, Kelly. Thank you for noticing, too.

I also noticed that Rachel Lindsay still had some exceptionally strong feelings for Peter that didn’t feel resolved. As you noted, they seemed to manifest through a combination of anger and condescension. It’s unfortunate, but sometimes, that’s what pain looks like. It appears that Peter’s desire for a more even-paced evolution to their relationship made her feel a bit silly, and she laid bare her insecurities about the only rejection she ultimately faced on the show as well as her decision to proceed with her relationship with Bryan by lashing out at Peter, who handled himself with class.

Did you notice that? And who do you think will be the next Bachelor? I’m rooting for Eric. #GuiltyPleasure

P.S. Did you know a former Bachelorette contestant contributes to The Inertia on occassion? He’s a very funny writer and great guy. And he surfs!