Kelly Slater’s Daughter, Taylor, Had an Art Show in Montauk and It Was a Huge Success 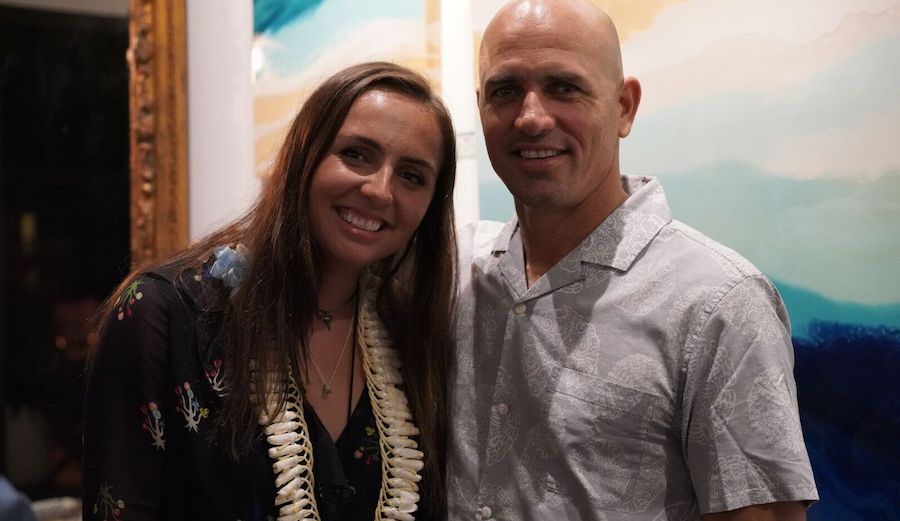 We’ve been a fan of Kelly Slater’s daughter, Taylor Slater, for some time. In the way that Kelly Slater is a world champion and multi-hyphenate, his daughter Taylor is excelling in the art world producing beautiful works from resin and paint on wood to incredible photography to stunning short films.

Her meteoric rise recently caught the attention of Danielle Beckmann, curator at 1Ocean Collection, who knew that a young artist of Taylor’s ability needed an opportunity to showcase her work. The result? Taylor held her first solo art show ever earlier this month, called “One Ocean Seven Strawless Seas,” at the Montauk Beach House, and it was wildly successful.

For the show, Taylor partnered with Lonely Whale, a New York and Seattle-based non-profit that cultivates innovative ideas to solve problems plaguing the world’s oceans. As it were, the environmental activist apple doesn’t fall too far from the proverbial tree. 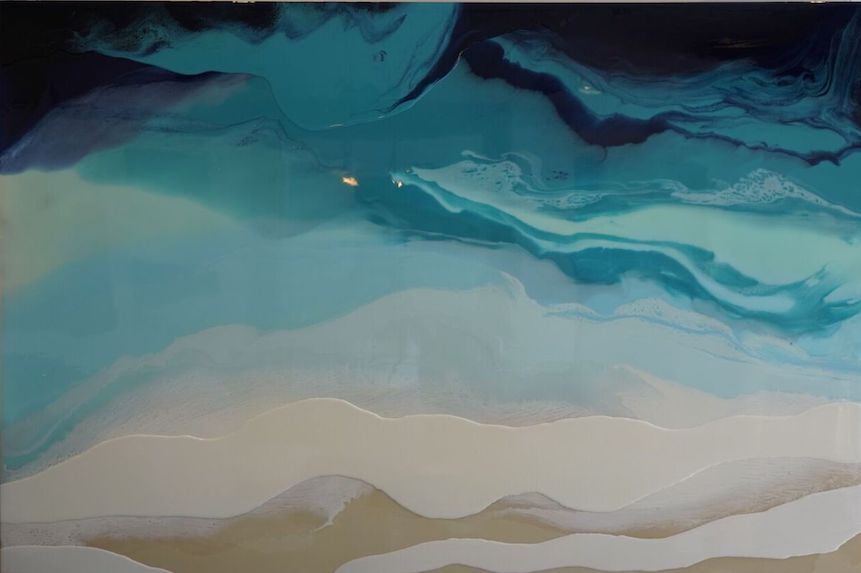 For Taylor, the ocean is her source of inspiration, and to tie in the need to protect it was simply a natural extension for her.

“My art is really a reflection of the places I’ve been,” Taylor told me in a phone call before the show. “I’ve had the opportunity to travel to some of the world’s most beautiful places with my dad – from Hawaii to Australia – and those are the places that inspire me. You’ll notice that not one of my paintings shows a lineup littered with trash because I want to show the beauty of the natural environment.” 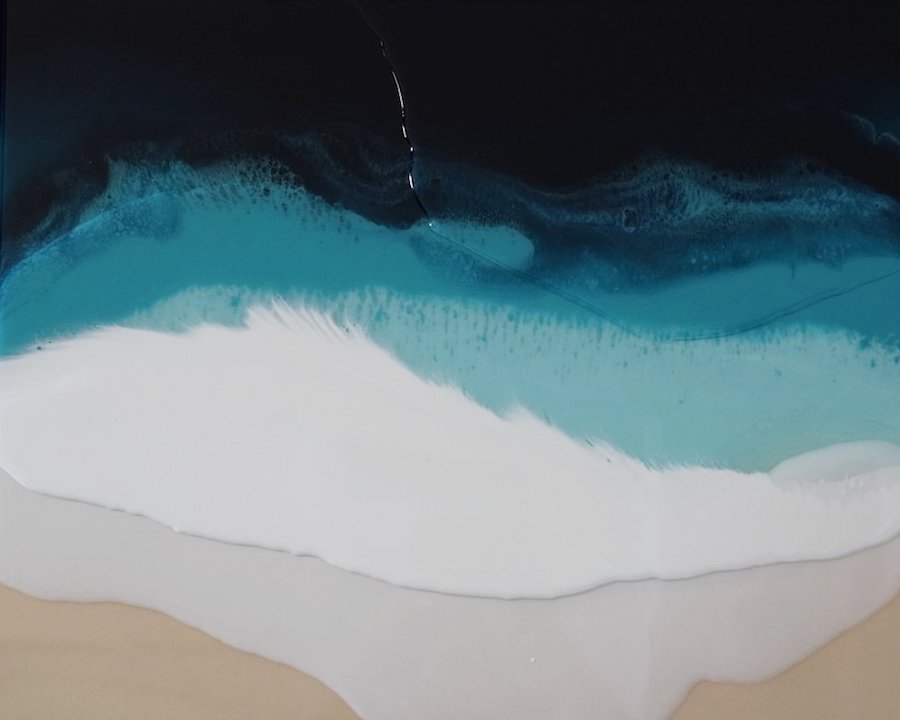 In some sense, Taylor’s artwork in the way its meant to depict famous coastlines like Ehukai Beach Park and Sandy’s from above is equal parts moving and aspirational. No colorful umbrellas, people, or trash dot the space meant to represent the sand on the beach. Not a single surfer sits out in the lineup.

When I spoke to Danielle Beckmann in the days following the show, she was still buzzing. “It was the single most moving display of support for a young artist I’ve ever seen in my lifetime,” she said. 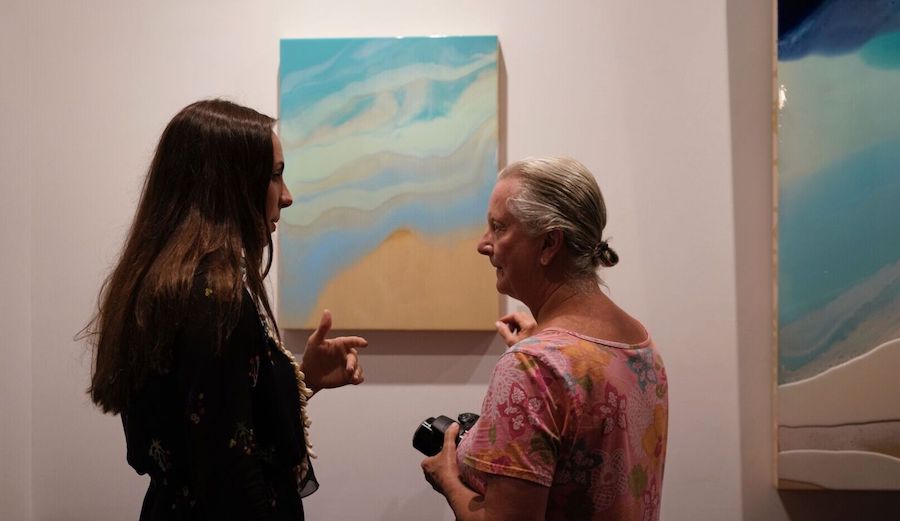 The artist enjoying the day. Photo: Courtesy of Danielle Beckmann

Pops Kelly Slater turned up to support along with serious art collectors from New York City and beyond. “Jimmy Buffett even made an appearance,” said Beckmann.

The weekend, said Beckmann, was an absolute whirlwind. 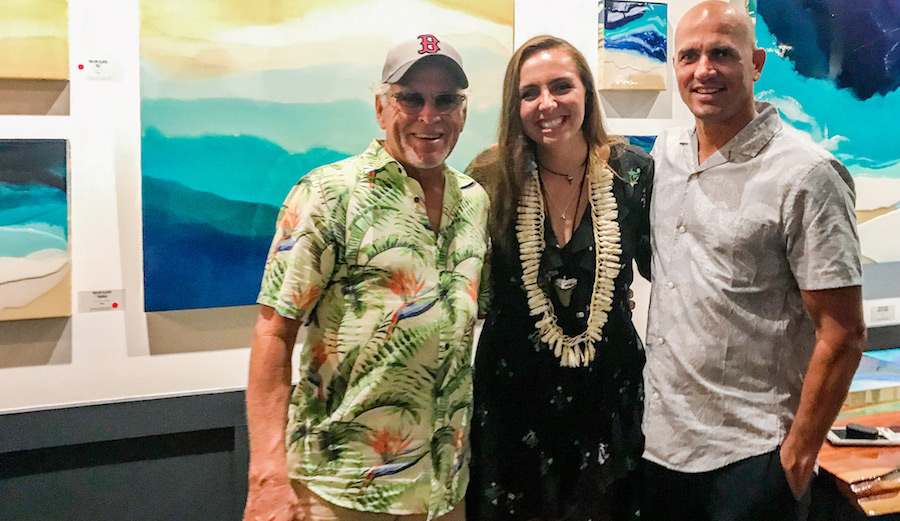 “I’m humbled by this opportunity to share my work with the public,” said Taylor. “Being able to connect with and support Lonely Whale’s efforts with their #strawlessocean campaign feels right. I hope this brings other artists to the forefront and inspires them to join this amazing effort.”