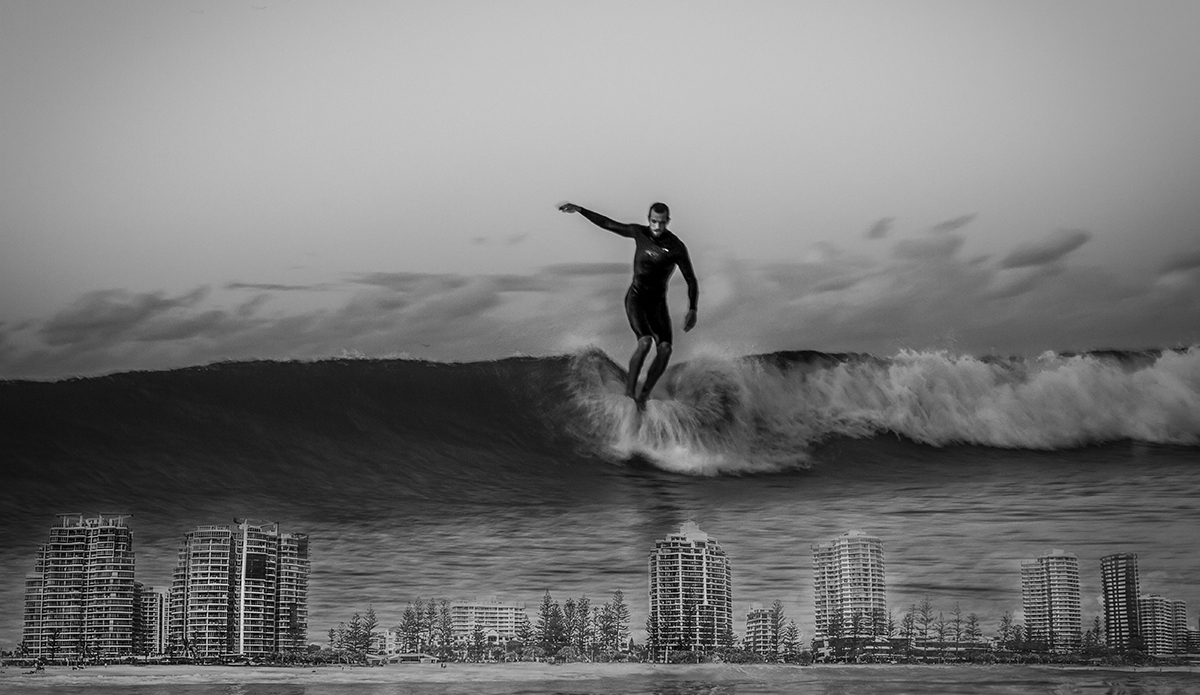 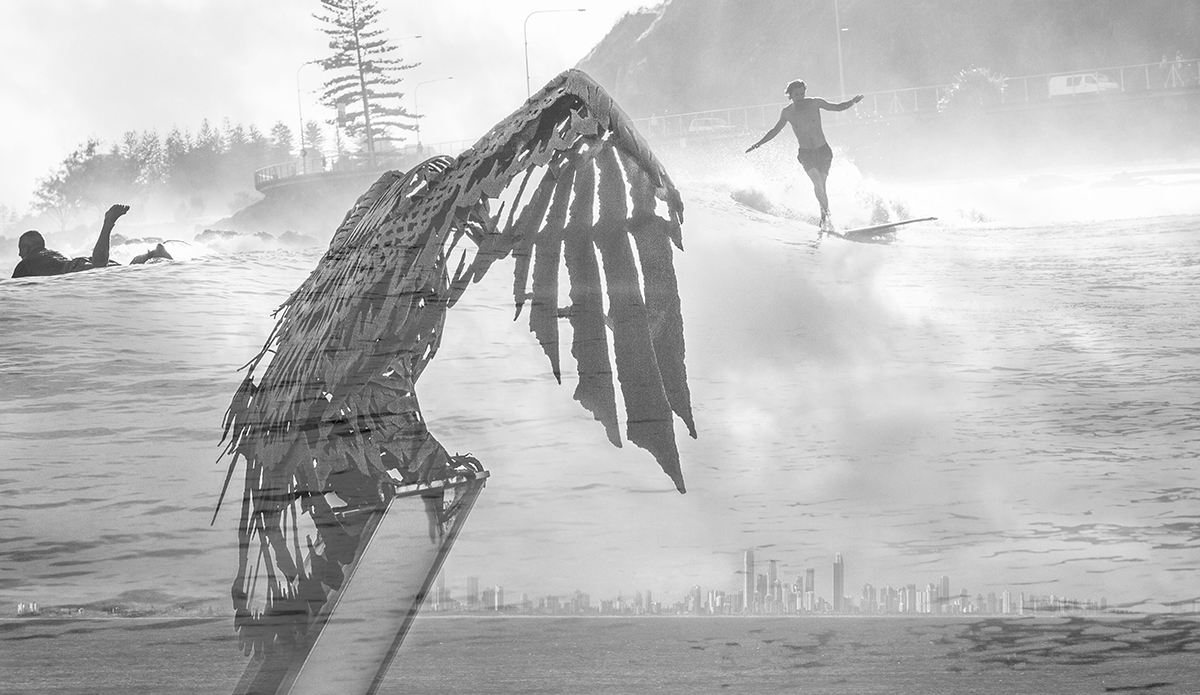 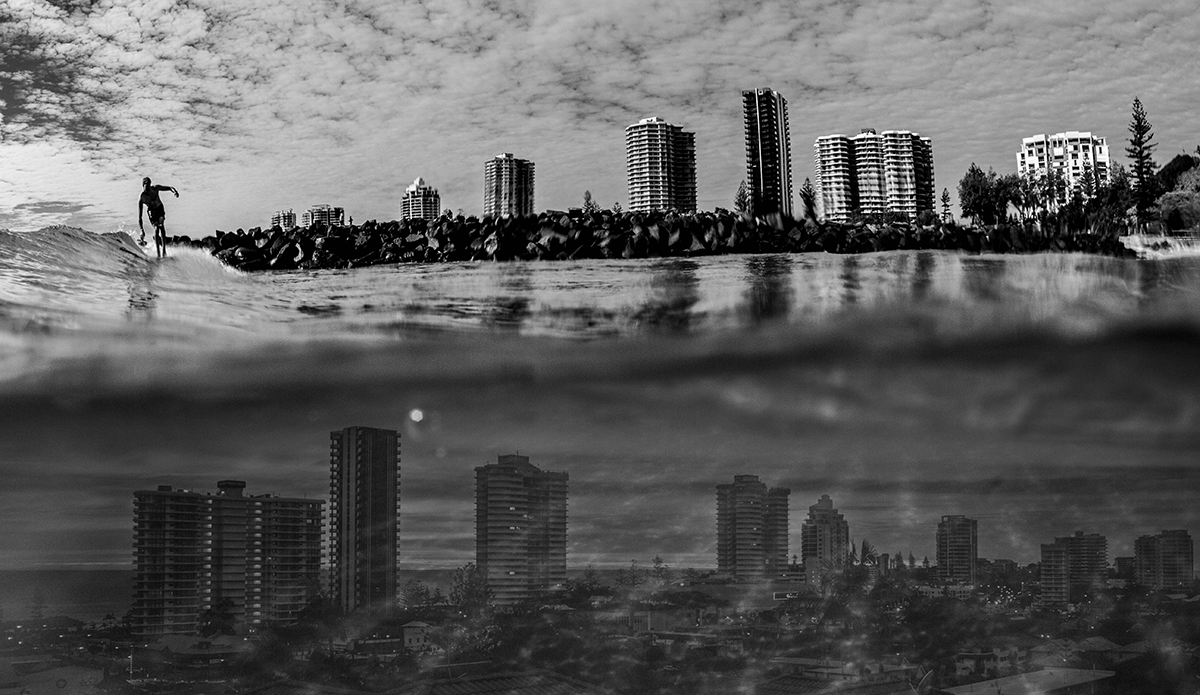 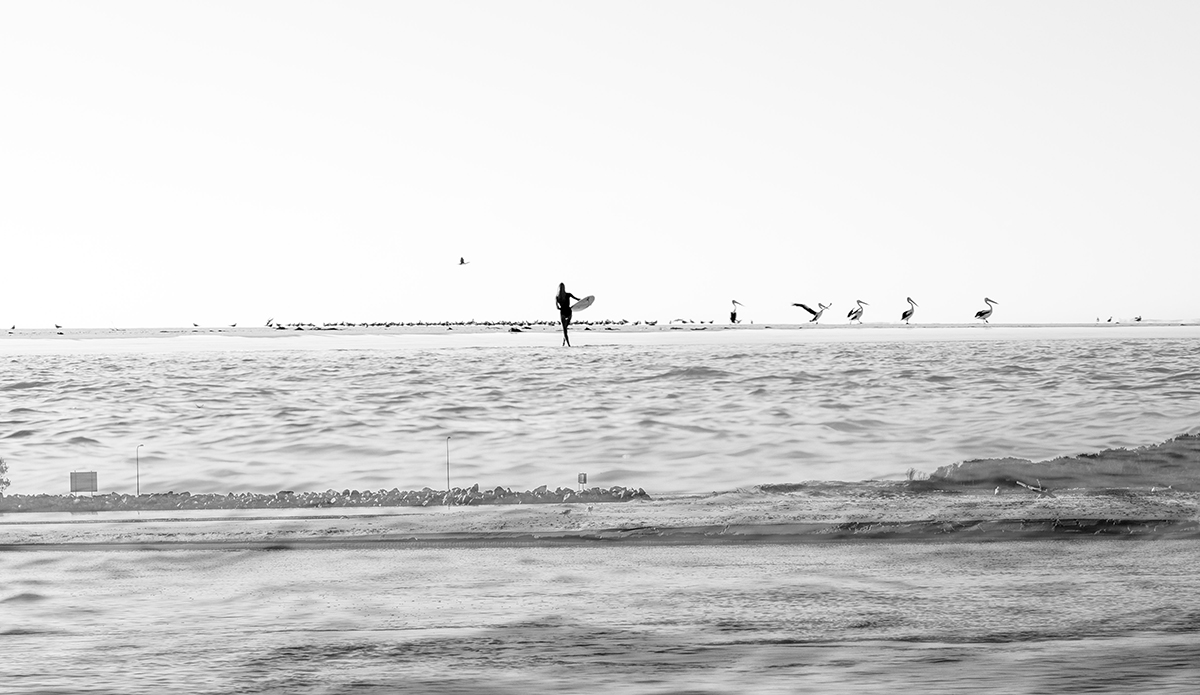 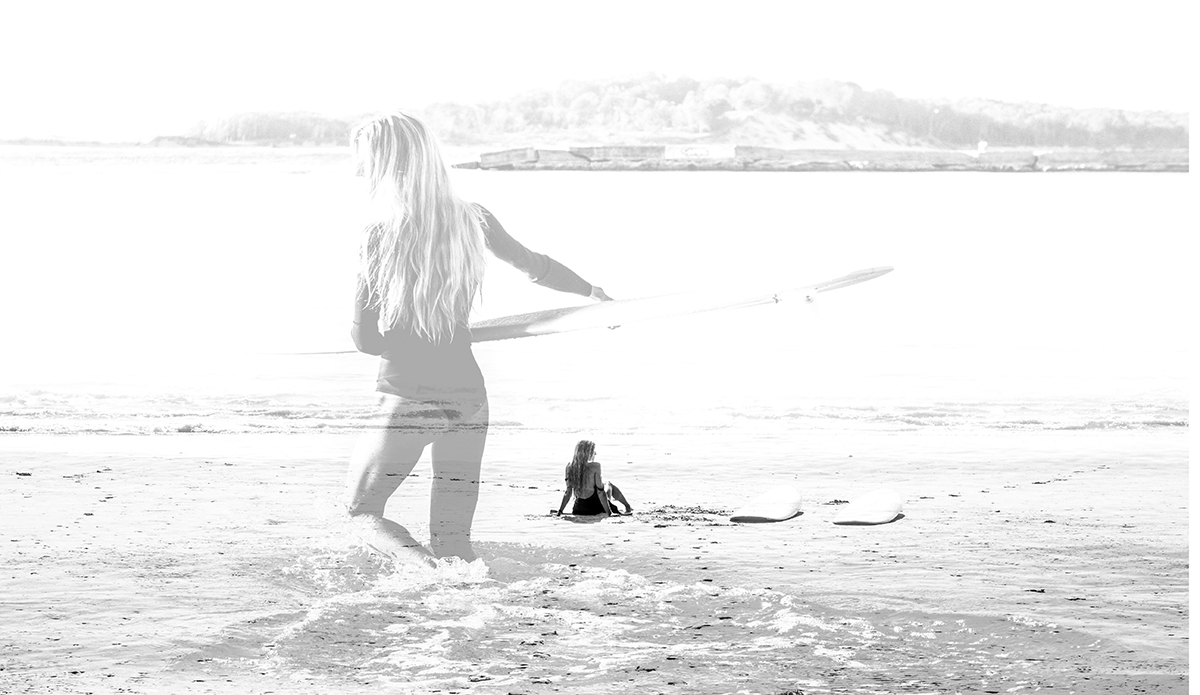 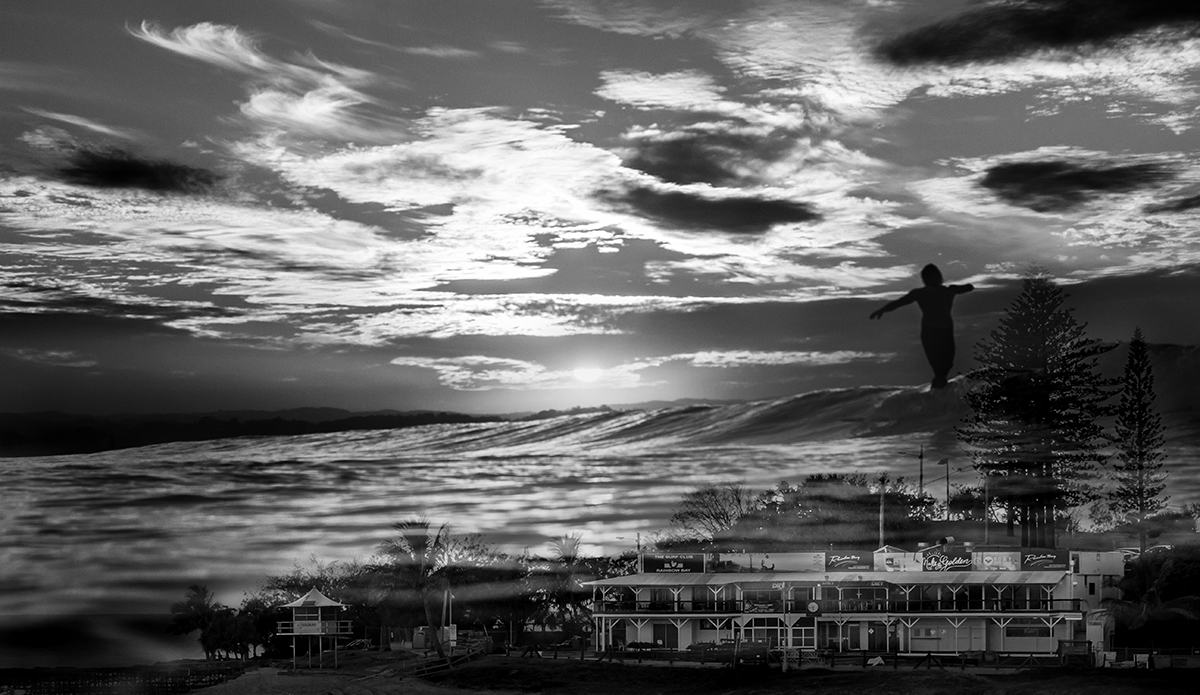 Coolangatta surf photographer, Brenton de Rooy sees things a little differently. Originally from Forster, NSW, he attributes his photographic progression to a move just north of the border. Hordes of talented surfers are in the water with him. They’re at the local pub and coffee shop, too. Aware of his social setting, Brenton acknowledges that the friends he’s made in Queensland have played as important a factor in his development as the clean lines that greet the southern points. He shares an amorous relationship with the town that shaped him. It got him thinking.

The horizon disappearing beneath the swell. Surfers further out and further up the point. A headland of granite and trees or a trawler returning to the channel at dawn. These are some of the things we see while sitting on our surfboards. It’s a picturesque scene. But perhaps there’s a faint sound of horns beeping along the esplanade. A lifeguard calling swimmers over the loudspeaker. A skyline of afternoon shadows leaving you cold. Surfing allows us to slow down and forget about the noise, to completely forget about what surrounds us.

Photographers are forever inventing new ways to evoke the feeling of wave riding. They allow waves to fill the viewfinder. They create speed through slower shutter settings. They create stories by placing the waves at a distance, by starting a gentle bonfire in the foreground next to a wetsuit cast across a surfer’s tent. But it’s only half the image. The surf photographer’s best trick is to create an emotional intimacy between the surfer and the ocean, to turn crowded Snapper Rocks into solitude at an unnamed beach on a wave never surfed. If the photographer turned around, would there be a slew of highrises from a capital city, a 7/11, or a visible land horizon? What’s behind the photographer?

Brenton has created a series of double exposures that capture the social environment as much as the natural one, allowing us to gather a sense of place and belonging.

There’s no denying that noise shapes the surf community and the surfer’s place within it. A surf at your local break is never without a glance to see if your friends have arrived yet, to the hundreds of bathers between the flags or to a nearby house to try and pinpoint the source of someone’s breakfast wafting into the lineup. This is where we belong.

You can find more of Brenton’s work here.