Tom Gabel of Against Me! to Become a Woman 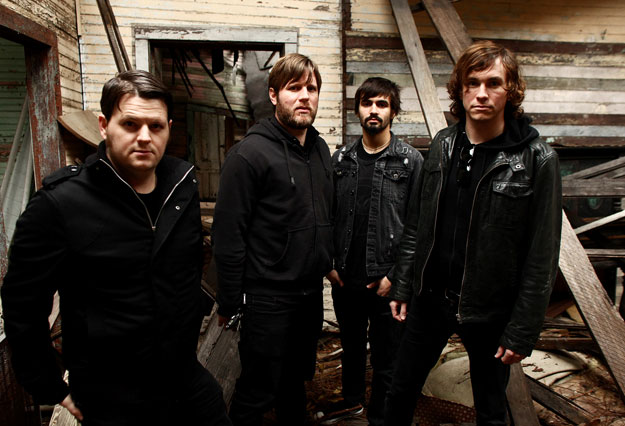 Against Me!'s Tom Gabel, pictured on the far right announced his decision to become a woman. Photo: Fat

Surprising news in the world of rock n’ roll surfaced yesterday as Tom Gabel, lead singer and guitarist for Against Me!, revealed to The Rolling Stone his intention to undergo a sex change and become a woman.

“I know our fans and it may be too much for some of them to take, but I know that a lot of them are open-minded and welcoming,” Gabel told The Rolling Stone. I hope they’ll come on this journey with me.”

Gabel plans to change his name to Laura Jane Grace and begin taking hormones to initiate the transition. Despite the change, Gabel intends to continue his marriage to artist Heather Gabel.

“For me, the most terrifying thing about this was how she would accept the news,” Gabel told The Rolling Stone. “But she’s been super-amazing and understanding.”

The revelation has given new meaning to a song called The Ocean which was released on Against Me!’s fourth album, New Wave, in 2007. Lyrics and video below:

If I could have chosen, I would have been born a woman
My mother once told me she would have named me Laura
I’d grow up to be strong and beautiful like her

“I’m going to have embarrassing moments, and that won’t be fun. But that’s part of what talking to you is about – is hoping people will understand, and hoping they’ll be fairly kind.”

Read The Inertia’s Interview with Tom Gabel and view Heather Gabel’s Artist Portfolio here. Look for the full feature in the Rolling Stone out Friday.