Of Course It Did: 2020 Officially Breaks Record for Wildest Hurricane Season 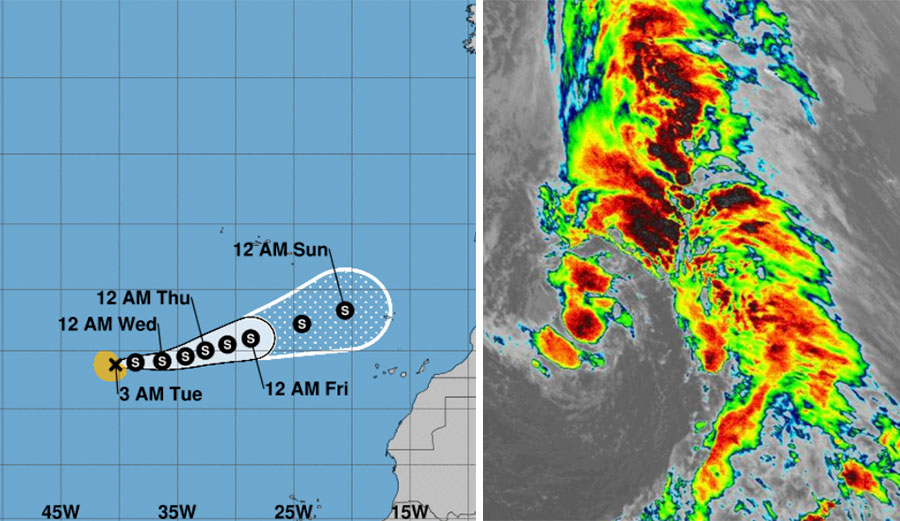 If you’ve got a long memory, you might remember that, way back in May, The National Oceanic and Atmospheric Administration (NOAA) predicted that this year’s Atlantic hurricane season was going to be a busy one. Well, now that we’re at the tail end of it, it can be said with confidence that the NOAA was right. They couldn’t be more right, in fact, because the hurricane season surpassed even the most extreme forecasts. Running from June 1 to November 30 and peaking between late August and September, 2020’s hurricane season smashed all sorts of records.

When Tropical Storm Theta slurped up enough hot air on November 10 to become a storm strong enough to earn a name, the US National Hurricane Center officially called it: 2020 had broken the single-season record for the highest number of storms powerful enough to be named. Prior to that, it was 2005, a year that, when compared to 2020, was supremely boring, even with its 28 named storms. Not to take anything away from Hurricane Katrina, YouTube’s founding, or Disneyland Resort’s 50th birthday, of course… but 2020 has been a banger in the worst possible way. Twelve of 2020’s storms made landfall in the US, three more than the previous record that was set over a century ago in 1916.

Subtropical Storm #Theta has developed tonight in the Northeast Atlantic, the 29th named storm of the 2020 Atlantic Hurricane Season.

This breaks the single season record for the most named storms previously held by the 2005 Hurricane Season.

Storms are only deemed name-worthy once they hit a wind speed of 39 miles per hour, and the name comes from six lists of 21 names, all of which are in alphabetical order. This year, you might’ve noticed that a few of the names were a little strange. That’s because there were so many storms that the World Meteorological Organization ran out and had to turn to the Greek alphabet for Storms Alpha, Beta, Gamma, Delta, Epsilon, Zeta, Eta, and Theta.

While hurricanes are complicated beasts, it’s likely that this record-breaking season is yet another result of our rapidly changing climate. The El Niño Southern Oscillation plays possibly the biggest role in the planet’s climate and weather (two separate things, remember — climate describes what the weather is like over a long period of time in a specific area while weather refers to short-term changes in the atmosphere) and in the central and eastern Pacific basins, throws fuel on the hurricane fire. In the Atlantic basin, however, El Nino suppresses hurricanes. A La Nina year, which refers to a cold phase where sea surface temperatures are below-average, means that the Atlantic hurricane season will be left unsuppressed, and this year was an ongoing La Nina year. Good for Atlantic surfers, but an indicator that our climate is swinging wildly on a pendulum that’s on the verge of flying off into the ether.

“This year saw warmer-than-average sea surface temperatures in the tropical Atlantic Ocean and the Caribbean Sea, weaker tropical Atlantic trade winds, and an enhanced west African monsoon,” wrote Tom Hale for IFLScience. “All of these factors are known to increase the likelihood of hurricanes in the Atlantic.”

Like I said, hurricanes are a complicated beast, but rising sea surface temperatures and a climate that’s changing faster than it has in recorded history are definitely two things that ramp up the destructiveness and frequency of hurricanes around the world.