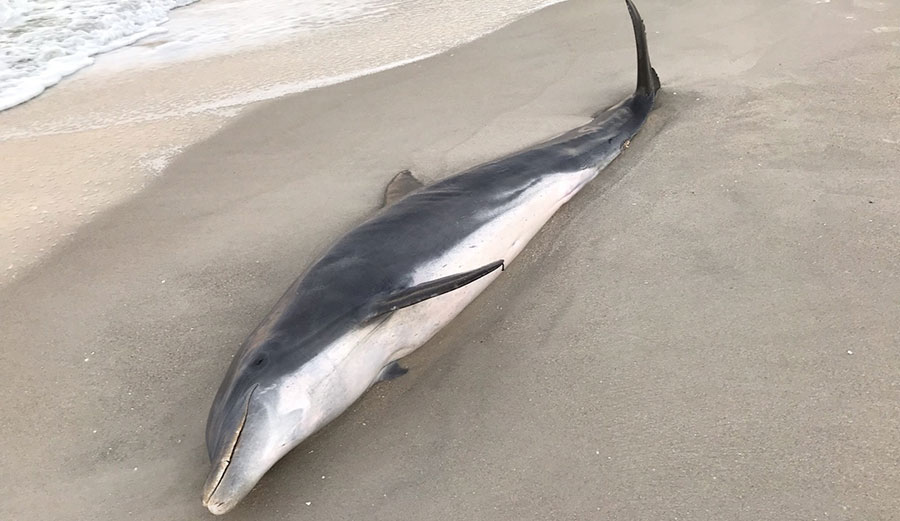 Before you go any further, you ought to be aware that there is a pretty awful image below the fold. A pair of bottlenose dolphins were found dead in Florida. They had been either shot or stabbed.

The NOAA’s Office of Law Enforcement put out a statement regarding the animals and offering a reward of up to $20,000 for any information that might help identify the people responsible.

The first dolphin was discovered by biologists with the Florida Fish and Wildlife Conservation Commission in Naples, Florida. It had a large puncture wound in its head, believed to be caused either by a bullet or a sharp object. A few days later, Emerald Coast Wildlife Refuge experts found another dead dolphin in Pensacola Beach, Florida. This one had a bullet lodged in its left side. 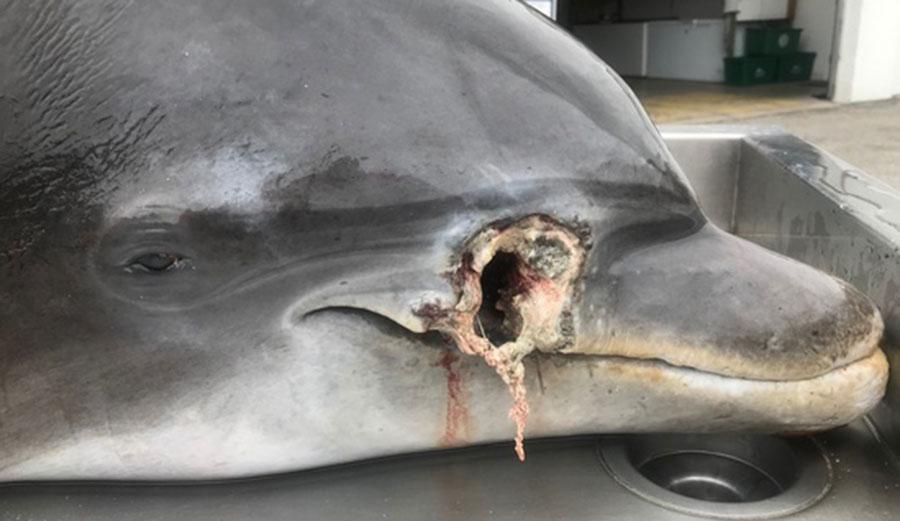 The first dolphin is believed to have been either shot or stabbed. Photo: Florida Fish and Wildlife Conservation Commission/NOAA

Strangely (or perhaps not, depending on your view of humans, I suppose), this isn’t the first time — not by a long shot. “Since 2002, at least 29 dolphins (including these) have stranded in the Southeast U.S.,” The National Oceanic and Atmospheric Administration wrote. “There is evidence they were shot by guns or arrows or impaled with objects like fishing spears. Four incidents have occurred within the last year.”

Of course, doing basically anything with dolphins other than accidentally being near them is illegal. Harassing, feeding, hunting, or killing wild dolphins, or even just attempting any of those things is prohibited under the Marine Mammal Protection Act. And the fines aren’t just a slap on the wrist, either. If you’re prosecuted, you can be dinged up to $100,000 and get locked up for a year. Back in 2009, a fishing captain was given a jail sentence for throwing homemade pipe bombs and throwing them at dolphins.

NOAA officials are seeking information from anyone who may have details about these incidents. Please call the NOAA Enforcement Hotline at (800) 853-1964. Tips may be left anonymously.