After Four-Year Search, a New Massive Sunfish Species Was Discovered 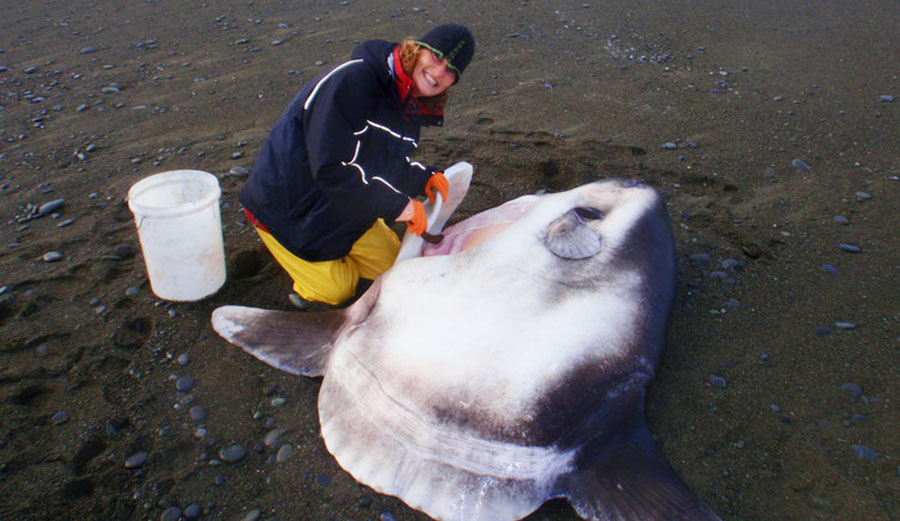 Every year, thousands of new species are discovered. Most of the time, however, they don’t weigh two tons. For the first time in 130 years, a new species of the enormous sunfish has been discovered.

The common sunfish, also known as the mola, is the largest bony fish in the ocean. Tipping the scales at anywhere from around 500 to 2,500 pounds, they generally call warmer waters home. In spite of their enormous size, they’re surprisingly difficult to find. They dive deep for food, then return to the surface where they turn on their sides to warm up. For a long time, there were thought to be three different species–but now, thanks to a Ph.D. student named Marianne Nyegaard, researchers have proven that a fourth species has been hiding out among them all along.

“…when I began my Ph.D. doing population studies on sunfish off Bali in Indonesia, I didn’t expect to discover an entirely new species,” Nyegaard wrote for The Conversation. “What began as something of a side project turned into a four-year treasure hunt, flying thousands of kilometers to track down evidence with the help of dozens of people.”

Nyegaard, along with a team of researchers she headed up, studied more than 150 sunfish DNA samples and found something surprising: a new species outside of the established ones. “As part of my Ph.D. research, I analyzed more than 150 samples of sunfish DNA,” she explained. “Genetic sequencing turned up four distinct species: Masturus lanceolatus, Mola mola, Mola ramsayi and a fourth that didn’t fit with any known species.”

Then, though, came the hard part. While the new DNA was basically proof, the team wanted to actually see the new species that, for obvious reasons, they’d named the hoodwinker sunfish. She spent the year asking around the globe for any information, then finally had a hint of success. “Observers from New Zealand and Australian fisheries were sending me pictures of sunfish they found out at sea, usually just a fin in the water,” she wrote. “But on one occasion they hauled a tiny fish on board to free it from a fishing line and got a brilliant photo of the whole thing along with a genetic sample. This fish had a little structure on its back fin that I’d never seen on a sunfish before.

Then, the real treasure: a New Zealand fishery rang her up and told her that four sunfish happened to wash up dead in Christchurch. She packed her bags and boarded a plane, hoping that one of them might be her elusive hoodwinker. As it turned out, one of them was.

“I flew down to Christchurch, landed at night and drove out on to the beach,” she wrote. “I saw my first hoodwinker sunfish in the headlights of the car – it was incredibly exciting.” 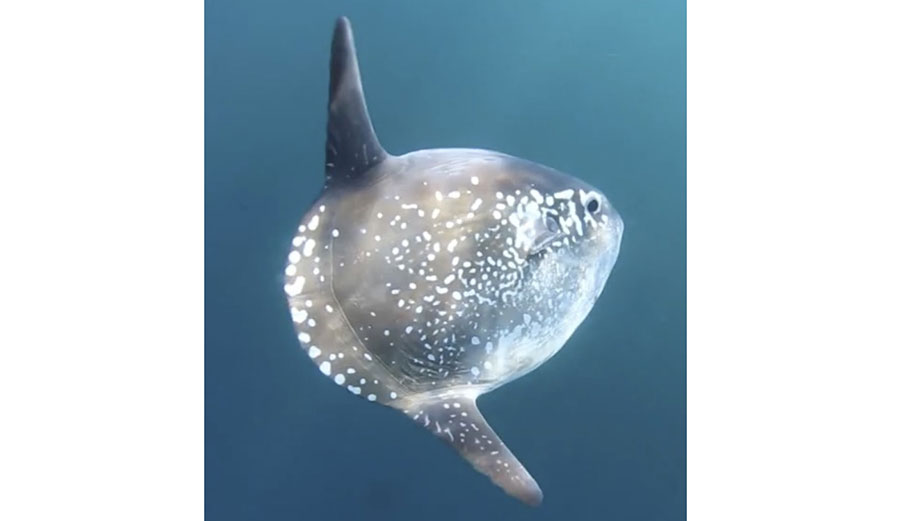 A hoodwinker sunfish off the coast of Chile. Image: ExploraSub

Since then, they’ve found enough of the new species to learn quite a bit about them. “We found enough fish to describe this species on a size spectrum of 50cm to nearly 2.5m. Unlike the other species, they don’t develop lumps and bumps as they grow,” Nyegaard wrote. “Instead, their body dimensions stay pretty much the same between juveniles and adults. Their back fin is separated into an upper and lower part, with a small flexible piece of skin, which we have termed the ‘back-fold’, connecting the halves. We don’t know exactly what their range is, but it seems to be the colder parts of the Southern Hemisphere. We’ve found them all around New Zealand (mostly around the South Island), off Tasmania, South Australia, Victoria and New South Wales (Australia), South Africa and southern Chile.”