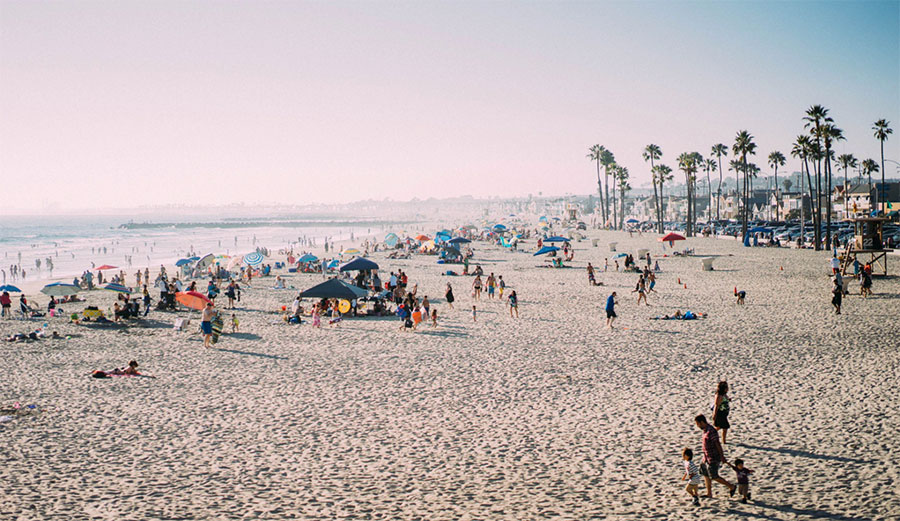 Many California beaches looked a little like this despite the order to shelter in place. Photo: Herson Rodriguez

As California sits under a state order to shelter in place, many Californians are converging on beaches, parks, and hiking trails.

On March 20, California Gov. Gavin Newsom issued the order to some 40 million residents to try and flatten the curve of the Coronavirus pandemic, but with thousands of people off work and many stores closed, public places were packed. Californians, of course, like being outside, so it’s not particularly surprising.

Los Angeles Mayor Eric Garcetti didn’t pull any punches when he saw what people were doing. “This weekend we saw too many people packing beaches, trails, and parks,” the Mayor tweeted on Sunday night. “That doesn’t mean gather elsewhere. This is serious. Stay home and save lives.”

Health officials recommend staying home whenever possible and if you do need to leave the house, staying at least six feet away from anyone else. Garcetti went on to announce the closure of sports and recreation areas at Los Angeles parks, as well as the parking lots at city beaches.

It wasn’t just Los Angeles that addressed the concerning number of people flocking to the beaches despite the threat of spreading the virus. The city of Santa Monica closed beach parking on Sunday while Malibu officials ordered that “social distancing (6 feet between people) be practiced at all times while outdoors, including in the grocery store, on the beach or on the trails.”

The city of Malibu released a statement explaining why beach parking lots are closed and not the beaches themselves. “The City does not own or operate the County beaches, California State Parks, Mountains Recreation and Conservation Authority trails and parks, or the State-owned Malibu Pier and Point Dume Nature Preserve, or National Park Service-owned areas including Solstice Canyon,” the statement read. “The City shares the concerns about the need to limit visitors and crowds. The City is working with State and County elected officials and urging them to address the issue of people not abiding by social distancing guidelines while using outdoor spaces and stay at home orders.”

San Clemente Mayor Dan Bane echoed the sentiment that cities can’t close beaches, but it’s likely that if people continue to ignore the shelter in place order, the state will step in. “To be clear, the city does not have the authority to unilaterally close the beaches,”  he wrote on Facebook.  “If people do not self-quarantine and continue to congregate in public areas, particularly at beaches, my expectation is that the state (or County health official) will completely close the beaches at some point for everyone.”

Long Beach Mayor Robert Garcia followed suit and announced on Sunday night that skate parks, dog parks, playgrounds, picnic areas as well as volleyball, tennis and basketball courts would all be closed in an effort to discourage team sports.

“To be clear,” Garcia tweeted, “the Governor and City’s order does allow people to go for a walk or visit a park or beach. However, you must still use social distancing. You can’t play team sports, and you must stay six feet apart from anyone else.”

There are, apparently, still a few people who disagree that social distancing is a necessity. “Lawyers told him to say ‘social distancing’ when they really meant ‘illegal quarantine’, Ron Bassilian, Chairman of the 54th AD Republican committee, an all-volunteer organization of local Republicans, responded. “Go ahead mayor, start using your cops to push law-abiding citizens into their homes. Make my day.”