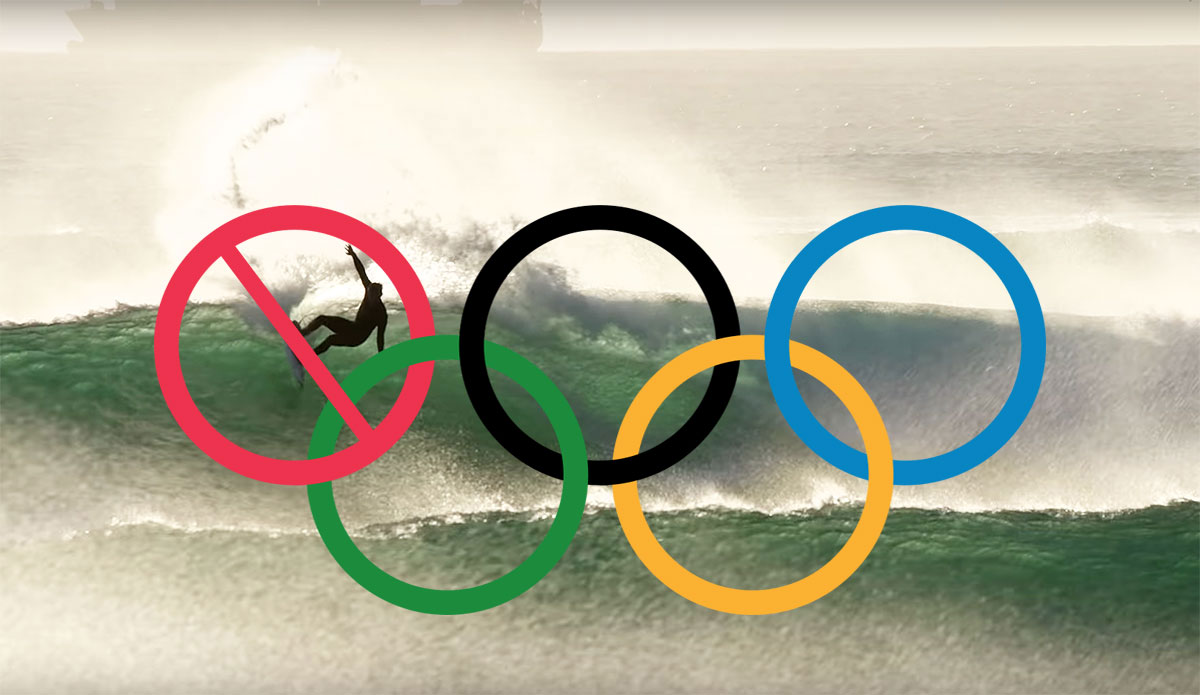 A senior member of the International Olympic Committee said that it is possible the 2020 Tokyo Olympic Games could be canceled because of the coronavirus. Image: screenshot/Wikimedia Commons

As the Coronavirus makes its way around the globe, there are concerns that the outbreak could affect the Olympic Games in Tokyo this summer, which, for the first time, include surfing.

The longest-serving member of the International Olympic Committee, former swimming champion (and a man who should probably go by Richard), Dick Pound, told the Associated Press that there are a few short months in which to decide whether the Tokyo Olympics can go ahead. “In and around that time,” he said, “I’d say folks are going to have to ask: ‘Is this under sufficient control that we can be confident about going to Tokyo or not?’”

As of this reporting, novel coronavirus, or COVID-19 has infected some 80,000 people around the world. It has killed nearly 3,000, with China being the hardest hit. According to the World Health Organization, “Coronaviruses (CoV) are a large family of viruses that cause illness ranging from the common cold to more severe diseases such as Middle East Respiratory Syndrome (MERS-CoV) and Severe Acute Respiratory Syndrome (SARS-CoV). A novel coronavirus (nCoV) is a new strain that has not been previously identified in humans.”

Coronaviruses can be transmitted between animals and people, and signs of infection include fever, cough, and shortness of breath. In extreme cases, the infection can “cause pneumonia, severe acute respiratory syndrome, kidney failure, and even death.”

Authorities reported that as of February 25, there are 156 confirmed cases of coronavirus in Japan, along with 691 confirmed cases among passengers on the Diamond Princess cruise ship, which arrived in Yokohama on February 3.

If the outbreak becomes a pandemic — and many in the scientific community are warning that it could — the Olympics Games could be canceled. “A lot of things have to start happening,” Pound said. “You’ve got to start ramping up your security, your food, the Olympic Village, the hotels. The media folks will be in there building their studios.”

Pound went on to explain that if the IOC makes the decision that the Games cannot happen in Tokyo, “you’re probably looking at a cancellation.”

Athletes, however, aren’t being told to stop training just yet. “As far as we all know, you’re going to be in Tokyo,” Pound said to them. “All indications are at this stage that it will be business as usual. So keep focused on your sport and be sure that the IOC is not going to send you into a pandemic situation.”

This is not the first time the Olympics have been threatened by an outbreak. The 2016 Rio Games in Brazil moved ahead despite fears surrounding the Zika virus. If Tokyo 2020 is called off, it would be the first cancellation of the Olympics since 1944 when World War II shut things down. In 1940, WWII canceled the Olympics as well, and prior to that, the 1916 Games were scrapped because of World War I.

Japan’s chief cabinet secretary Yoshihide Suga, however, pushed back against Pound’s statements. “We would like to prepare steadily for the event, including offering information abroad regarding our measures against the spread of the coronavirus,” Suga said.

So far, Japan has spent somewhere between $12.6 billion to $25.2 billion, according to CBS. While the idea of simply postponing the Games has been floated, it’s simply not feasible, according to Pound. “You just don’t postpone something on the size and scale of the Olympics,” he told the Associated Press. “There are so many moving parts, so many countries and different seasons, and competitive seasons, and television seasons. You can’t just say, ‘We’ll do it in October.’”