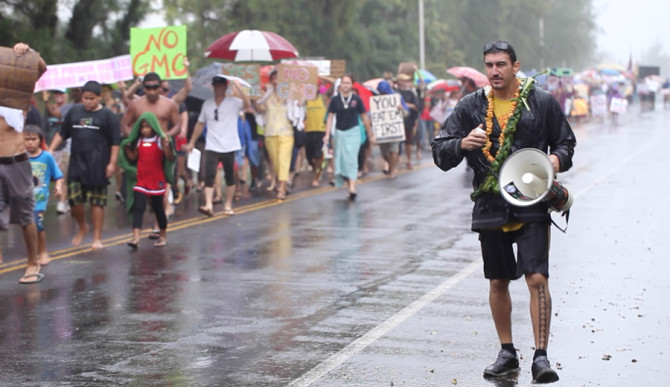 In a stunning election day over in Hawaii that saw Governor Neil Abercrombie ousted in the Democratic primary after four decades in office, surfer and environmental activist Dustin Barca advanced in the race for Mayor of Kauai. According to a report by The Garden Island, at their press time, incumbent Bernard Carvalho earned 10,466 votes while Barca earned 5,669 votes, 57.3 and 31 percent respectively. Fellow primary candidates Debralynn DeSilva Carveiro and Curtis Lake, combined for a mere four percent of the vote.

Barca spoke to TGI about the “baffling” results:

“It’s almost around what I thought, for now,” he said, with disappointment in his voice.

“I’m always disappointed. I always like to strive for perfection. I’m in no celebration whatsoever. I’m just learning from our mistakes.”

But it isn’t over yet. The mixed martial artist looks to put up a big fight leading up to the November 4 election. Barca appeals to Kauai’s local population through grassroots movements, from environmental activism to cultural revitalization, aligning Carvalho and the existing regime’s interests with non-native ones in the way of multinational corporations and external influences. His most impactful involvement has been in his stand against agribusiness on the islands, focusing on the employment of genetically modified organisms (GMOs).

Barca has greatly utilized his social media platforms, especially his Instagram account, in an effort to raise awareness among the island’s youth, and the surfing community has been instrumental in the WCT vet’s outreach.

This is Barca’s first bid for political office, though he has long been involved with local politics.

Of his chief concerns he lists:

For more information on Dustin Barca’s bid for mayor and his vision for a revitalized Kauai, check out Barca4Mayor.com.