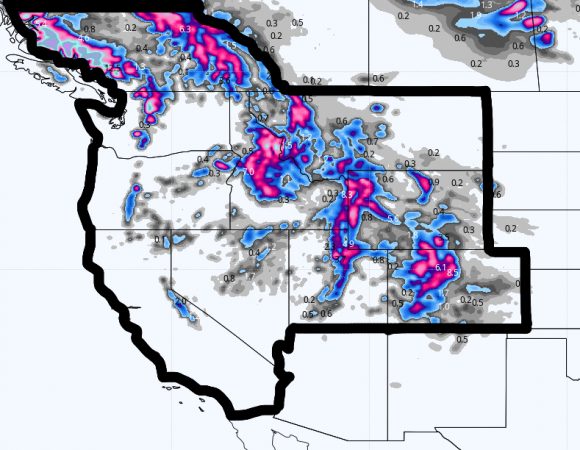 Winter is on its way, something surfers, snowboarders, and skiers can rejoice in. This will be of special interest to the snow enthusiasts, however. Videos of the first U.S. snowfall of the season in Colorado this September have already made their way around the web, and now, according to Powder Chasers, it looks like the first widespread snowfall is on its way.

Unlike the September snow, which didn’t stick around for that long, this snowstorm could bring accumulation to a large part of the Western U.S. including Washington, Oregon, Colorado, Montana, Wyoming, Idaho, and Utah. This is in part due to the fact that the snow will fall in a couple waves between Saturday and Tuesday, with the chance for 10-plus inches of snow in some areas.

This report may be of special interest to Californians as well. Although it doesn’t seem like there’s going to be enough snow in the Golden State to head to the mountains just yet, there is a chance for some precipitation in the form of rain. Not anything that’s going to guarantee an end to the awful fire season we’ve been experiencing, but hopefully enough to make a difference.