Huntington Beach Is Being Sued by the State of California 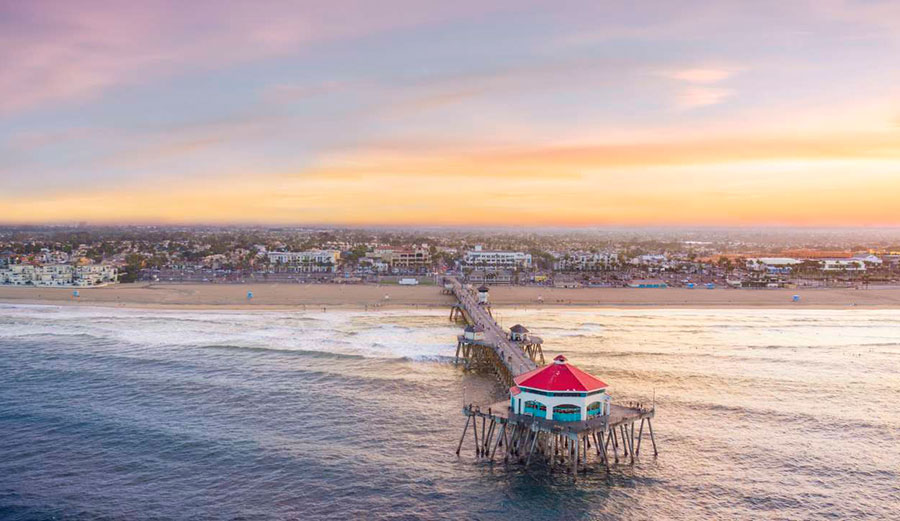 Huntington Beach, aka Surf City, USA, is the target of a lawsuit filed by the state of California. Image: SurfCityUSA.com

Huntington Beach, home of the US Open of Surfing, the very first live surf camera, and perhaps most famously, the place where Courtney Cox’s failed sitcom Cougar Town was filmed, is being sued by the state of California.

Governor Gavin Newsom pushed the state attorney general’s office to file the suit against the Orange County city because, according to the L.A. Times, “it is failing to allow enough new homebuilding to accommodate a growing population.” What that really means is that the city isn’t creating enough affordable housing. See, back in 2017, a few measures were introduced to help the ridiculous number of homeless people in California get a place to hang their hats, and Newsom’s pissed because he says Huntington Beach is basically ignoring the growing clamor of shopping carts filled with trash bags and the smell of urine in the corners.

“Many cities are taking herculean efforts to meet this crisis head-on,” Newsom said in a statement. “But some cities are refusing to do their part to address this crisis and willfully stand in violation of California law. Those cities will be held to account.”

The lawsuit is likely to be the first of a sweeping attempt to get cities in violation of the housing laws in line. Up until recently, the state couldn’t meddle in homebuilding because it was up to the local government of each individual city to sort it out. Now, however, it’s a state issue, and Newsom is coming out of the gates swinging. In a budget announcement in mid-January, he “threatened to withhold state transportation dollars from cities and counties that reject development and proposed allocating $1.3 billion as an incentive for local governments to accommodate growth and homeless services.”

Huntington Beach is not exactly a cheap place to live. According to Zillow and the L.A. Times, the median home value is $834,000. That means, of course, that renters are getting their wallets shredded by high rental costs while the homeowners dive into piles of gold coins and wash their butts with hundred dollar bills—which is their right to do, as homeowners in a place where the median home value is $834,000.

“The failure of local governments to plan for the necessary housing supply has been a key factor contributing to this crisis,” the lawsuit states.

It’s not a new issue, either. The City Council changed the zoning codes to reduce the number of houses allowed in 2015 in response to residents’ complaints about a proposed apartment complex that would provide at least a few humble doors for some of the alley-dwellers.

Like most issues, of course, it’s a two-sided coin. While would-be renters and already-renters are angry about the high prices, some residents don’t want the city to grow all that much. “We want to reclaim our town,” resident Lilli Wells said at the 2015 council meeting, according to the Orange County Register. “We want to keep the culture and flavor of our community.”