J-Bay Is Getting a Test Road Made With Recycled Plastic 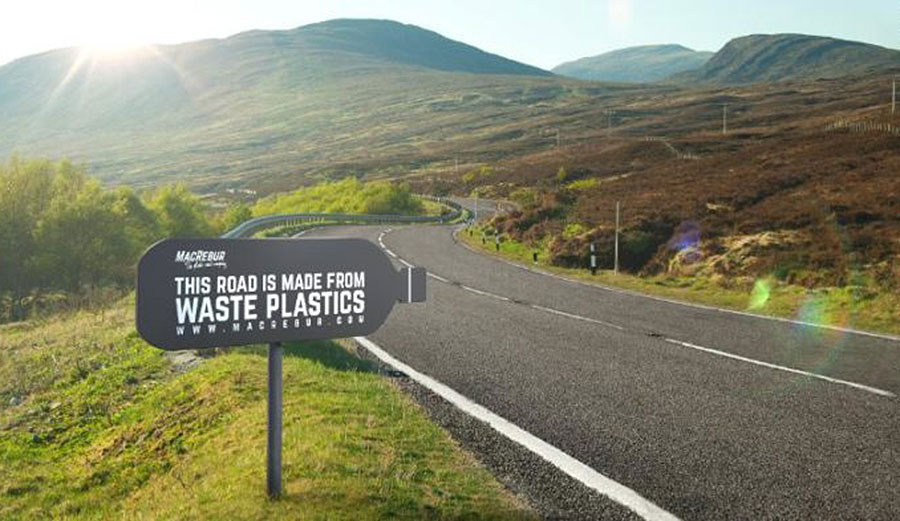 J-Bay’s getting a test road made from recycled plastic. Image: MacRebur

Jeffreys Bay commuters will soon be driving on a road of a different sort: one made of plastic waste. It will be the first recycled plastic road constructed in South Africa.

The news was announced by the Kouga Municipality on March 11. Officials hope that the construction will save money in the long run in the form of road maintenance costs.

“The backlog in road repairs for our region is estimated to be more than R500-million,” Kouga Mayor Horatio Hendricks said in a statement. “While Kouga is strong financially, we simply do not have the rates-base to deal with this backlog decisively. The DA-led Kouga Council has, therefore, been looking for innovative ways to slay this giant since taking power in the municipality in 2016.”

The municipality partnered with Scottish company MacRebur to build the plastic road and enlisted South African civil engineering experts to help. MacRebur has already built a handful of plastic roads across the United Kingdom and a few other locations around the world. According to their website, MacRebur’s mission is “to help solve two world problems; to help solve the waste plastic epidemic, and to enhance the asphalt used to make our road surfaces around the world.”

The road material is made using recycled plastic to form pellets, which are added to the asphalt mix. According to Cape Town Etc., a Western Cape region publication, “plastic roads not only reduce the plastic in the environment but also last longer and use less materials than normal tarred roads.”

Back in 2017, Vicky Knoetze, a member of the Eastern Cape Legislature, brought the idea of plastic roads to the table. At the time, the Provincial Legislature closed the door on it, but Knoetze didn’t give up. She organized a meeting between MacRebur and officials from the municipality and after a little explanation, it was decided that they’d give a test road a try.

“I am delighted with the outcome and that Kouga has agreed to become the first municipality in South Africa and the continent to put the technology to the test,” Knoetze told Cape Town Etc. “Essentially we will be doing what we have done for years and will be doing till the end of days, which is building roads, just in a much more efficient and effective way.”

If the Jeffreys Bay trial proves successful, it is expected that the rest of South Africa will follow suit. It does seem like a bit of a no-brainer, though. Taking otherwise useless plastic that will remain in our oceans and landfills for hundreds of years to come and making it into something useful just makes sense—and hopefully saves a few cents.