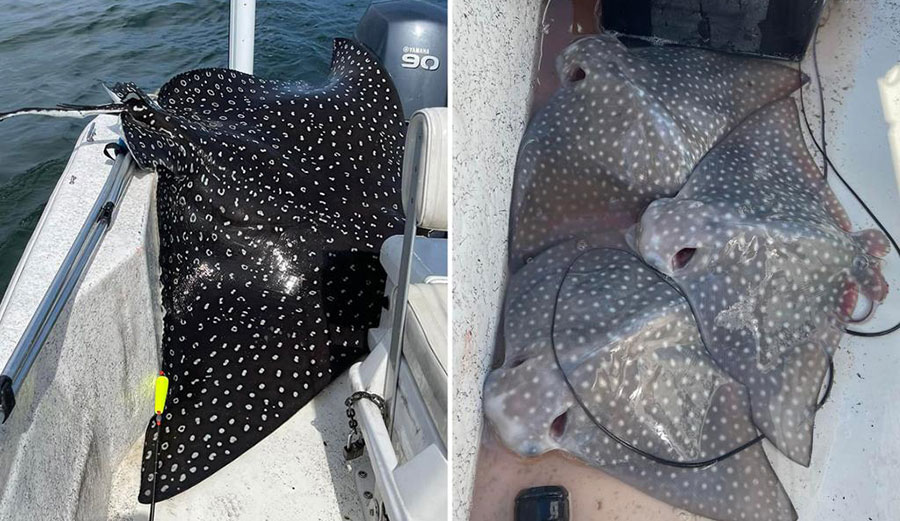 Spotted eagle rays are a pretty rare thing to see in the wild, so when a family from Alabama entered into the 2022 Alabama Deep Sea Fishing Rodeo, they certainly didn’t expect one to come flying into their boat. But that wasn’t the strangest part — the ray ended up giving birth on the deck.

The ray decided to take its excursion onto the Jones’ family boat off Dauphin Island, Alabama. April Jones, her son, husband, and father-in-law were in the craft when the 400-pounder jumped in. April Jones was in the way of it, but luckily she escaped without serious injury.

“We were out fishing off the coast of the Sand Island Lighthouse on Friday and I wasn’t catching anything,” Jones told Fox News Digital. “But my husband, husband’s father and son all were.”

Since Jones wasn’t catching anything, they decided to pack up and head to a different spot. “As we were pulling away,” Jones continued, “there was a hard hit and a water splash. I felt something hit me, and then I see this big blob flopping around in the back of the boat.”

Since the ray weighed 400-pounds or so, she wasn’t able to get out of the boat. The family tried to help her, but she was simply too heavy to lift over the edge.

“We made some calls for help to try getting it out,” Jones explained, “but she was so heavy that she was also weighing the boat down, and we were getting water in the back.”

The family made the smart decision to get back to shore as fast as they could. It took nearly 20 minutes and they wanted to make sure the ray didn’t die. They took turns dumping water on her and once they reached land, they were able to find people to help get her back into the water.

It was then that they noticed she’d given birth to four baby rays. “We found out she had delivered four babies,” Jones said. “We had no idea when she did it. They weren’t moving.” 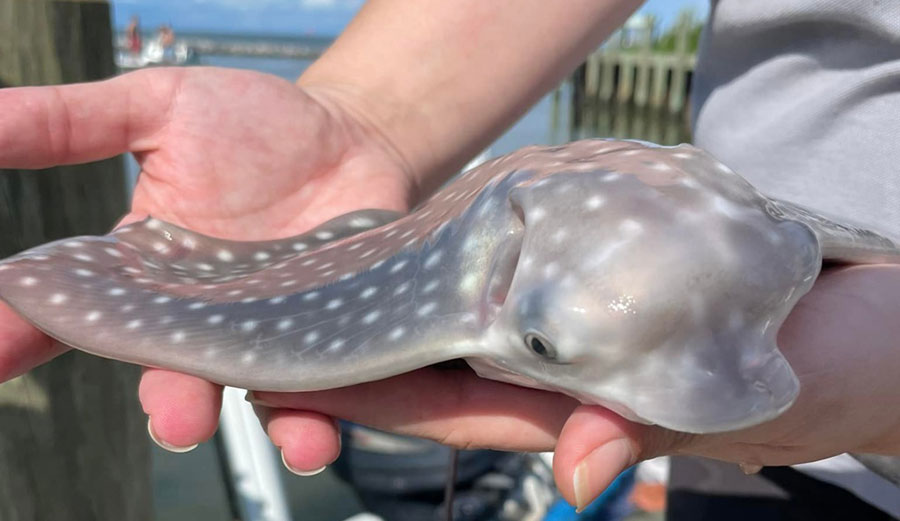 When the babies were determined to be dead, they were donated to the Alabama Sea Lab. Photo: April Jones/Facebook

The Sea Lab – a center for marine science education and research – happened to be within view of where they docked, so the staff came out to have a look. They determined that the babies weren’t alive, so they were donated for research purposes. The Sea Lab officials told media that it would use them “to show kids and tell the story about [the] mom — and how rare it was to see an eagle ray.”

Pregnant rays are known to give birth when under stress. It’s likely that the ray jumped out of the water because a remora (or sucker fish) had attached to her, and they’ll let go when a ray exits the water. It was pure bad luck that the ray happened to land in the boat.