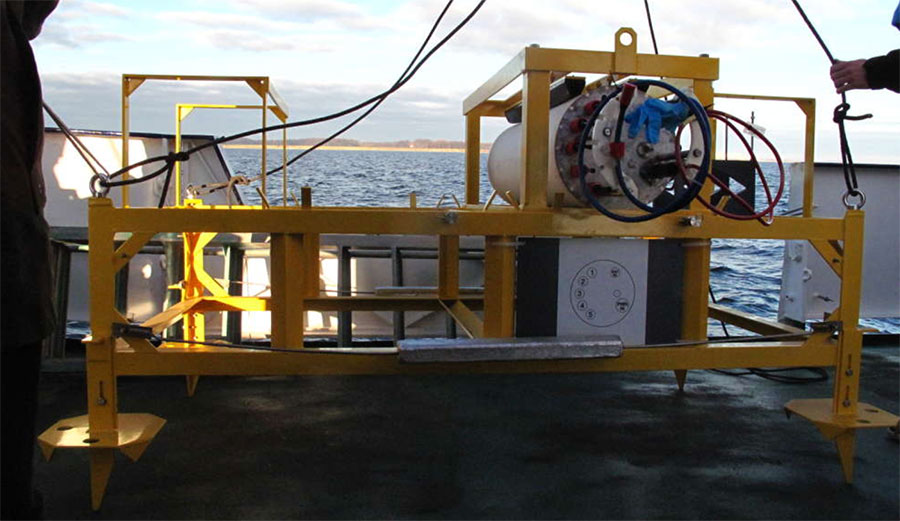 Scientists are baffled at the disappearance of two very large piece of equipment that sat in the Baltic Sea since 1957. Photo: Research Dive Center of the CAU

On August 21, a marine observatory sitting on the seafloor of the Baltic Sea suddenly stopped transmitting. It’s been there for decades, quietly recording data since 1957 and shooting it topside to hungry researchers studying temperature, salinity, nutrients, chlorophyll, and oxygen in Eckernförde Bay off Germany’s Baltic coast. But when divers were dispatched to figure out what happened, they found something odd: the remote sensors that took recorded the data had been “forcibly removed.”

“On August 21 at 8.15pm it stopped the data transmission,” said Boknis Eck coordinator Hermann Bange in a statement. “When the divers reached the bottom of the sea last week at the observatory’s location, they found only the torn off land cable. It was completely shredded.”

These weren’t tiny little sensors, either. Two racks, weighing 550 and 220-pounds, were torn from their cables and have completely vanished. One of them supplied the power to the monitoring station and the other housed the sensors. Since they’re so big, the researchers trying to figure out what happened haven’t totally ruled out the possibility that they were ripped away by “storms, currents, or large marine mammals,” but experts say that’s very unlikely. They have, after all, been sitting down there since the late-’50s and have weathered all sorts of storms.

The equipment is worth over US$300,000. “However, the data that we collect is downright priceless,” Bange said. “They help research to register changes in the Baltic Sea and possibly take countermeasures.”

The research station is one of the oldest active marine science sites in the world. Despite the disappearance of the equipment, researchers are hoping to get it back up and running as soon as possible.