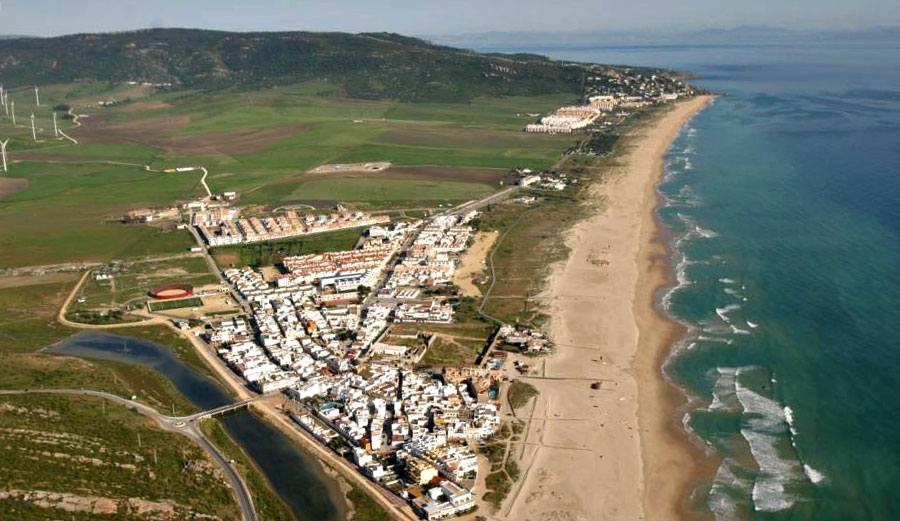 The beach at Zahara de los Atunes was sprayed with bleach to kill Coronavirus as lockdown measures are easing. Photo: Wikipedia Commons

Authorities in a tiny Spanish town called Zahara de los Atunes did something a little weird recently: they sprayed bleach all over a mile-long stretch of bleach.

According to Spanish media outlets, it was done to protect people from COVID-19 at the end of April. Using tractors, a solution of two-percent bleach was used to douse the 1.2-mile stretch of sand in the Andalusian province of Cádiz. “Local authorities claim it was done to protect children who were set to be allowed outside for the first time in six weeks after lockdown measures were eased,” wrote Tom Hale for IFLScience.

The move came a few days after Donald Trump’s confusing semi-suggestion that disinfectants could be used inside the body to combat Coronavirus.

“And then I see the disinfectant, where it knocks it out in a minute,” Trump said after a presentation from William N. Bryan, an acting undersecretary for science at the Department of Homeland Security, detailed the virus’s possible susceptibility to bleach and alcohol. “One minute. And is there a way we can do something like that, by injection inside or almost a cleaning? Because you see it gets in the lungs and it does a tremendous number on the lungs. So it would be interesting to check that.”

Trump later said his comments were sarcastic. While it is true that certain disinfectants can kill Coronaviruses, environmentalists were stunned at the decision to spray bleach all over the beach. Spain recently announced a four-phase plan to end lockdown measures by the end of June. So far, nearly 24,000 people have died in Spain due to the Coronavirus.

“Bleach is used as a very powerful disinfectant, it is logical that it be used to disinfect streets and asphalt, but here the damage has been brutal,” María Dolores Iglesias, who heads an environmental volunteer group in the Cadiz region, told Spanish media. “They have devastated the dune spaces and gone against all the rules. It has been an aberration what they have done, also taking into account that the virus lives in people, not on the beach. It is crazy.”

The move caught the attention of Greenpeace, and they weighed in via Twitter. “Fumigating beaches with bleach in the middle of the bird-breeding season or during the development of the invertebrate network that will support coastal fishing is not one of Trump’s ideas,” Greenpeace Spain wrote. “It is happening in Zahara de los Atunes.”

To their credit, officials have owned up to the stupidity of the blunder. “I recognize that it was a mistake,” said municipal official Agustín Conejo to El País, “but it was done with the best of intentions.”

Owning up to it, however, doesn’t fix it. The beach is a nesting area for a protected shorebird called a black-backed plover, among other things.

“It is a very sensitive area where the plover breeds every year,” said Daniel Sánchez Román, delegate in Cádiz for Sustainable Development of the Board, according to El País. “It is an environmental aberration.”