Are Surfers Generous? The Boardriders Clubs of Bali Make Generosity the Mission 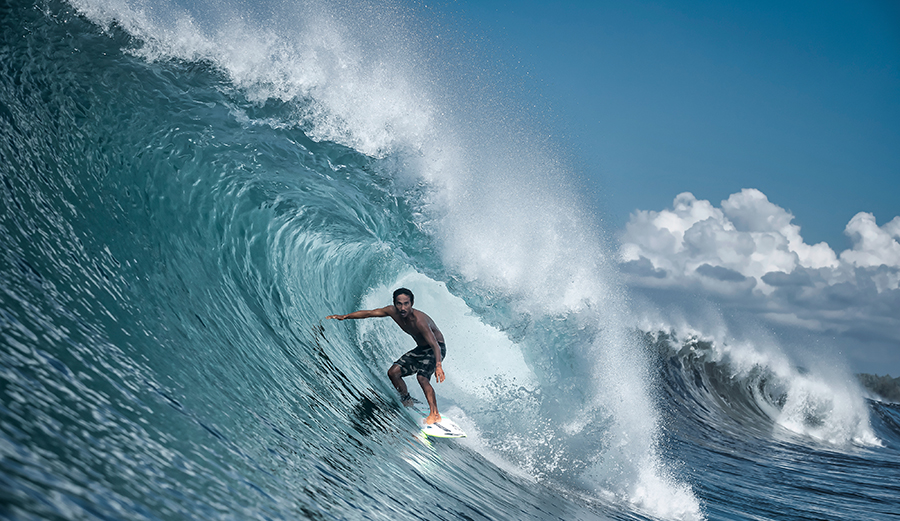 Involved in not only in the surf, Legian Boardriders member Blerong Darmaputra is contributing to the future health of his island home. 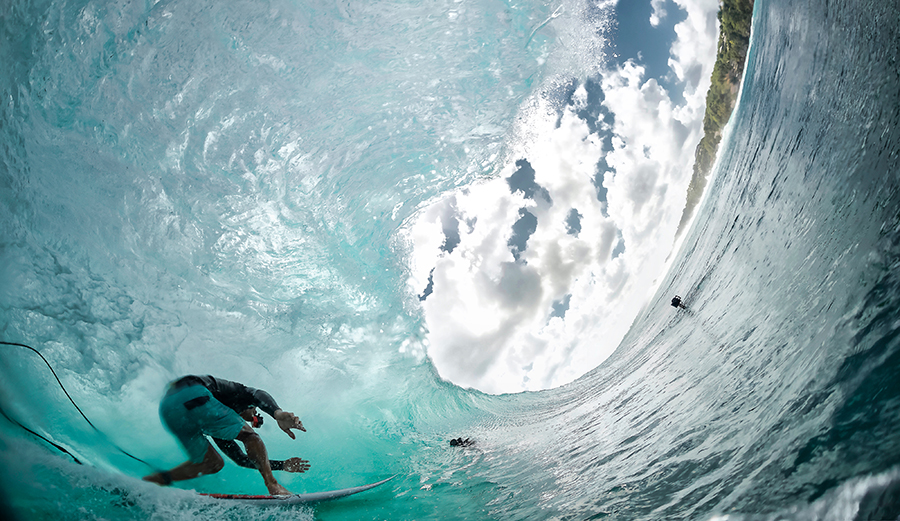 Rip Curl Padang Padang Cup winner and top spokesman for the Kuta Boardriders, Garut Widiarta is a force when it comes to community involvement. “Surfing is a matter of balance,” he says, “so is living a meaningful life within your family and community.” 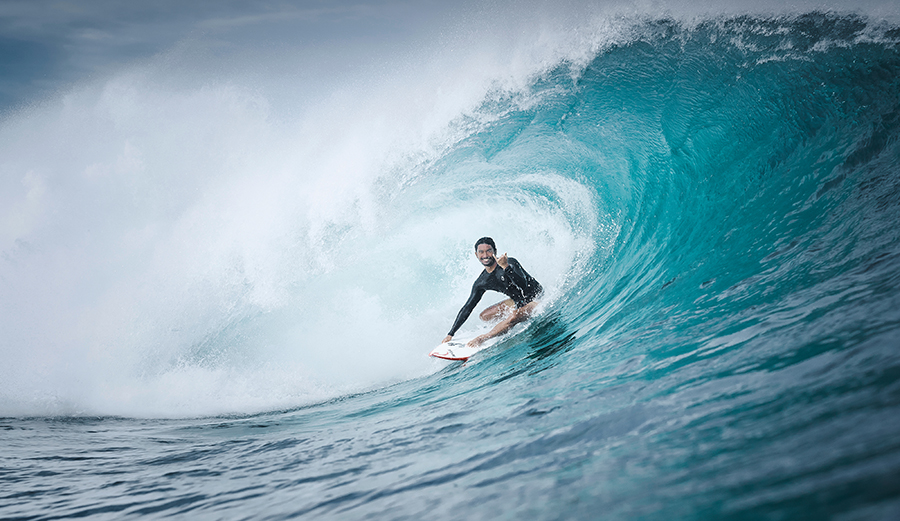 Ketut Agus reflecting on the joys of not only giving, but receiving. 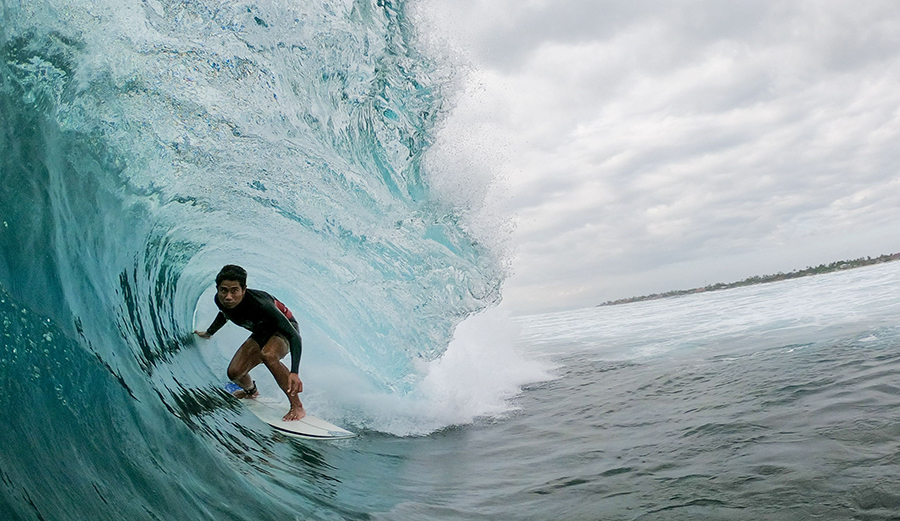 Komo Wilson, President of the Nusa Lembongan Boardriders, was quick to organize one of Project Nasi’s most vital missions: a boatlift of aid to help his hard-hit community on Bali’s sister island. 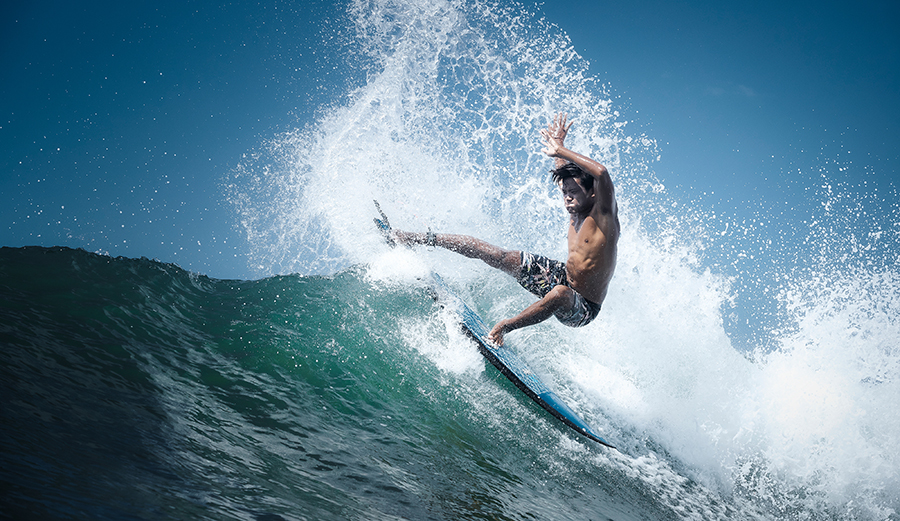 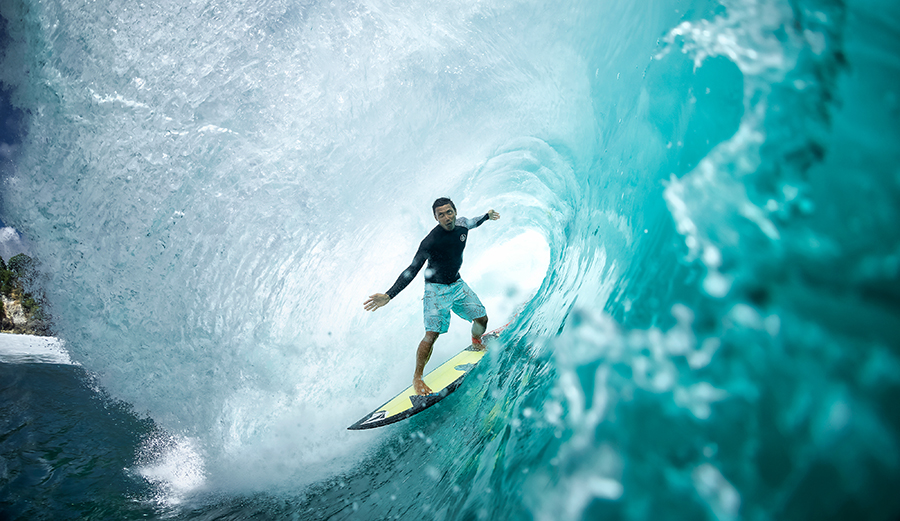 Two-time winner of the Rip Curl Padang Padang Cup and still the Gerry Lopez of Bali, style master Made Winada Adi Putra serves as an inspiration both in and out of the water. “A father must teach by example,” he says. “But we must not forget to be an example to ourselves”. 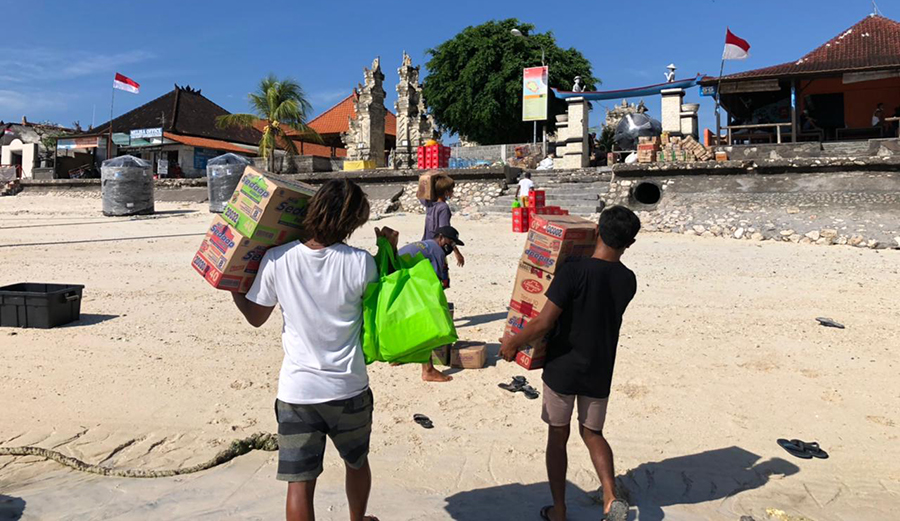 Dry, hot, and dependent on surf tourism, the little island of Nusa Lembongan was all but forgotten during the first year of the Pandemic. Project Nasi’s first boatlift delivery was a much needed relief. 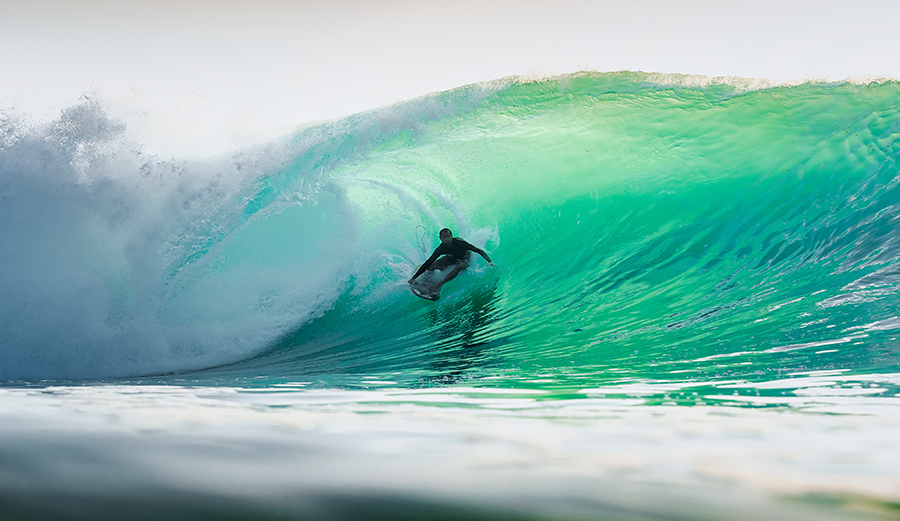 The Padma Boardriders resident deep thinker, Nyoman Satria, reflects on the experience of giving. “History has shown us that war and conflict is in our DNA,” he says “Why doesn’t harmony live there too?” 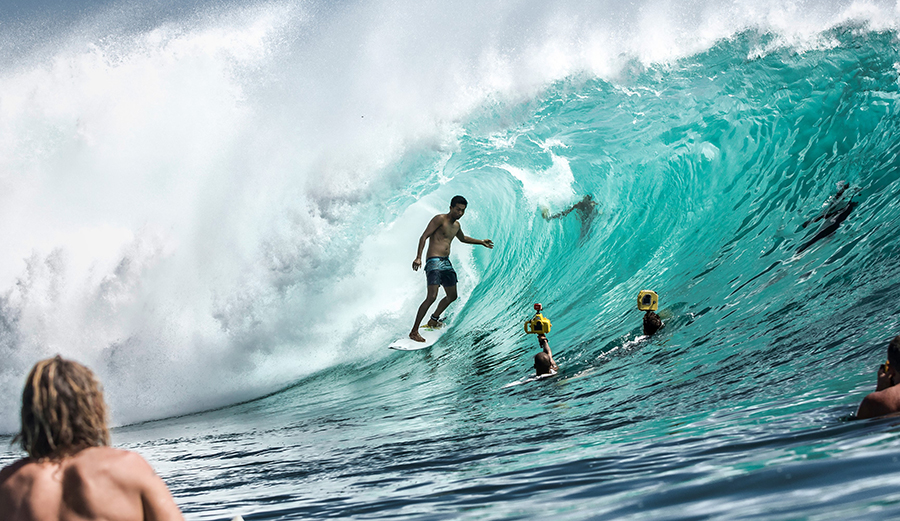 President of the Halfway Boardriders club, hotshot Rahtu Suargita turns to his Balinese Hindu beliefs as he leads his team into the aid effort. “Tri Hita Karana is our way,” he explains. “Having harmonious relationships between you and the Gods, you and others and you and nature.” 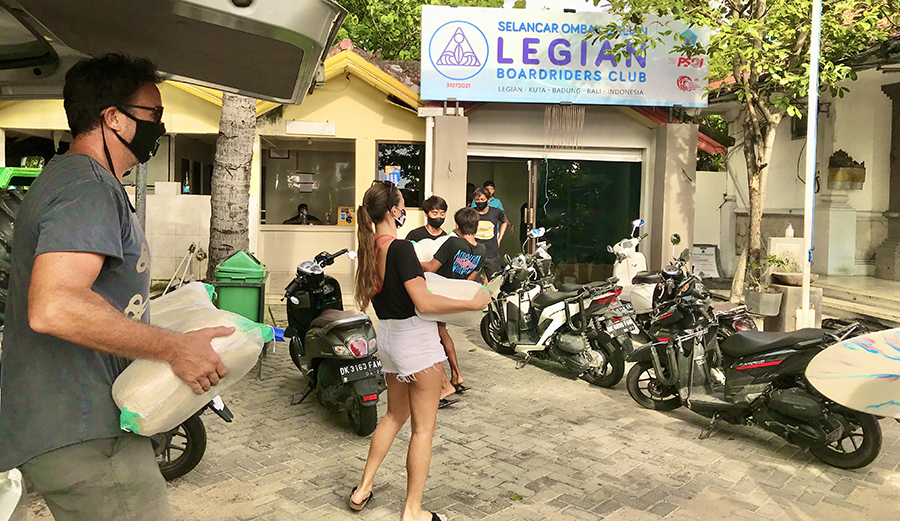 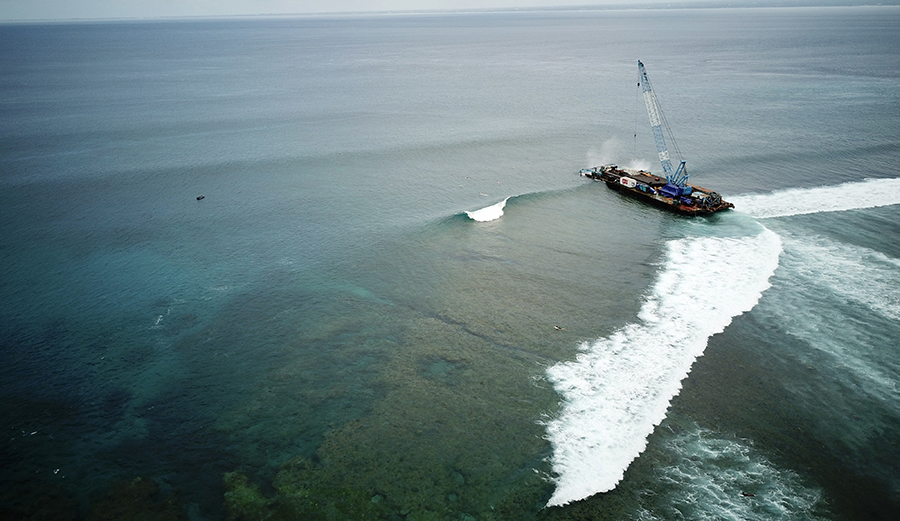 On Nusa Lembongan, a surf spot ironically known as Shipwrecks still holds a recent shipwreck that awaits salvage. The local Boardrider Club, inspired by Project Nasi, have become deeply involved in the efforts to remove it with minimal damage to a reef that attracts tourists and sea life that provides most of the protein for the island. 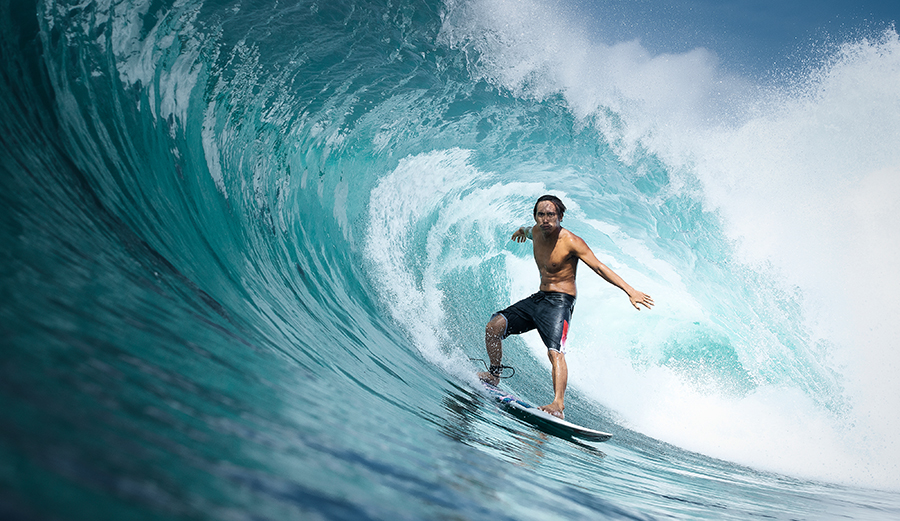 Tonjo Darmaputra, a dynamic surfer who looks forward to a dynamic future as his Padma Boardriders club evolves into a force for community well being.

As the season of giving has passed, the experience begs the question, are surfers generous by nature? Certainly not in the lineup. We know that much. When it comes to sharing waves, an act unheard of in our sport, dog-eat-dog can be found at every surf spot in the world. Take or go without. Such is our lust for the objects of our desire. Waves, like one night stands, most often give us acts of love without the honor they truly deserve.

The reason for this greed is simple. There just aren’t enough waves to go around. Which is an extraordinary thought when one considers the vastness of our oceans. And this is what has driven us to all the points of the compass in order to try and find solace. To make unchallenged love in a place with plenty of elbow room. Even the most famous quote in surfing’s history reflects the pipe dream of “mine, all mine.”  It was John Severson who in 1960, in the first issue of SURFER magazine, ended it with the crescendo, “In this crowded world, the surfer can still seek and find the perfect day, the perfect wave, and be alone with the surf and his thoughts.”

Fat chance these pandemic days. Unless you are either wildly wealthy or wildly resourceful.

Face it, an average of, say, four ridable waves per set will never feed the multitude from Trestles to Winkipop. And so our behavior becomes primal. A matter of survival. Get the high you need, or go cold turkey.

Surfers are extraordinarily motivated when it comes to getting waves. But back on land, when it comes to the hands-on work, the heavy lifting of helping out during hard times, surfers as community members can be lacking. Even the top pro’s efforts often come down to uninspiring Instagram posts, or lending their name to an effort or showing up at a protest and braying into a megaphone for a minute or two. Surfers clearly worship their individuality, but as a mostly apolitical community, does this individuality result in community isolation? Where the problems of the world seem to have nothing to do with them as long as they’re getting their quota?

And yet, there remains hope for the common man. And an example is being set by, of all things, the Boardriders clubs of Bali. “Yeah, I think surfers are built to be generous, it’s just a matter if they want to be,” says Sam Mahony, Co- Founder of the non-Profit Project Nasi in Bali, “but they just need the platform. I mean, look how many rescues just normal everyday surfers do a year, or how they always paddle toward shark attacks to help their buddies or even strangers.”

When describing the success of Project Nasi, an organization created by surfers that for over two years has been delivering rice, food, and basic survival supplies to the pandemic needy, Mahony points out that Bali’s cultural structure has a lot to do with it.

“The Boardrider clubs here have adopted the philosophies of the Banjar system. With the island divided into thousands of family oriented, self-governed neighborhoods. They jumped at the opportunity to help during the pandemic,” says Mahony, “because the clubs are already set up like families and with thousands of temples here, way stations and distribution centers are practically on every corner.  So it’s been relatively easy compared to the rest of the world for surfers to pitch in. But in the end, helping during a crisis always just comes down to elbow grease and I think surfers have plenty of that when suitably motivated”.

So obviously it isn’t all bad news out there. But obviously there isn’t enough good news either. As a tribe we could change this. Adopt generosity as one of our unspoken creeds. Find power in it. Build the empowerment of others. Of the generations to come. Can you imagine a new world where surfers are regarded as far more than misunderstood goofballs? Imagine taking our place at the table of honor? Protecting the ocean and each other wherever we come from or wherever we find ourselves? Seeking not to be alone with the surf and our thoughts, but to be with each other as a force for humanity?

Just something to consider.

If you’ve ever surfed a wave in Bali, or want to some day, go to Projectnasi.org and do the right thing. It’s tax deductible.