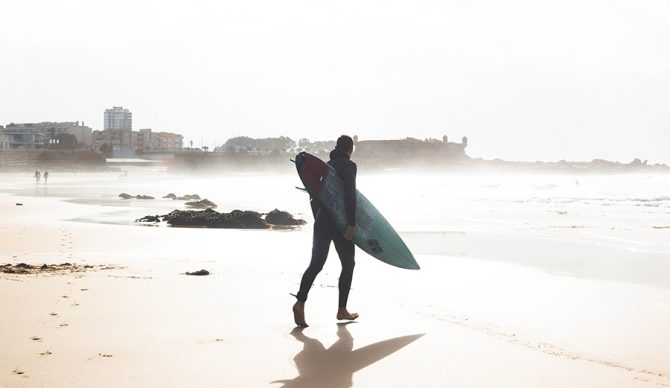 In a recent piece I wrote on The Inertia, I looked at how the Portuguese government had launched two new visas to allow digital nomads to stay or settle for a certain period in the country. To qualify for either visa, remote workers are required to prove a monthly income four times the amount of the current minimum income in Portugal, which is around €705 per month.

The article, of course, had a surfing spin to it. Because that’s what we care about. And it provoked a strong reception from local surfers.  For some reason, I failed to take into account the effects that such a visa, or past regulations regarding immigration, have had on Portuguese locals. And so the article, and me, became a lightning rod for a whole range of surfing and socio-economic issues.

In short, the piece lacked local perspective (and I mentioned a certain wave I shouldn’t have). Multiple threats of having various fin setups shoved up a single orifice alerted me to the deficiencies of the piece. All this from a place that has provided me with fantastic surfing memories over the last decade. Some of my best friends are Portuguese. Or at least were. So with that said, let’s take a look at how these visa laws are impacting people in Portugal who like to ride waves.

Ignoring the whole publicizing waves angle, which usually veers into surf-localism-at-its-worst, it’s the issue of affordability and lack of access infrastructure that I think was the most glaring omission. Which also may a be an issue for every citizen, not just surfers.

“I am Portuguese and this is beyond offensive! The minimum wage is 705€. A place like a studio, with basic conditions, is at least 600/650€! The government has ignored important construction like schools, hospitals, and houses to build more and more hotels, hostels, and apartments for you guys! I feel like I barely survive in my own country, but when it turns out to foreigners, they OFFER YOU MONEY TO LIVE HERE!!!!,” posted one local. 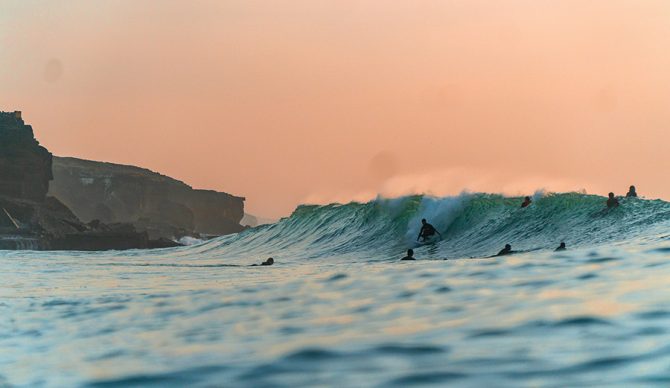 “Welcome to Portugal, but leave screwing up our way of life. 700€ is still the minimum income, it’s ridiculous having the wages of Zimbabwe while paying the rents of Manhattan,” posted another.

It’s a big topic. Surf tourism (and tourism in general) has had a massive impact on the area, both positive and negative. After all, few surf destinations have marketed themselves better than Portugal (have you seen the HBO special?). In one of the few studies available online, German Academic Katja Schmidt recently completed a master’s thesis that looked at the Ericeira World Surfing Reserve in terms of sustainable surfing tourism.

Schmidt found that there had been a strong growth in surf tourism. I’ve seen for myself the ever-expanding development surrounding Ericeria and been caught in the bulging traffic. Tourism has had the positive effect of breaking seasonality and the creation of jobs. I know for a fact that many of the commenters incensed by my article either own surf schools or work with them.

However, on the flip side, Schmidt found that uncontrolled growth has placed great pressure on the environment, the economy, and socio-cultural segments of society. She concluded that the “number of tourists and the frequent bad behavior associated with them, means that the local community does not feel respected. Furthermore, gentrification means that the local population will gradually move from the center of the village to the outskirts because they cannot pay the prices currently charged. There is also, associated with this, the loss of local identity. Many of these aspects are a consequence of exceeding capacity limits.”

I’d say the Digital Nomad visa would only cause to exacerbate those issues. And publicizing its existence obviously won’t help. Still the visa is coming, and the issues remain. The article may have been a bit unbalanced, but it inadvertently may have helped the conversation.

As Coxos legend, Tiago Oliveira posted in an online comment section, “It’s about time we all get together and address the problem to the real perpetrators of the stupidity; the politicians in the highest office instead of trying to shoot the messenger.”