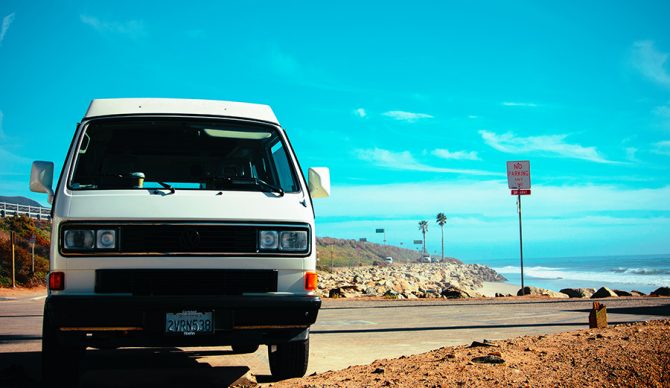 It goes without saying that the closer you can park to the surf, the better, and when it’s rent free? You know the rest of that story. We all do, because camper vans and surfing go together like, well, summer and longboarding. It’s a story as old as time: people want to surf, and they want to do it as much as possible for as long as possible. And they could, until California state officials recently stepped in.

Historically, Volkswagen produced what we now think of as the earliest camper vans. Originally called the Volkswagen Type II, due to the VW Beetles already being in production, the release of the Type II during the late 1960s was timing like no other. Throughout the entire decade, surf culture was rapidly gaining in popularity, much to the resentment of “core” surfers. Nonetheless, improvements to the VW van only allowed for surfers from all walks of life to enjoy more surf travel and lives built around the waves.

And build around the waves people did. Almost 70 years later, surf culture seems to have adopted vanlife completely. With newer, better options, such as the Mercedes Sprinter van and the Ford Transit, more people are switching from renting to owning vans instead of owning houses. And while high costs are a barrier for many, some people are getting creative and designing their own DIY conversion van setups.

Drive along the PCH and you’ll see people camped out on the rocky roadside, sometimes enjoying the sunset in collapsible chairs or hammocks. For the most part, vanlifers are mellow, quiet, and unobtrusive to the general public.

Why? Reasons cited include decongesting streets, eliminating excess noise, keeping cities clean, and removing the homeless population from public areas. But overnight parking bans are not removing the homeless population, and they are causing unnecessary problems for surfers and vanlifers, who do not necessarily raise the same safety concerns. Weekend campers pack trash in and out. Vanlifers tend to have their own waste disposal methods. And surfers are just sleeping on the street to surf. Surfers don’t want to be on the street as much as homeowners don’t want them there. Surfers want to be, well, surfing.

It’s true: L.A. has a steadily growing homeless and shelter crisis, and many people would prefer not to live next to an RV. But banning people from sleeping in their cars is not solving the problem — in fact, this ban is only making things worse.

Because people sleeping in their cars full time are doing so because they have no other options, eliminating car living as an option is only displacing, not removing, people from public areas. Where are these people suddenly going to go? At best, a designated safe parking lot. At worst, a residential neighborhood or another more intrusive area. Banning overnight parking in public places is a lose-lose for everyone.

Mel Tillekeratne, executive director of The Shower of Hope, stated that a law banning overnight parking “is going to directly contribute to these people being on the street.” And people camping in tents or sleeping bags is surely less sanitary than camping out of a vehicle.

While the parking bans are seriously and negatively affecting homeless populations, they’re affecting regular car campers, too. Surfers already have a hard time finding legal places to camp on the California coast. Campsites get booked up months in advance, beach camping is off the table, and it goes without saying that California real estate remains the most valuable in the country.

There is a stark difference between spending one or two nights parked somewhere and permanently residing in that spot. A parking ban designed to remove permanent vehicle residents from the streets is displacing people with no options, but it’s also preventing harmless car campers from enjoying a public parking spot for one or two nights.

Furthermore, banning people from living out of their vehicles and enjoying California’s natural beauty is a slap in the face to taxpayers who cannot afford beachfront property but still pay to live in the state. Should California really be closing off ways to get outside? People pay to enjoy the natural beauty. They shouldn’t have to live in a mansion to do so.

Vanlife offers some relief towards these rising costs of living. In Santa Cruz, one vanlifer says he turned to the road because he was paying $500 a month for a shared room in a rat-infested building. For those determined to live by the ocean, sometimes sacrifices must be made. And if people are willing to give up having a house to surf, they should at least be allowed to sleep in their van.

To eliminate bias, we can test this ban through a philosophical theory. Utilitarianism asserts that actions are right so long as they maximize happiness for the greatest number of people. Many people enjoy car camping by the ocean. Most of these people are harmless. A few residents may be bothered by overnight parking. But why is California banning overnight parking when it benefits the many and only inconveniences a few already wealthy enough to live in a house by the ocean?

Vanlife offers simplicity: close proximity to surf, cheap living conditions, more self-sufficiency than renting, and the daily opportunity to travel. Vanlife also offers the potential to optimize time surfing and minimize practically everything else. And vanlife benefits the many. But when street parking becomes as problematic as regular housing, the state will be facing even bigger problems.