The Local Surfer Is Becoming a Thing of the Past 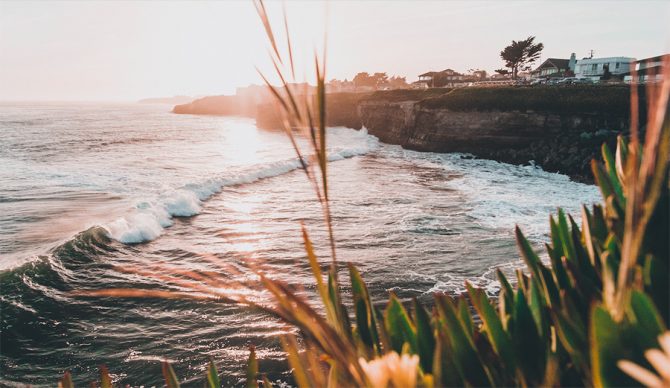 Oh, to own the house on the hill. As if. Photo: Simon Shim//Unsplash

Somewhere in Santa Cruz, Calif., a handful of lifetime local surfers scores reeling, emerald barrels at a secret spot with nary a non-local in sight.

Meanwhile, that same day at Steamer Lane and Pleasure Point (Santa Cruz’s flagship breaks), a barney apocalypse of nons outnumber the locals 9-to-1. Sheesh, the multitude of man buns and Wave Storms (did you know Santa Cruz Costco was one of the first places Wave Storms were sold in 2006?). The safety factor is down. Way down. And the respect levels, on both sides, are in freefall.

I enter as Exhibit A the idea that when it comes to the saying “There goes the neighborhood,” not all neighborhoods, or surf breaks, or even local surfers for that matter, are created equal. At least not yet. That’s because everything from real estate to price of living to taxes are making localism, and locals, a thing of the past.

“Certain spots have opened up over time that used to be sketchy,” says Evan Slater, a marketing director at Billabong who’s a San Diego local now but grew up in Ventura. “In those high pressure areas where the gnarly locals are less of a presence now, you can definitely see the effects.”

“People move into an area and bring their norms with them,” says Rick “Frosty” Hesson, a Santa Cruz local since the 1960s, and subject of the feature film, Chasing Mavericks. “And they expect the area to change for them.”

Wave Stormers are changing the complexion of the name spots in California because at least one variety of local, The Enforcer, is already extinct. Those alpha silverbacks, who once struck terror in the hearts of, well, everyone at breaks up and down the coast from the 1950s to the 2000s are gone, thanks to the spotlight of social media, legal precedents, the declawing of age, incarceration or death.

It’s the remaining locals that are now endangered. And not by fists, but a fistful of dollars. Why? Because it’s getting harder and harder to do the local shuffle; to subsist within the economic margins so you can live close to your spot and stay committed to surf time.

“I remember one house on Pleasure Point in the 1960s where five guys were sharing the rent, which was $50/month,” Frosty says.

Living in Santa Cruz in the 1990s, I covered all of my bills waiting tables just three nights a week. Surfed multiple times per day. Paid $600 for a one-bedroom apartment that was walking distance from The Lane. I found my 1994 income tax return. Claimed $14,978.

In 2000, surfers in California paid around 30 percent of their income for a place to hang up their wetsuits. Now it’s 45 percent. That same one-bedroom apartment I had in the nineties rents for $3,595 today. 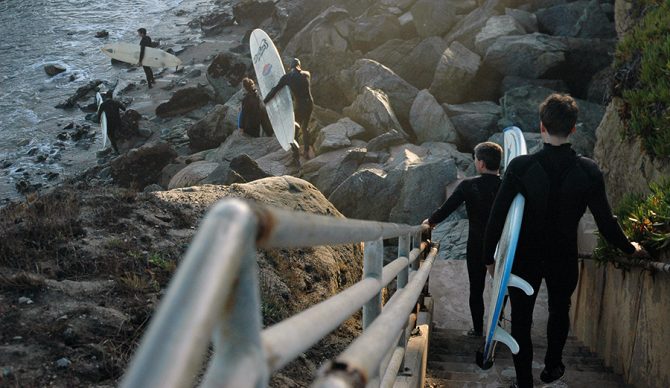 You from around here? It’s highly unlikely. Photo: Unsplash

Need I go on? About median home prices in California being double the national average ($1.2 million vs $600k)? The taxes being the highest in America? Or the cost of everything else here being cuckoo, from gasoline to gummy bears?

The ballistic rise in the cost of living is making so many locals, surfers or otherwise, move out of California that for the first time in 170 years, the state has lost a representative in the House of Congress.

But not everyone is leaving.

If you’re a local and can still afford it, it’s probably because you’re grandfathered in. You paid off your house, or you inherited one, and now only owe property taxes at 1970s or 1980s rates.

But what about your children? Two of Frosty’s kids moved to Colorado. I plan to use my inheritance to buy homes for my two groms so they can continue to live, and surf, where they grew up. Because unless they get jobs at Google, they won’t be able to do it on their own.

It used to be called gentrification, now it’s “income sorting.” When the people coming into an area make way more money than the people bailing. It’s this influx of the nouveau riche coupled with a housing shortage that is pricing locals out.

I like to use Chip as an example (not his real name). He works in tech. So does his wife. They moved to San Francisco in 2015, and bought a house close to the beach. Like a good Millenial (they must have it all, you know; a career and a life). Chip started surfing. 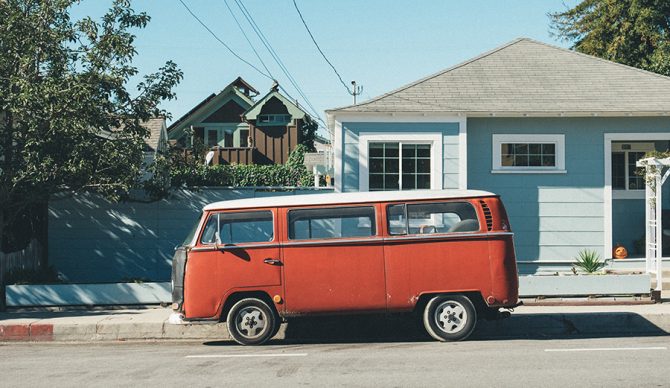 The most affordable cottage for locals these days. Photo: Matt Jones//Unsplash

“You hear the stories about localism, so I stick to the beginner spots, or the inside of the main spots.” Chip told me. “You have to respect people that have been surfing there for 20 or 30 years. Actually, a few of the local guys have been really cool.”

But Chip won’t always be a beginner. Someday he will want better waves, and decide that he has a right to surf even that stash spot in Santa Cruz where the locals are making their last stand. With so many Chips moving into the area, it really is only a matter of time.

The truth is, we’re in this together. This crowded future. Fortunately for us, California is a big place.

“There is plenty of room for more surfers,” Slater says. “And there are ways we can all participate without it becoming problematic.”

Agreed. But if we can’t figure it out, I’m gonna buy a massive house with acreage in Nevada, figuring global warming and sea level rise will make me the first local there someday.