Wavestorm Is No Longer In Costco: Here’s Where You Can Find The Iconic Soft-Top 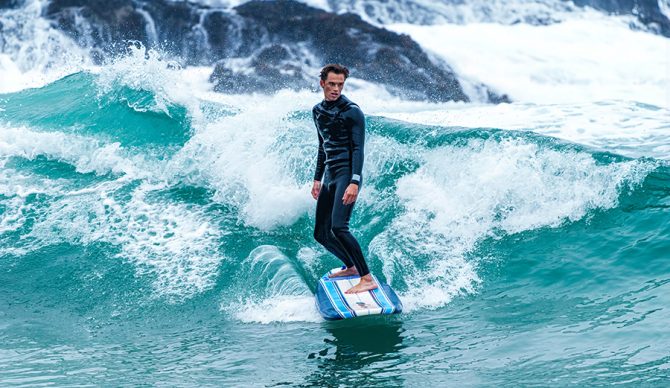 Any surfer under 50 (unless they’re lying) has enjoyed a Wavestorm at one time or another. Easy to paddle and inexpensive, the foam-covered boards make for the perfect small-wave weapon – if you’re not sold on the traditional log. They’re ideal for teaching kids on, impervious (nearly) to shorebreak, and simple to find. Well, not as simple as they once were.

Wavestorms, as you may have noticed, are no longer available at Costco, where for years one could easily purchase the iconic, multi-colored rides by simply borrowing mom’s membership card. But alas, Wavestorm’s availability at the wholesale giant’s cold warehouses has ceased to exist, replaced by a Gerry Lopez-branded soft-top from California Surf Co. Where can you find Wavestorms now? More on that in a minute but a quick review, first.

Wavestorms, which, let’s be honest, have spawned a whole industry of soft-tops from surf-specific brands, first became available in Costco in 2006, manufactured out of Taiwan by a company called AGIT Global. After testing a number of prototypes, AGIT, which already had a relationship with Costco as a producer of foam snow toys, took its board to market. “I think we all thought we could change an industry that was a little static and stale,” AGIT’s Matt Zilinskas told me. “We launched a test program that was the original Wavestorm for $99.99, a plain blue board. We put it in 10 different Costco locations in California, Santa Cruz being one. I remember holding my breath, crossing my fingers thinking, ‘I hope this goes well.’ I  got a call from the Costco people a week later. They said, ‘How quickly can you make a lot of these?'”

The rest, of course, is soft-top history. The boards expanded into places like New Jersey, Florida, and Oregon and suddenly, raiding iconic surf breaks with over-stoic, over-serious vibes using soft-tops or pulling into impossible shorebreak barrels became a thing. “Fifteen years later we’ve gotten countless stories, videos, articles, I wish I would have saved a model from every year,” Zilinskas said.

The operation has changed, though. Zilinskas says Wavestorm’s proud of the brand’s affiliation with the Taiwan manufacturer they work with as they continue to try and improve their environmental footprint (one of the its biggest concerns, I’m told). They’ve also brought warehousing to Irvine where they’re working to get the boards into more traditional surf outlets (although they continue to be available on Amazon). 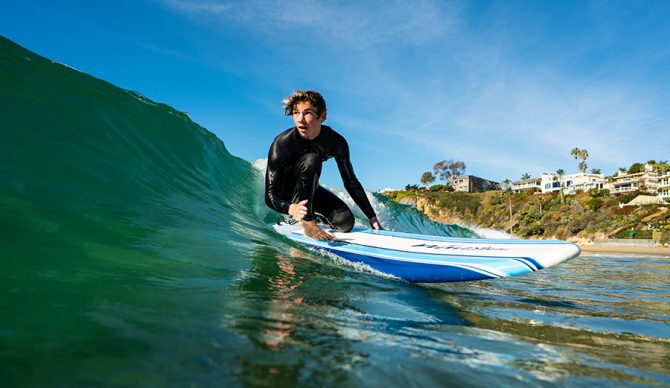 As for improving a time-tested design that’s heavy on user-friendliness and light on performance? Don’t expect that to change much. They’ll improve the design with things like longer center fins, enhanced materials and different-sized templates, but as the old business acumen goes, if ain’t broke down, don’t overhaul it. The board has taken on a life of its own.

“Really at its roots, the Wavestorm was designed to give people an opportunity to surf,” Zilinskas said. “It truly worked. In some ways, maybe it ticked off the hard-core surf community because it got more people on water. But it’s come full circle. Most every experienced surfer has probably tried and enjoyed a Wavestorm, or even has three in the garage. We weren’t trying to capture the experienced surfer. It happened organically. But when we did, that’s when I felt the brand became cemented in surf culture.”